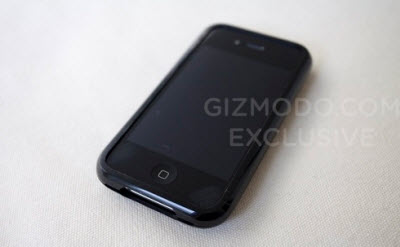 Police are investigating the case of the lost iPhone prototype, which was left by an Apple engineer at a bar and subsequently sold to the blog Gizmodo for $5,000.

CNET reported that Apple has spoken to local police in Silicon Valley about the circumstances behind the disappearance of the iPhone, and it’s believed the investigation is being led by a computer crime task force of the Santa Clara County district attorney’s office, which has jurisdiction in the county that includes Cupertino, Calif., where Apple’s headquarters are located.

Editors at Gizmodo.com, a site owned by Gawker Media, have disclosed a lot about how they came to get the iPhone prototype, which is believed to be a version of a product that won’t ship for months. Apple closely guards these prototypes, since its design and innovation are how it sets itself apart from clone phone makers.

A 27-year-old Apple engineer left the phone by accident at a bar in Redwood City, Calif. He frantically went back to find it, but it wasn’t there. Gizmodo editor Brian Lam wrote that whoever found it tried to return it to Apple but had no luck. Then the finder approached Gizmodo, which paid money for it. CNET said it couldn’t determine which party the police were investigating. Apple sent a letter asking for the prototype back and Gizmodo returned it, after taking the phone apart and spilling all of the secrets it could.

The incident has received huge coverage, with much of it focused on the unlucky engineer. Last year, an employee at one of Apple’s contract manufacturers, Foxconn, in China committed suicide after his employer’s security staff put pressure on him for losing Apple iPhone prototypes.
The investigation shows that Apple still takes its security and secrecy very seriously, as past attempts to sue bloggers have shown. And it also shows that the media may be on fuzzy legal ground when it buys property that clearly belongs to somebody else, in effect receiving a stolen good.
CNET wrote that under a California law dating back to 1872, anyone who finds something and knows who the likely owner is but “appropriates such property to his own use” is guilty of theft. A second state law says that any person who knowingly receives property that has been obtained illegally can be imprisoned for up to a year. On the other hand, the First Amendment protects the press from disclosing confidential sources.