Samsung is showing off a new Samsung Round 360 video camera for virtual reality at its Samsung Developer Conference in San Francisco.

The new camera can capture 4K video in 360 degrees, allowing a viewer to see everywhere at once in either a livestream or recorded video. The Samsung Round 360 has 17 camera lenses, and it will be available in the fourth quarter.

I got a hands-on look at the Samsung Round 360 at the SDC event. The camera’s real-time video output looked great on a Samsung 4K monitor. But it was pretty blurry when I watched it on a Samsung Gear VR headset with a Samsung Galaxy S8 screen. 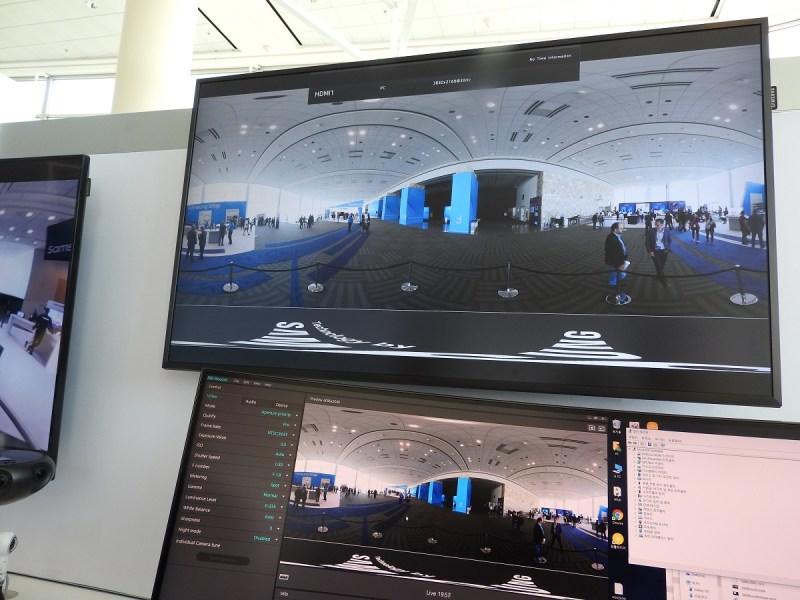 Above: The output from the Samsung Round 360 looks great on a 4K monitor.

Samsung Electronics vice president Taeyong Kim also said in a session at the Samsung Developer Conference in San Francisco that the company is also working on a new version of mobile VR technology. That one has six-degrees of freedom for its controller as well as inside-out tracking.

Samsung first shipped its Gear virtual reality headset in 2014. It works with a Samsung mobile phone as its display, and its controller has just three degrees of freedom right now. That limits the input system for the device. With six degrees of freedom, Samsung will be able to add full 3D sensing of where your hands or possibly even fingers are in VR, just like with the more expensive, PC-based Oculus Rift. 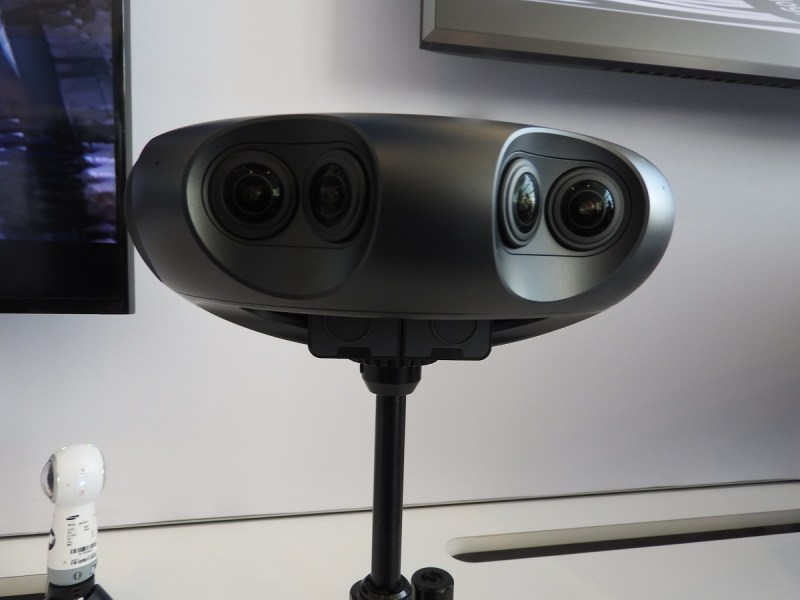 Above: Samsung Round 360 was on display at the SDC event in San Francisco.

The advantage of the Gear VR has been its low price of $100 and its wire-free mobility. With improvements in tracking and controller accuracy, mobile VR could be much more appealing, Kim said.  Samsung has already shipped millions of Gear VR units, but it hasn’t said how many lately. There are more than 1,000 apps in the Oculus store.

The Samsung Round VR will be a more expensive solution compared to the consumer-oriented Gear360 VR camera, which costs $125. The new camera can capture VR imagery with full 3D audio. It has low-latency for livestreaming, one-step stitching, and simple editing functions. While the Samsung Gear360 camera has only two cameras, the Round VR has 17 and can capture far more data. The Samsung Round 360 doesn’t have a price yet.

Each camera has a 1/2.8-inch, 2 megapixel image sensor and f/1.8 lens. The Samsung Round 360 also has six audio microphones, LAN or USB-C connectivity, 10GB RAM and 40GB of internal storage, with expansion slots for more. It weighs 4.25 pounds. 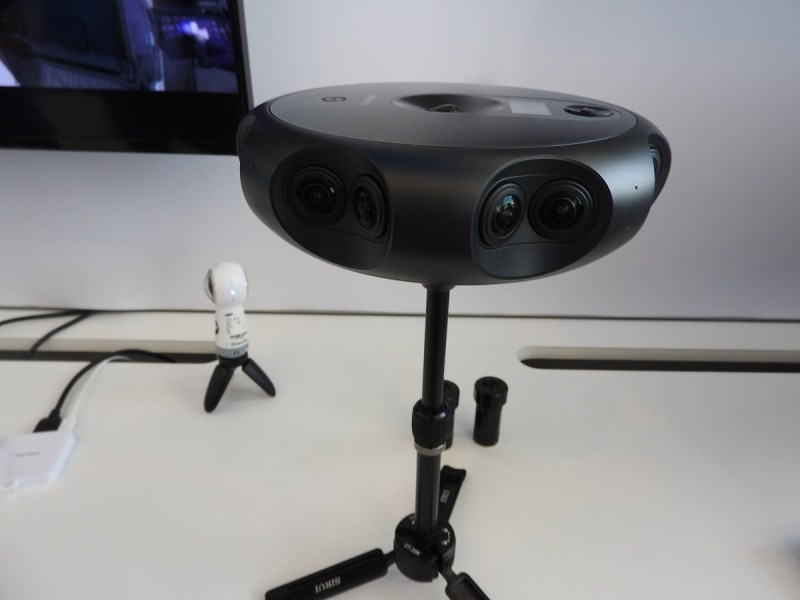 Above: Samsung Round 360 up close

Samsung posted a 360-degree video of the Coldplay concert in August, and viewership saw a big bump. 360 videos are popular in the music and sports worlds, as they let fans see the view from any seat in a venue, Kim said.

He also said the Samsung VR Cloud Tools for creators will provide analytics for consumers, telling people through heat maps where someone is looking while watching 360 video.