The Sandbox has raised $2.01 million in cash and cryptocurrency so that it can built out its blockchain-based game world, dubbed The Sandbox.

The company raised the money as TSB Gaming, a subsidiary of Animoca Brands, in the third quarter of last year, and it’s reporting it now as permitted by regulatory authorities. Investors included Square Enix, B Cryptos, and True Global Ventures.

All told, TSB Gaming has now raised $4.51 million to date. TSB is now a standalone company called TSB Gaming, and Animoca is a major shareholder. The company will look for more funding in the future in equity but also in cryptocurrency token (SAND) sales to be used inside the gaming platform, said TSB Gaming CEO Arthur Madrid in an interview with GamesBeat. (Players can use the cryptocurrency to play, to trade in the marketplace, and to stake for governance). 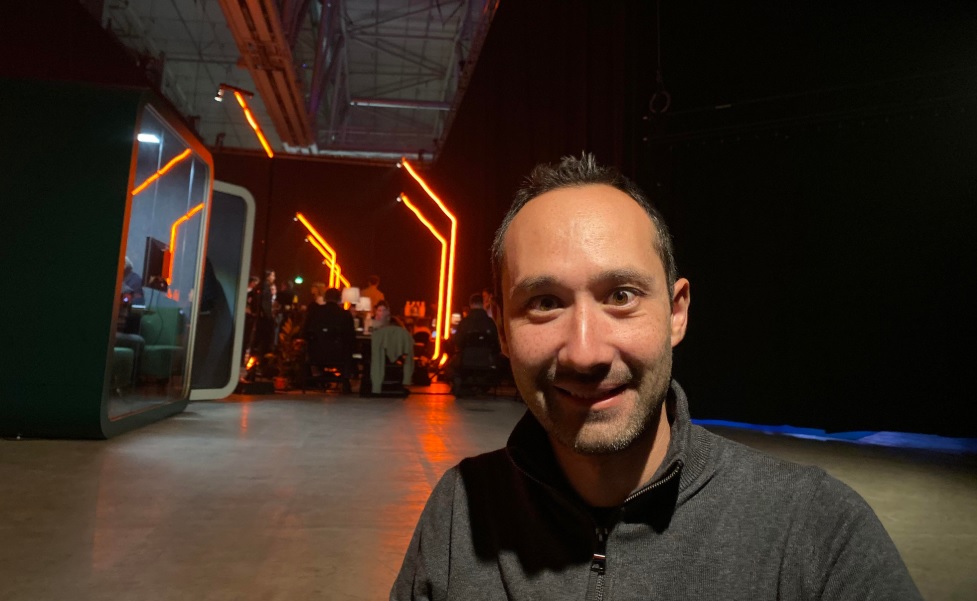 Above: Sebastien Borget is COO and president of Pixowl and TSB Gaming.

Blockchain is the transparent and secure decentralized ledger that can be used to verify the authenticity of digital items. That makes it useful in virtual worlds, where it can verify who created or who owns a user-generated item, and it allows players to take digital items that they own from one game to another.

The blockchain version of The Sandbox (which has existed in non-blockchain form for eight years under Pixowl, which Animoca Brands acquired in 2018) will be a virtual world where players can build, own, and monetize their own voxel gaming (blocky graphics) experiences on the Ethereum blockchain.

“We’re targeting a very specific audience that views this as very exciting and unique,” said Sebastien Borget, the president of Pixowl and TSB Gaming. “Very few people and few companies know about this concept of selling virtual land. But you will be able to play our games without even knowing that it has blockchain features.” 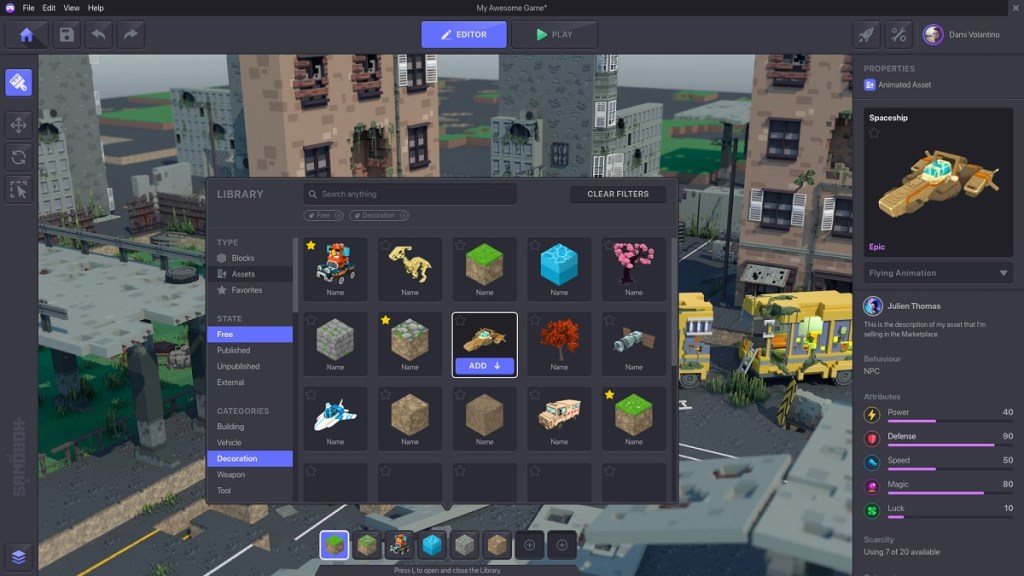 Above: Players can make their own assets for The Sandbox.

It is one of the first decentralized, community-driven game platforms, providing users with true ownership of their creations as non-fungible tokens (NFTs). That means they can be verified as one-of-a-kind items.

“Our decentralized game platform, our virtual world, a marketplace where we run the presale of land — all the different products that we’ve presented are being developed with our team of 40 people,” Borget said.

The game is expected to debut in the second half of 2020. In the meantime, one of the things that blockchain enables The Sandbox to do is sell plots of virtual land. The Sandbox sold more than 10,000 sections of virtual real estate, raising 1,300 Ethereum, a type of cryptocurrency. The value back in December/January was about $400,000, and the company was able to convert that to regular currency. (More recently, the price of Ethereum plummeted so that it would be worth $174,525 today).

Over time, the company hopes to sell about $22 million worth of land.

“Eventually, we think players can make money on a secondary market, selling their land,” Madrid said.

The next land presale begins on March 31. The Sandbox game originally started with Pixowl, which was acquired by Animoca Brands. The Sandbox game franchise is one of the world’s largest independent user-generated content and gaming platforms, with 40 million downloads and over a million monthly active users. The upcoming voxel-based blockchain version of The Sandbox will introduce new creative and commercial possibilities by allowing users to create voxel items and gaming worlds from the digital equivalent of building blocks. 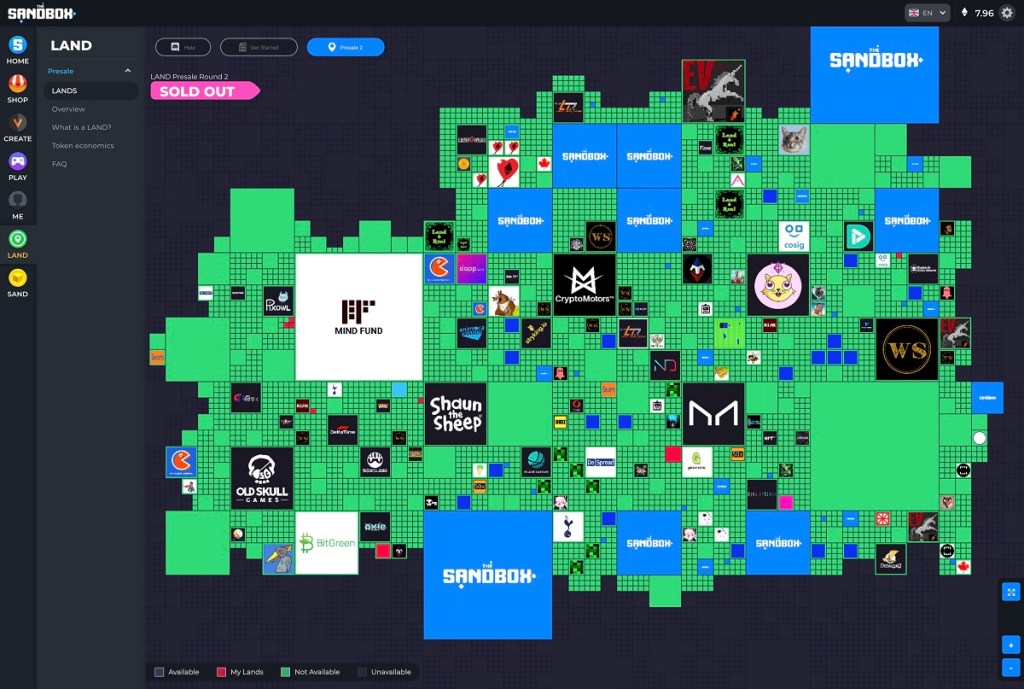 Above: Sales of virtual land generated 1,300 Ethereum in The Sandbox.

“For the world, we have over 50 partners which include brands for gaming companies and blockchain companies,” Borget aid. “We’ve been looking for what comes next after free-to-play games, and we believe that the use of non-fungible tokens (uniquely identifiable) will give players both ownership and the ability to sell scarce items. We hope to bridge the gap between blockchain and traditional gaming.”

Where players will notice is with the kind of rewards they can get from gameplay, such as currency that can be converted into something valuable.

“And we believe that will make players more engaged,” Madrid said. “The more you play, the more you earn and the more assets you get. It’s like teaching them in the moment that they’re going to benefit from it. By contrast, a lot of other blockchain games are not doing good onboarding right now.”