CES 2017, the big tech trade show in Las Vegas last week, was loaded with augmented reality smartglasses, which layer digital animations and information on top of the real world. They promise us wonderful connections between the digital and physical worlds, and games where we can chase cartoon characters through our own furniture.

Mainstream venture capitalists pumped up startups in virtual and augmented reality in the third quarter, with a record $2.3 billion invested in the last 12 months, according to tech advisor Digi-Capital. And the company predicts that AR will be a $90 billion market by 2020.

I talked about this great promise of AR on a panel at CES with Jeri Ellsworth, cofounder of CastAR, and Nick Beliaeff, vice president of production at Spin Master Studios, a toy company that recently launched its Air Hogs Connect: Mission Drone game.

Nick Beliaeff: I’m the VP of production at Spin Master Studios. That’s a division of Spin Master, which is a 20-plus-year-old toy company. My job is to bridge the gap between physical play patterns and digital play patterns as connected devices become more accessible to the kids of today. They’ve stopped playing with toys, because it’s such a compelling medium. It’s my job to re-engage them and go from there.

One thing we love about AR is how it’s such a natural pair with physical play. We’ve been investing in it since 2014. We released our first product late last year, called Mission Drone, where you transform your room into an AR sci-fi universe and fly a real physical drone while you fly rescue missions and battle aliens. Our next one, which we’re showing over at Luxor, is Nitro Boost, with multiplayer RC car racing on different circuits. What’s cool about AR and connected toys is we can do stuff with a physical RC car crashing into an AR virtual car and spinning out. There’s a certain magic to the experiential nature of AR. We’re huge fans. 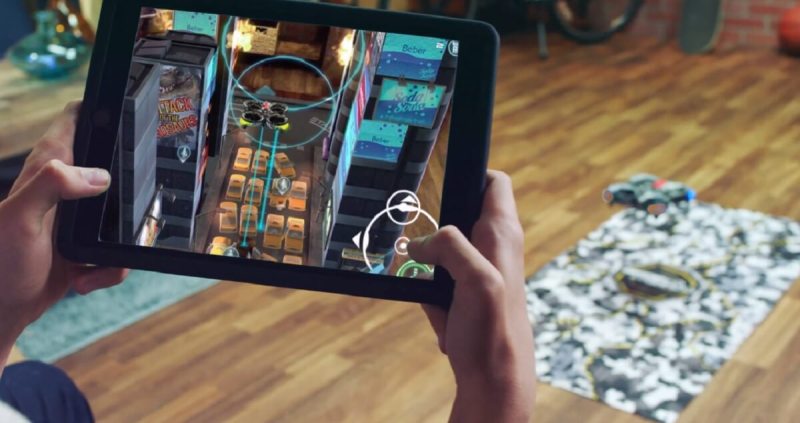 Jeri Ellsworth: I’m an inventor. I’ve been an inventor my entire life, and also an entrepreneur. I got my start building and driving race cars in my first career. I opened up retail computer stores after that, at the height of the internet boom in 1995. Eventually I moved into electrical engineering and product design, and toy design as well, which is a very fun field.

I ended up at Valve Software running their hardware department, putting the team together that created the HTC Vive. We were tasked with exploring how to bring new gamers into the Steam platform. Just recently, in the last few years, I founded a company called CastAR, where we’re making AR glasses that allow you to blend virtual graphics with real-world objects on your table.

GB: There are predictions from Digi-Capital, a tech advisor, that AR is going to be a $90 billion market by 2020. Three times the size of virtual reality, goes their prediction. They’re very bullish on AR. I wonder what, as far as the backdrop goes, or how far back the thinking around AR goes in history — what sort of science fiction dreams inspired you to think about AR and get into AR?

Beliaeff: The one that spurred us at the toy company came from the head of our Air Hogs division, the RC division. He’s also a very big Star Trek fan. He wanted a holodeck experience with his toys. That’s where Mission Drone came from.

Ellsworth: I’m another huge Star Trek nerd, and Star Wars of course. When I saw holo-chess as a kid, I didn’t know what the gameplay was, but I wanted to experience that someday. All the sci-fi didn’t necessarily push me directly to AR, though. It was all the combined inputs and outputs and the blending of your digital experience. That excites me. Where are we going in the next 10 years? It’s going to be a blend of all our digital content into the real world in a seamless way. Science fiction predicts that for us. 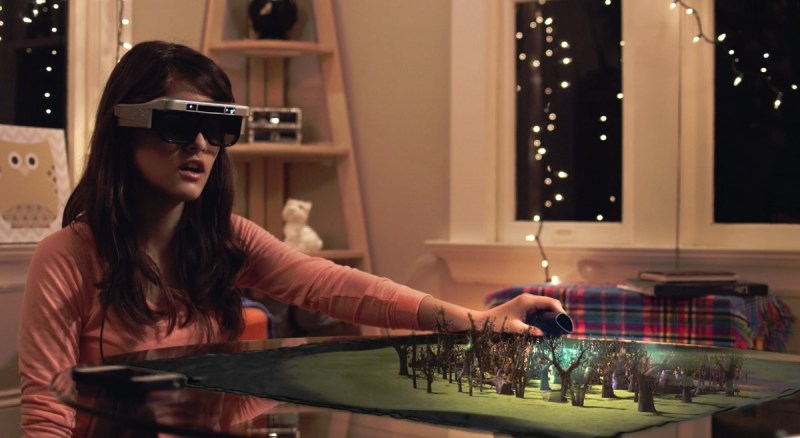 GB: We have that very bullish forecast right now, but that wasn’t always the case. Where do you think we got this turn for optimism about AR?

Beliaeff: There are a few different touch points. Some things you don’t necessarily think of as AR that are technically AR, like the weather person doing the weather in front of a green screen. It’s been fairly pervasive, but it just hasn’t been labeled. There’s a bit more awareness there.

Meanwhile, the technology you guys all have in your pockets or in your laps — your smartphones and tablets and even PCs — have gotten powerful enough that there’s enough horsepower to run this technology. The software has also advanced a lot as well. SLAM, simultaneous localization and mapping, is getting more accessible. As hardware and software mature, awareness is driven by wonderful things like Pokemon Go. That’s not the perfect implementation of AR, but it drove awareness like nothing else.