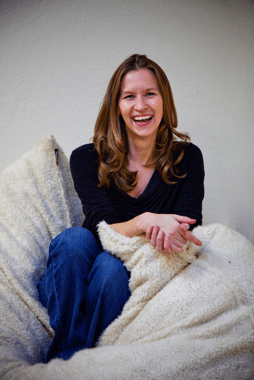 We’ve seen much speculation in the past month about Facebook’s impending virtual currency tests. Its initial forays will be, by all accounts, relatively simple and small. But it’s the potential of “what Facebook could do” that has everyone talking. Yes, it’s cool that in the short-term, application developers will be able to use its “credits” currency to make money, and it’s nice to see Facebook making a smart business decision, but there’s a larger and more serious question:

Can Facebook introduce a universal virtual currency that makes it easier and cheaper to buy/sell virtual and real goods?

The short answer is yes.

But they’re not the only ones eyeing the market. From startups like Jambool and SpareChange to behemoths like Apple and PayPal, companies of all sizes are preparing to chase the modern alchemist’s dream of turning virtual coal into real dollars.

For those of you reading this who aren’t sure what a virtual currency is (love you, Mom), let’s do a quick primer. In the real world, we’re used to sovereign/fiat currencies, which serve as a standard unit of account and representation of value within a given economy, facilitating all types of trade. Virtual currencies do the same thing, except that the economy is online, and they are backed by private companies (here’s a more in-depth discussion of how we define virtual currencies).

Virtual currencies have gained popularity because they reduce two major points of friction – consumer inconvenience and merchant cost. A user enjoying a social or gaming experience doesn’t want to be pulled away to enter payment info, and the seller doesn’t want to pay transaction processing fees that were scaled for more expensive purchases. As transactions have gotten smaller and more frequent, reducing friction has become a key driver for increasing overall revenue.

Enter virtual currencies, which allow customers to buy a chunk of virtual money with real world money. It’s one processing fee, and then the consumer can spend the virtual currency over time for no additional fees (essentially lowering effective transaction costs) and without leaving the application.

A universal virtual currency extends across a host of applications. Instead of each application having its own micro-economy, they puddle up onto a shared currency system. Vertical examples include Microsoft Points, SparkCash, and Hi5 Coins.

Why You Can’t Buy Lisa Dollars from Twofish

I have a pretty unique view on the space, simply because my company, Twofish, markets a virtual economy data platform that was actually built to manage and optimize exactly these types of universal currencies. Sitting here with a world-class infrastructure and watching the market evolve relatively slowly, we’ve stopped several times to (re)assess whether or not we should launch our own Twofish-branded currency.

I’m not going to lie, I really love the idea of having everyone spending Lisa Dollars all over the internet, but at the end of the day, we’ve chosen to white label for brand partners and not launch a Twofish currency for a fundamental reason: We’re a startup, and a universal currency should come from a trusted consumer brand that has the resources to promise—and provide—customer support, stability, and security, as well as the scale to attract an appropriately diverse set of economic partners.

No matter how great your technology or how much you want to be the central bank for all of the virtual coins of the world, it’s just unrealistic to think that mass consumers will be willing to entrust a significant portion of their income to a startup tech company (note that I do not consider the people who invested in Second Life’s Ginko Financial to be representatives of the mass market).

Importance of Brand and Scale

When virtual currencies were just a fanciful piece of game play, the need for that brand promise was low. But now that we’ve started thinking about universal virtual currencies that carry real world value across the Internet…well, they’ve become tangibly important, and a new level of care is expected. The brand needs to be trusted and recognized.

A large brand can also attract a more diverse and plentiful set of partners, which is important from an economic theory perspective. At the risk of glazing over some eyes, consider what’s called the Optimum Currency Area (OCA), the optimal geographic domain of either a single currency or several that are permanently pegged together. An optimal area has labor mobility, price and wage flexibility, open trade, diversification in resources/production and consumption, and fiscal integration, so that when the global economy shifts, the region has the flexibility to optimize its monetary power through different resources.

Following OCA theory, a small, land-locked country, like Luxembourg, or even Austria, doesn’t have enough flexibility to optimally support its own currency. But if you put it together with the surrounding 26 nations, take away trade barriers, and build a great rail system… well, now you understand the EU.

My point is that the same principle applies to online economies—let’s call it the Optimal Virtual Currency Area (OVCA). For a shared virtual currency to take hold and maintain its long-term stability, it needs to be accepted across multiple verticals (i.e., not just games or SNS apps), it should have open trade and dynamic pricing (so that users can buy or earn a currency in one app or platform and sell in another), and it needs to have some loose infrastructure or clearinghouse to step in and balance when needed.

So who can succeed?

Remember, were not talking about a small gaming currency here. We’re talking about the potential to create a global virtual wallet system that extends and simplifies all types of commerce.

It’s just not going to come from a startup. But there are several companies that I think could make a massive and transformational shift, though they each have very different motivations:

I don’t think Facebook sits around thinking about virtual currency domination. Rather, the mantle has been thrust on them by demand and the evolving nature of their application developers. Time will tell if they decide to embrace and run with it, but if they do, they can continue to diversify their business outside of the core social network and start leveraging the power of the transactional graph.

PayPal’s motivation should be much different. They need to think about blocking someone else from coming into their space and replacing their “e-wallet” with a “v-wallet,” which would be designed to essentially circumvent existing fee structures. PayPal used to be at the forefront of lower-friction commerce, but now they’re risking becoming one of the old boy network if they don’t innovate. If I were them, I’d start here.

Apple has the best interface (iTunes) and the most goodwill, and they’ve expertly managed expectations around their mobile micro-transactions, so that people love them even when they’re late to the game. What’s interesting about Apple is that an iPhone-friendly virtual currency can wreck the carriers, who are still charging exorbitant fees for mobile payments.

I also think that Amazon is well-positioned to outflank PayPal and start consolidating v-commerce into their existing e-commerce model. It’s also a great fit for some of their long-term ideas for the Kindle.
Then there’s that most ubiquitous web company of all… Google. Why wouldn’t they move to beat PayPal in the v-wallet space? Particularly since they are so focused on analytics and understanding massive amounts of information.

The War is Coming

All of this is not to say that there will be only one currency. There will always be places for specialized currencies, as well as tools to clear/exchange different virtual currencies.

But the domination that would come from a consumer-embraced universal virtual currency is just a massive opportunity. And while right now it’s just startups, game-centric portals, and minor social networks who are playing with shared currencies, Facebook’s impending tests are going to escalate the current skirmishes to-all out battle.

The universal currency wars are coming. It’s going to be interesting to watch.

Lisa Rutherford is President at Twofish, based in Palo Alto, California.