Adtech consolidation is no longer just talk, but a reality that hundreds of small tech companies propped up by VC funding are about to face.

Industry leaders have been talking about the impending consolidation of adtech for years, and we’re all still waiting. However, after much talk, adtech consolidation is finally going to happen — and it all comes down to funding. The reality is that hundreds of small technology companies are being propped up by VC dollars that were given with the huge revenue potential in the advertising sector in mind, but without a full understanding of the sector. But the market is starting to shift, leading VCs to reduce funding to adtech companies and forcing the industry to consolidate. This is actually good news. The market will recalibrate, and companies that offer an innovative and differentiated suite of products and services will be poised to grow.

Several years ago, almost any adtech company was eligible for serious funding offers from multiple VCs. Funding for adtech was at an all-time high of nearly $3 billion in 2011, according to data company PitchBook. This inflated the value of these startups and created an unrealistic view of the market for investors. Many smart businesspeople and computer scientists branched into the sector to open up their own companies, receiving multiple VC offers with largely undifferentiated innovation — thus proliferating the fragmentation of the sector.

Since then, predictions have been rampant that consolidation lies ahead for adtech. Four major factors have played into this: First, a large wave of adtech companies that were not ready to go public did so anyway, with less than stellar results. Then programmatic became mainstream and made the automated ecosystem more complex to navigate, and the industry faced and was forced to resolve the issue of ad fraud. Lastly, a few industry leaders began to emerge in the space.

Following the influx of private capital, we witnessed a wave of adtech IPOs. A lot of money was coming into adtech, and the strongest companies went public. PitchBook found that there were seven adtech IPOs between June 2013 and July 2014, accounting for 6 percent of global tech IPOs during that period. However, many of these companies found it difficult to create enough value to justify such high valuations. It didn’t take long for Wall Street to notice that many of the companies lacked market maturity.

The industry has experienced many technological and business developments — perhaps most notably the transition from contractual relationships to programmatic-based transactions. Over the years, as computing power and big data technologies became more readily available, programmatic trading became prolific and changed the way the adtech industry worked. With more complexity came an industry that was harder to explain to investors.  The product was better, but fewer understood it.

No one can deny that combating ad fraud has been a rite of passage for our industry. Last year the IAB reported that ad fraud costs the U.S. marketing and media industry an estimated $8.2 billion each year, raising concerns that it could dampen online ad spending and give investors more reason to question the valuation of adtech companies.

Furthermore, we saw a few market leaders emerge in the space: companies offering smarter, differentiated technologies, along with a more holistic approach to advertising. As investors saw these front-runners take on more market share, they hesitated to give small adtech firms funding.

All this has created uncertainty in the market, leading VC funding for smaller tech companies to dry up. It has led to some consolidation in the industry, but with such extensive fragmentation and unrealistic valuations, it hasn’t happened at the pace everyone expected. But it will.

The second coming of consolidation

So why is consolidation actually going to happen this time around? It’s simple. The smaller, private companies that are finding it difficult to deliver real value are going to run out of money in the next 18 to 24 months, and their options are limited. They’ll either find a way to secure another round of funding, which is getting harder and harder to do as the industry moves to a more holistic agency-like approach, or they’ll get acquired at a lower valuation — a much more likely scenario.

We are already seeing signs of consolidation taking place. In 2015 alone, there were 120 major mergers and acquisitions in the industry, along with layoffs at Rocket Fuel, Turn, and PubMatic, among others. According to research from adtech firm OpenX, there were 262 adtech exits in 2015 — IPO, acquisition, or simply folding — and the average lifespan of an adtech company is just six years. We’re about five years out from the VC peak in 2011, so most of these adtech companies are likely on their way out one way or another.  Since 2012, the adtech sector has attracted approximately $1 billion in funding annually, a hefty drop from $3 billion in 2011. The number has fallen lower still: According to PitchBook, adtech firms received approximately $860 million in funding from U.S. VCs last year, the lowest amount since 2010.

Fuse all this with that fact the advertisers are tired of the fragmentation and want a consolidated, holistic approach. ExchangeWire released a study last month revealing that 88 percent of advertisers and media owners are in favor of reducing their number of adtech partners: Too many partners result in higher operating costs and reduced efficiency, and it also gives rise to ad fraud and ad blocking.

Companies that have passed themselves off as adtech when they’re really just networks and others who offer largely undifferentiated technology or are too niche to thrive cannot continue to operate as they do now. Those that used to enjoy abundant VC offers now struggle to get just one or two. These companies are facing the reality that their run-rates now exist on a shorter timetable. Acquisition at a lower value is their most hopeful bet for a prosperous exit.

The silver lining for adtech

M&A prices in adtech have dropped considerably as the market recalibrates and reevaluates the worth of small tech companies. Once there is less fragmentation in the market and VC inflation has dissipated, analysts will be able to truly value the market and see real growth, and stock prices should finally match the reality and potential of the advertising sector. The companies that offer the most innovative and differentiated suite of products and services and put transparency and growth at the forefront of their business models will be poised to succeed. 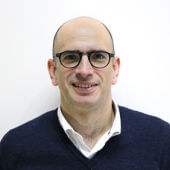 Ido Pollak is an experienced and seasoned digital media entrepreneur and executive. Since 2012, he has served as chief technology officer of Matomy Media Group. Prior to this, Ido cofounded and later served as CEO of TheMarker, Israel’s largest financial media company. He was also part of the founding team of Grouper, which was acquired by Groupon.