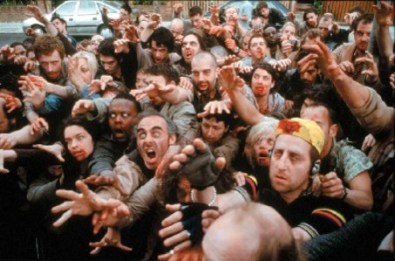 A couple weeks ago, Dan Primack of PE Hub blogged a list of venture capital firms he termed the “VC Walking Dead” — firms that by all indication appear to still be in business but lack the cash to bring new investments on board. This got us thinking. While Dan’s list included 14 firms, there had to be a lot more out there. Maybe they wouldn’t be big ones, or marquee names, but surely more firms petered out, either during the dot-com crash or soon after.

Here’s what we did: We got two big lists from the National Venture Capital Association, one with firms that had successfully raised money in 2000 and 2001, and one with firms that had survived to raise funds between 2002 and the present. We compared them side by side, determining which firms had failed to rope further funding in the last eight years. Some of these firms may not exist anymore — they’re just dead. But a surprising number, many more than PE Hub indicated, have kept the lights on somehow.

Take a look at the Docstoc file below, and you’ll see our full list of the walking dead, highlighted in yello — there’s a huge number of them. Those unhighlighted were able to raise funds in subsequent years.

To highlight a few, one that we found that didn’t make Dan’s list is Walden International. Chairman Lip-Bu Tan told us a while back that he planned to scale back his own involvement in the firm to focus on his role as chief executive of semiconductor company Cadence, but other than that the firm hasn’t commented on its reduced activity. Crescendo Ventures is another firm that may not make it. Managing general partner David Spreng says he still hasn’t given up on raising a fresh fund, but he’s been actively trying for three years now. Hope is slipping out of his hands….so for now, he’s among the walking dead.

There is one other caveat with this list. Due to some incomplete data for 2009, we might have come up with a few false positives. Please let us know if you find one and we’ll make a correction. For example, our methodology had indicated that Bain Capital (which was listed misleadingly as a separate entity from Bain Capital Ventures) was a zombie firm, but we knew it just landed $475 million for its new fund in mid-February, and corrected the record.