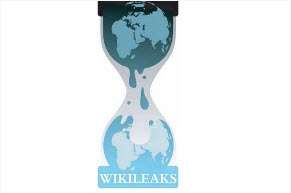 The Wikileaks whistle-blowing web site has been taken offline because its domain name service provider EveryDNS.net has terminated its services.

U.S.-based EveryDNS.net said it terminated services because Wikileaks.org had come under massive cyber attacks. The attacks reportedly threatened its infrastructure and could have crippled 500,000 other web sites. The distributed denial of service attacks (DDoS) are perpetrated by herds of hijacked computers, which flood the web site with requests until it can’t handle the load. Wikileaks verified in a post on Twitter that its domain had been “killed” by EveryDNS.net.

A DNS (domain name service) server is like the Internet’s address book. When someone tries to go to a web site, a DNS server provides the current location of that web site and translates that web site name into an Internet protocol number.

The shutdown comes a day after Amazon stopped providing web hosting services via its EC2 cloud computing service, citing violations of its terms of service, which basically meant that Wikileaks was displaying stolen content. American politicians such as Senator Joe Lieberman pressured Amazon to pull the plug. Wikileaks said that Amazon should get out of the business of selling books if it is so uncomfortable with the First Amendment.

That forced Wikileaks to find a hosting service in Europe. Meanwhile, Wikileaks founder Julian Assange is being pursued worldwide by Interpol and other police agencies because he is wanted on a charge of rape in Sweden. The walls are closing in on Wikileaks because the organization has published more than 250,000 secret cables of the U.S. diplomatic corps, laying bare the stinging opinions of American diplomats around the world.

With the EveryDNS.net shutdown, users can no longer find the Wikileaks web site by typing in an alphabetical address. EveryDNS.net gave Wikileaks 24 hours notice before the shutdown.

The problem for Wikileaks is clear. Cybercriminals can escape authorities because they can constantly shift from one web site or hosting company to another. But a site like Wikileaks wants to stay available to the public at all times. That makes it an easier target for someone trying to shut it down.

The pursuit of both Assange and the attacks on the web site are a test as to whether an organization or individual that thrives on the web can remain hidden and available at the same time. Government agencies are chasing Wikileaks, and I suspect spy agencies are doing the same. It certainly seems like there is a global conspiracy against Wikileaks.

If the shutdowns happen over and over again, it’s quite possible that Wikileaks may run out of havens. Assange said the involvement of companies in the shutdown of Wikileaks amounted to the “privitization of state censorship.”