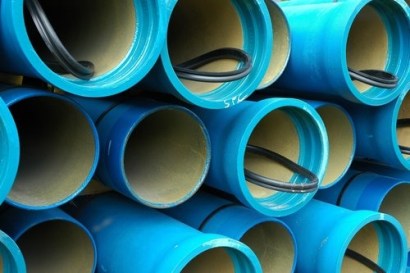 Outdated and decaying infrastructure, skeleton maintenance crews, minimal usage of IT and a general lack of innovation? Welcome to the water business.

Lux Research recently published a report on the state of water infrastructure worldwide, how data could be the future of water, and which startups to watch.

The report estimates the size of the water infrastructure repair (drinking and waste water) market at $17 billion a year worldwide. Cities in the developed world lose on average 10 to 30 percent of their drinking water though leaks. The situation is even worse across much of the developing world, where, in total, water that could supply 200 million people is lost. On the wastewater side (sewers and associated piping), leaks can poison drinking water and cause environmental damage.

Water companies call this “non-revenue water”, since they treat the water but cannot charge for it since it does not reach the user. Losing water means losing money. In a world impacted by climate change, there may also be less water to begin with. Leaks also impact customers’ bills. Atlanta undertook a $4 billion project to repair its drinking and wastewater networks, resulting in the highest water-service bills in the U.S. Even small water companies have hundreds of kilometers of pipes. A town of 50,000 typically has more than 200 miles of wastewater pipe alone.

So how are leaks currently located? It’s a continuous process of monitoring and comparing current system behavior to historical behavior, such as last year’s pipe pressure compared to this year. Having an operator inspect a pipe manually inch by inch is common practice to track down a local leak, as is replacing an entire pipe. Robots can be used in repairs of pipes too small for humans as an alternative to excavating and replacing the whole pipe.

What water companies need to locate and repair leaks more efficiently is a combination of more monitoring data and software to translate it into actions. Monitoring can range from GPS mapping of water lines, real-time water flow monitoring and automated recording pipe conditions using robots. But the most prominent new monitoring technique is smart water meters. Like smart electricity meters, smart meters can send data to water companies several times a day, rather than a few times a year, and reveal inconsistencies in flow that may be due to leaking pipes or stolen water. The problem with meters is that they produce huge amounts of new data that must be analyzed and acted upon. Like electricity companies, water companies need to harness this flow of data using analysis software that can identify and predict problem areas.

One startup the report mentions in this context is TaKaDu which offers water monitoring as a service. The company’s software links to existing sensors in the water network like flow meters. Based on this information, it alerts operators to what problems are arising and where. Although only in existence for two years, TaKaDu already counts Thames Water (which runs London’s water system) as a client. 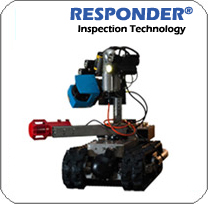 Redzone Robotics uses autonomous robots, which can avoid obstacles, to inspect pipes. The robots carry a battery of instruments including a technology called Lidar (light detection and ranging), which creates a 3D profile of a pipe’s interior. An operator can deploy multiple robots into pipelines and retrieve them at the next access point, replacing the bored man in a truck scanning CCTV.

So what’s next? Google Thirst? Watch this space.