Two weeks ago, I watched the movie Her in preparation for an interview by a Brazilian newspaper. I knew I would find something closer to science fiction than reality, but the movie does have a foundation in reality. It was particularly interesting to see that the future depicted in the movie shows a sincere attempt to reconcile technology evolution with things our eyes and hearts can recognize, like handwritten letters and wooden furniture. I’ve always believed the future of technology lies in making it as transparent as possible so that we can appreciate the human things on top of it.

But the interview was very practical and asked me directly how far we are from this reality where computers can interact with us, learn with us, other computers, and ultimately express sentiments and creativity. In more technical terms, are computers going to pass the 1950s Turing test wherein they can fool humans into believing they aren’t machines? They would need to exhibit human-like behavior. Humans are very good at detecting when something is off.

We inadvertently associate Artificial Intelligence (AI) with humanoid robots or the menace that will eventually have us all fired because computers will be able to do our jobs. AI, however, is more ubiquitous than we realize. You should thank AI for that SPAM email that got filtered from your inbox; for the great Netflix video suggestion you got after watching some movies and rating them; for every time Siri or Google Now get what you asked them in billions of queries; for the stability control system in many cars we drive today; for the tools that recognize what you write with your hands on a tablet; for most of the language-translation tools we use on the web and for the the human-like behavior of the enemies in some of the coolest games for Xbox or PS4, among many other examples.

All of these examples however, come from different field inside AI, like neural networks, fuzzy logic, genetic algorithms, natural language processing, and knowledge based systems. AI is far from being an unified field, and that’s a positive thing. This diversity of approaches also intersect in varying intensities with different knowledge fields like philosophy, mathematics, psychology, neuroscience, linguistic, and biology among others. It is this very fragmented nature of AI that makes it potentially transformative, Rather than revolutionary, AI is an evolutionary field.

What we see in the movie would be classified as “strong AI” or “Artificial General Intelligence,” defined as a “hypothetical artificial intelligence that demonstrates human-like intelligence – the intelligence of a machine that could successfully perform any intellectual task that a human being can.” We don’t have anything slightly close to this nowadays. We are getting better at it by the day.

But, back to the question I was asked: How far are we from what we saw in the movie?

The computer that we carry in our heads evolved for millions of years, and its current state is one of an ultra-efficient organic machine capable of executing an enormous number of parallel calculations and tasks with its 90+ billion neurons and over 100 trillion connections. And it can operate for hours with the energy our body gets from a hamburger. Compare that to the $1 million monthly electric bill of one of today’s most powerful supercomputers.

If we assume that everything that makes us human were to come from our brains and our interactions with other brains and with our environment, there’s no reason to believe that, in the future, computers we build to simulate the brain wouldn’t exhibit human-like behavior.

If we look at examples in the animal kingdom, we see that not only humans show intelligence and that intelligence is directly related to the complexity of the structure of the animal’s brain. Besides humans, only some primates, dolphins, orcas, elephants and — incredibly — a bird called “pica-pica” found in Europe and Asia are able to recognize themselves in the mirror and show high levels of complexity in their day-to-day interactions like communication strategies, social behaviors, and feelings. The pattern recognizers in the brains of all those animals and humans are not different from one another, the difference with humans is that we have more, higher-level ones.

If we believe we can eventually build a computational structure that works like a brain as complex as the human brain, we can hypothesize that Intelligence, self-awareness, self-consciousness, the ability for these machines to learn by themselves and to show feelings could emerge from the complexity of such structure. And from the increasing interactions of these AIs among each other and with humans (in the film, the operating system Samantha interacted with thousands of people at the same time as well as with other AIs,) we will have the opportunity to see unimaginable things happen.

Some futurists, like Ray Kurzweil, who currently works at Google, believe that in the next decade computers will exceed the human brain’s computing capacity (if measured in FLOPS or floating operations per second) and that in 30 years a single computer will have more computational power than all the brains on the planet put together. He makes his predictions based on the exponentially accelerating pace of technology more or less proven right by Moore’s law. If he is right, by 2030 we’ll be able to see something like Samantha becoming a reality. He also believes that by 2045 we’ll have molecule-sized computers inside our bodies and brains, tasked with protecting our health and enhancing our cognitive powers. Our brains could connect to the cloud in order to get its abilities extended. Kurzweil calls this singularity, a term physicists like myself use to designate a point where any further advance of a variable leads to an infinite advance in a correlated other. In other words, machines will be so intelligent that they will make technology advance in a way we humans won’t be able to comprehend unless we connect our brains to AIs.

You might think that 30 years are not enough, but that’s probably because you are thinking linearly. Exponentials make all the difference.

Thirty years ago, when the Apple Macintosh was unveiled to the world, it was considered revolutionary. In 30 years, Apple managed to build a phone whose computational capacity is almost 200 million times more powerful than the first Macintosh. Projecting 30 years from now, the idea that we’ll have a molecule-sized computer, some billion times more powerful than the iPhone of today, isn’t as crazy as you may think.

The fundamental issue I see with these bold predictions is that computational power isn’t enough. Today’s most powerful supercomputer would be able to simulate one second of one percent of our brain, but it would take more than half an hour to do so. I have no doubt that, in terms of FLOPS, by 2045 we’ll have insanely fast computers, but the right software, the one that can run like the brain, is also necessary. Our comprehension of how the brain works and how to build software that mimics it will need to evolve exponentially as well.

From initiatives like the European human brain project, quantum computers (that might prove to be AI accelerators), nanotechnology, and serious advances in neuroscience that are already happening, I believe we’ll have examples of strong AI in less than 30 years or at least AI agents that task themselves with learning all about our universe and its mysteries.

So, in conclusion, and apologies for the SPOILER, the movie Her reaches its point of conflict when Samantha’s interest in music, physics, and philosophy quickly evolves and she and other AIs make the decision to depart from interactions with humans in their quest for knowledge. It is plausible that in a world of ultra intelligent machines, humans would be considered inferior or unable to follow the exponential pace of smart machines. Near the end of the film, it is rather curious that when Theodore asks where Samantha is going, her response is, “It’s hard to explain, but if you get there, come find me. Nothing will be able to tear us apart then.” For me it was an allusion to the idea that humans may one day become immortal by transferring their consciousness to AI agents. For now, this is pure science fiction, but that may become reality when we think exponentially 30 years beyond the next 30 years. 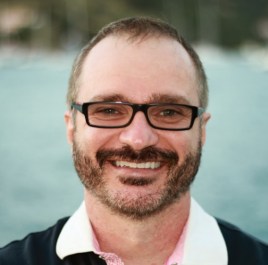