We have a fairly long way to go before computers comprehend human language well enough to translate it elegantly, and until that day comes, the language barrier on the internet seems hard to breach.

Brian McConnnell, founder of the Worldwide Lexicon Project, wants to harness human energy to knock that barrier down. He hopes to foster a web in which volunteers from around the world translate high-quality content and make it available for everyone to read. The organization will soon release a Firefox plug-in, called FireLex, that enables its users to translate any page with a permalink. These translations will then be accessible to anyone else with the plug-in installed.

With the FireFox extension, the translations become overlays, accessible through a globe icon in the corner of the browser. The plug- in allows would-be translators to take the publishers out of the loop.

It relies on a back-end called Marx — short for bookmarks, not communism — which makes translated sites and articles visible to foreign language search engines.

The project is ambitious: Manual translations require significant amount of time and effort, and the flow of content never stops. Creating awareness will be a major challenge, as well. Also, the quality of human translators might not always be up to snuff. But the founder is in it for the long haul. He believes that the organization will either be dead on arrival or a juggernaut in the next few years

It would be a boon to the world if the project takes off. 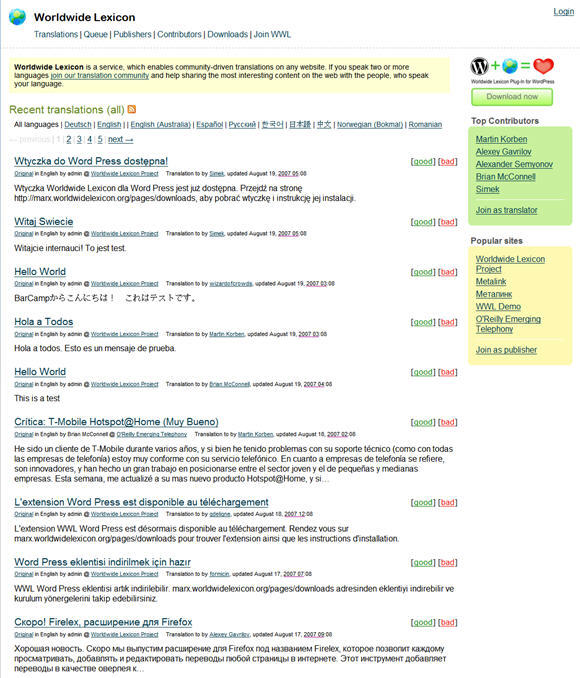