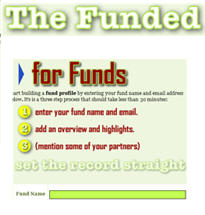 TheFunded, a site where entrepreneurs can rate VCs, has capitulated and is allowing venture capitalists to participate.

Until late yesterday, the site had prohibited venture capitalists from responding. However our post a few days ago about the unfairness of that policy – in light of the ugly, spiteful comments being left about VCs – created a surge of demands for a policy change.

It’s just the latest in a string of controversies where character assassination and hateful comments is causing consternation on the part of Web site owners about how to police their site. Today, another brouhaha broke out over at PEHub, another venture capital site, which we’ll get to shortly.

First, here’s what happened at TheFunded: We reported about the comments by two entrepreneurs left at the site about Draper Richards venture capitalist Howard Hartenbaum, who were apparently upset because he wouldn’t fund their idea. Then, after our post, more than a dozen entrepreneurs who liked Hartenbaum swarmed to the site to support Hartenbaum. Bizarrely, the site tried to shut out those entrepreneurs, saying it was closing comments on Hartenbaum’s profile, to stop gaming of its system. Hartenbaum, upset, called the chief executive, and told no one would take the site seriously if it only provided a single point of view. Simultaneously, comments on our original post showed that many readers supported Hartenbaum’s position. So, TheFunded finally relented late yesterday, and agreed there would be no restrictions. Entrepreneurs have since left favorable comments about Hartenbaum, some of them “over the top, they are so nice,” Hartenbaum tells us. As a result of the controversy, TheFunded is processing a chief executive request a minute, said “Ted,” from TheFunded in an email to us earlier today.

It is the right call. It is fairer. Draper Richards’ report card is now a 4.2 out of 5, up from 2.4 out of 5. The firm didn’t really change much in two days. But its rating rocketed. So is TheFunded more useful? You guys be the judge.

Here’s where VCs can go to submit profiles, and “set the record straight.” 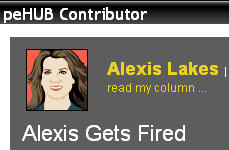 Separate but related: Unfortunately, ugly comments has gotten the better of another VC-related site, PeHub. The site carries news about venture capitalists and private equity, and columnist Alexis Lakes said today she was stepping down because of hostile comments (she has a sense of humor about it, saying she has fired herself). Larry Aragon, an editor of the site, carries a post about it. The negative comments referred to are now locked behind PEHub’s subscription wall. Sometimes, hateful comments are so dispiriting that even the right to respond isn’t enough.

[Full Disclosure: A friend asked me last night whether I feel conflicted on the TheFunded story, because VentureBeat has its “Midas List” feature, where people can leave comments about the top-ranked VCs. I have two answers. One side of me was blind to conflict, because the Midas List, by definition, was for the best VCs only, as ranked by Forbes, and while I was thinking of building out this feature at VentureBeat, it wasn’t on my immediate road-map. However, since this incident, I’m indeed thinking about this feature more seriously. I haven’t come to any conclusions about how to do this, but yes, as of this post, I’m feeling conflicted. And if anyone has any idea about how to implement a better version of TheFunded, let me know. I’m not going to rule out a partnership with TheFunded, either. If there’s a way we can both work together to provide a little more transparency in this secretive world, it’ll be for the better.]