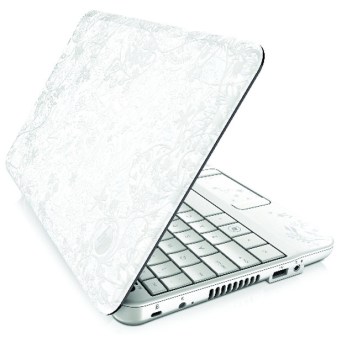 Hewlett Packard has come a long way since the days it was always trounced by Apple in product design. Today, the company is taking the wraps off some of the most interesting — and affordable — new computers for the fall selling season.

HP has a bunch of new consumer machines coming. But here are the ones worth highlighting:

This is one of the prettiest computers you’ll see this season. Much like last year’s “clutch” notebook computers designed by fashion designer Vivienne Tam, these new models were designed by industrial designer Tord Boontje. The cover design features a floral pattern woven around endangered animals. The surface of the laptop has a 3-D technology dubbed HP Imprint 3D. The surface itself is smooth, but the images are designed so that it looks like you are looking at raised objects on the pattern, sort of like a lace tablecloth with something directly underneath it. The netbook runs Windows 7 starter kit and has a 10.6-inch screen and weighs 2.7 pounds. It has 15 different wallpapers designed by Tord Boontje. It starts at $399 and is available Oct. 18. 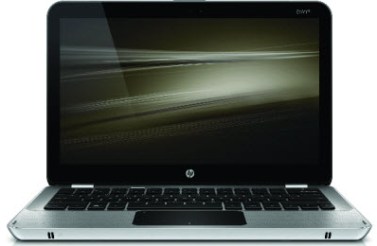 Like models on the runways, skinny is still considered elegant. A year ago, HP’s Voodoo gaming PC business unit (since folded into the consumer division) launched the Voodoo Envy 133. That machine was razor thin and was HP’s answer to Apple’s MacBook Air. Now HP has incorporated the same design thinking behind the Voodoo machine into HP’s mainstream consumer laptops. The new 13-inch and 15-inch screens on these machines are plenty big, but the laptops remain lightweight at 3.7 pounds and 0.8-inches thick. The chassis is made of blended aluminum and magnesium, giving the laptops a sleek yet sturdy feel. It has a high-performance audio subsystem, provided through a partnership with audio firm Beats by Dr. Dre.

You can switch between a low-power Intel integrated graphics chip set or a high-power, but more powerful, ATI Mobility Radeon HD 4330 graphics chip. A “battery slice” can be attached to the bottom of the machine to get up to 18 hours of battery life. This slice covers the entire backside but is thinner than a typical battery. The 15.6-inch model weighs 5.2 pounds and has a variety of higher-performance components, including a powerful new Intel Core i7 microprocessor. The laptops have other features in common with most HP laptops, such as QuickWeb which allows you to access some apps without booting up the machine. The HP Envy 13 sells for a starting price of $1,699 and the HP Envy 15 starts at $1,799. They will be available Oct. 18. 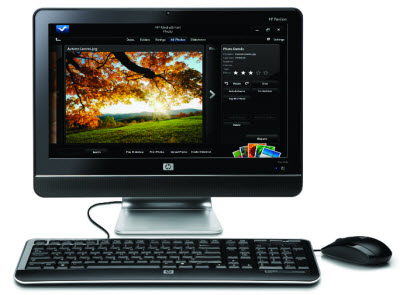 HP has made great strides creating computers that look at home in the kitchen. The HP TouchSmart series of all-in-one computers has easy-to-navigate touchscreens. The HP MS200 series has the same kind of look and feel, but without the touchscreen. That’s why the price is only $599. The advantages include very little wire clutter. The back of the machine lets you hide cables and other messy peripherals, with only one cord sticking out of the back. The machine is also designed to save space on a user’s desk. The 18.5-inch screen has a wide screen with 16:9 format so you can play high-definition movies, and the AMD-based processor and graphics chip are powerful enough to play movies, music, and photo-editing programs. The machines will debut with Windows 7, Microsoft’s new operating system, on Oct. 18. 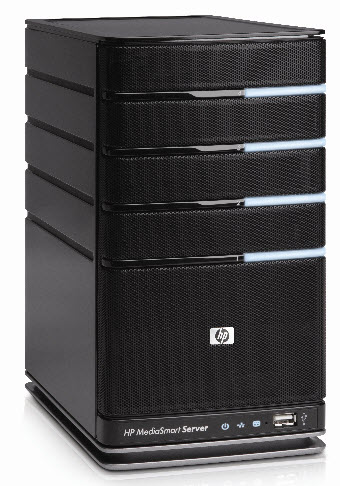 In January, HP launched its first generation of HP MediaSmart Server computers which served to tie all of the computers together in a household and back up all of the data stored on them. Now HP has a new line-up that works with both PCs and Macs, which is good for the households with multiple computer personalities.

While last year’s models were a little brain dead, these ones are getting smarter. You can now use them to automatically collect all of the media you have on various machines around the house, as long as those machines are connected to your home network. They come with video converters to make sure that a given video is converted to the right format for the screen you want to view it on. You can use the machine to stream photos, music and video to any screen in the home, including TVs, game consoles, and PCs.

You can even stream photos and videos to your iPhone or iPod Touch, so you can now accesss the photos or other files on your home servers from anywhere you go. The Mac version now works with Apple’s Time Machine backup software for easier administration and file recovery. The servers start at $549 for the EX490 (one terabyte of hard disk space, expandable to 7 TB) and $699 for the EX495 (1.5 terabytes of hard disk space, expandable to 17 TB).