Imagine a tablet you never need to recharge. Or a phone with 50 percent more battery life — plus infinite standby time.

That’s the promise of a new technology from SunPartner, a French company that has developed a 95 percent transparent 300-micron-thick solar cell module that fits right on or under your phone’s touchscreen. If phone manufacturers plug in the $1 to $2 module, you may never have to plug your phone into the wall again.

“Today, on a smartphone, your power consumption can be fully compensated while not being used,” SunPartner director of international markets Mathieu Debroca told me today. “And we can extend your battery life by 20 percent.” 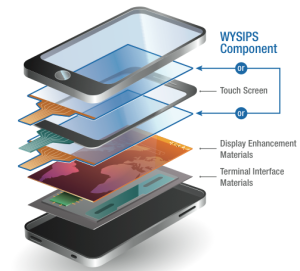 That’s with currently available solar cells vacuuming up 2.5 milliwatts per square centimeter of your phone. But as SunPartner works with its U.S. partners to drive solar efficiency from 8 percent to 30 percent, that trickle of power could become a flowing stream capable of recharging your phone and giving you 50 percent more talk time.

That’s near the theoretical maximum of solar cells, and while Debroca didn’t reveal who SunPartner is working with, the percentage sounds similar to some recent work done by Swiss researchers with virus-sized nanowire solar collectors.

“We intend to double our efficiency next year and the year after as well,” Debroca said. “Going from 20 percent more battery life to 50 percent is a rational objective.”

By 2030, the ongoing avalanche of billions of power-hungry little mobile devices is expected to account for a staggering 30 percent of global electricity capacity, according to the International Energy Agency. This means that finding ways to be more efficient, save electricity, and freely and cleanly acquire more, is a bigger deal that we might assume.

E-readers are a segment of the tablet market that could benefit the most. Since many of them are high-efficiency, low-power devices, Debroca says, the SunPartner technology could almost make them entirely cord independent, or “infinite working,” as he said. 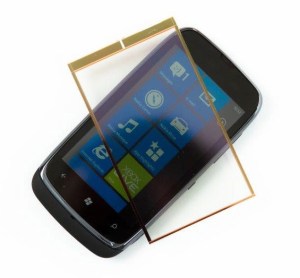 “We’re currently working with the top 10 handset manufacturers,” Debroca told me. “We expect to have licensing agreements by early next year, and products in the market by 2014.”

One caveat, of course, is in the quality of your light.

Outdoor light directly from the sun is obviously the best, providing maximum energy. Indoor light is much lower-power, offering only about 15 percent to 20 percent as much juice for your mobile devices.

But they are, after all, mobile devices. And if you need to take a walk to recharge your phone, that can’t be a bad thing for the environment — or for your body.