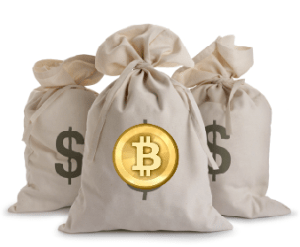 A compromised Windows computer is to blame for the theft of 25,000 Bitcoins, which is the equivalent of just under half a million American dollars at current market value, according to a posting on a popular Bitcoin forum Monday.

Advocates of Bitcoin, the open-source digital currency that’s easy to anatomize and difficult to duplicate, were quick to point out that Bitcoin — just like paper money — is only as secure as the place you store it.

The digital currency is stored in an unencrypted wallet file, but Bitcoin users can take measures to improve the security of their investment.

“If there was a means to invalidate the thieves’ coins or to reclaim them, then the same could be done to a legitimate user. Bitcoin is a secure system only so long as you keep your wallet secured — and sadly it seems you were not able to adequately do so,” one forum post pointed out, adding that “this isn’t a reason to abandon bitcoin completely or to dismiss it as flawed, but of course it’s understandable that you wouldn’t want to reinvest after having lost so much.”

It’s unlikely that a person would be able to recover the stolen investment, since Bitcoin isn’t recognized by a national government. The U.S. government is even seeking legal action against those that use Bitcoin. At the very least, the thieves could be prosecuted for illegally compromising another person’s property and taking their possessions.

While Bitcoin may ultimately prove to be a bad investment, it can still be used as a means to an end —  purchasing goods and services that are illegal with a large degree of anonymity.

However, people are tracking the market value of Bitcoin now more than ever. StockTwits, the Twitter for business, recently created a Bitcoin trading symbol ($BCOIN) to make it easier to track.