Norwegian tech firm Thinfilm has cut a deal with Xerox to mass-produce “printed electronics,” or electronic chips that can be fabricated by printing their features on top of thin surfaces. Under the deal, Thinfilm will be able to print as many as a billion chips a year for applications such as processors, memory, and sensors for the Internet of Things, or smart and connected everyday objects.

The strategic partnership with printing giant Xerox will enable Thinfilm to commercialize its printed electronics, which have been part of a grand technology vision for decades. Rather than fabricating its chips in a traditional silicon chip factory, Thinfilm has figured out how to print circuitry for memory chips (and soon logic chips) on top of flexible substrates such as plastic or paper. If the plan succeeds, Thinfilm and Xerox could imbue an enormous number of disposable goods with intelligence.

Thinfilm believes its “smart labels” for packages could sense and store data for a tenth to a hundredth the cost of conventional electronics. If, for instance, you put a temperature sensor on a smart label and stick it on a package of meat, that sensor could tell you whether the meat stayed at the correct temperature during its journey to the supermarket. Suppliers can attach smart labels to food and then use connectivity technologies such as near-field communications (NFC) to read the sensors and transfer the data to the retailer via the Internet-connected cloud.

“In our minds, this is an extension of the Internet of Things in a new dimension,” said Davor Sutija, chief executive of Oslo, Norway-based Thin Film Electronics USA, which is traded on the Oslo Stock Exchange. “There’s only 20 billion chips a year that are manufactured. Xerox is going to put in place enough capacity to print a billion chips. That is 5 percent of the worldwide capacity for making chips. Printing is immensely scalable, and Xerox can scale it.”

Xerox has licensed Thinfilm’s proprietary technology to manufacture Thinfilm Memory Labels, which are rewritable memory chips that can be used as labels on food or other packaged goods, replacing the traditional bar code. Xerox will develop a marketing strategy aimed at snaring customers. Peter Fischer, chief product officer at Thinfilm, will lead the project to transfer the tech to Xerox, which will modify a production line at its factory in Webster, N.Y.

The production capacity could support Thinfilm customers such as Bemis, which ships more than 200 billion packages a year.

“It’s a non-starter to offer Bemis about 5 million or 10 million units of production,” Sutija said. “A single brand may use tens of millions or hundreds of objects a year. Having a partner like Xerox could really scale this technology to meet the demands of applications for brand protection or smart consumables. That is the first step. We will go to market later this year with sensor systems and NFC.”

“The demand for low-cost, non-conventional electronic solutions is real and it’s growing,” said Steve Simpson, vice president, non-Xerox Supplies Business, in a statement. “By partnering with Thinfilm, we are leveraging our deep manufacturing expertise and ability to scale globally in order to participate in exciting new markets adjacent to our core business.”

Right now, Thinfilm prints its circuitry on substrate sheets. But with Xerox, it will be able to transition to “roll to roll” manufacturing, meaning you could put a big roll of plastic at one end of the manufacturing line and unwind it, feeding an endless supply of plastic for the printing process.

“Once we go to packaged goods, we will need roll-to-roll manufacturing,” Sutija said. “This deal with Xerox is a model for that. We want to be the arm of the printed electronics industry, creating a platform that people can license and innovate upon.”

In the third quarter, Thinfilm announced customers that received samples of its smart label technology. Those customers include Temptime, a health care industry provider, and PakSense, a perishable food monitoring company. Those customers are expected to ramp up orders over time, if all goes well. The first product is printed rewritable memory. Other products could include printed logic processors and sensors.

Last fall, Ferd AS, a Norwegian financial and industrial group, invested $23 million in Thinfilm. A year earlier, it raised $24 million from investors including Invesco Asset Management. Thinfilm was started as a division of Norway’s research company Opticom. Opticom also created a technology for search dubbed Fast Search and Transfer. Microsoft bought that for $1.3 billion in 2008. By that time, Thinfilm became a separate entity, and it worked closely with Intel in readable-writeable memory to apply it to printed electronics. It has raised $100 million over the past decade, and it still has $40 million in the bank.

A year ago, Thinfilm bought the assets of an electronics company called Kovio, allowing Thinfilm to create an NFC innovation center in San Jose, Calif. Over the years, Thinfilm worked closely with Xerox’s Palo Alto Research Center to bring the printed electronics technology to market.

Thinfilm does business as Thin Film Electronics ASA, a publicly listed Norwegian company. The company has more than 90 employees. 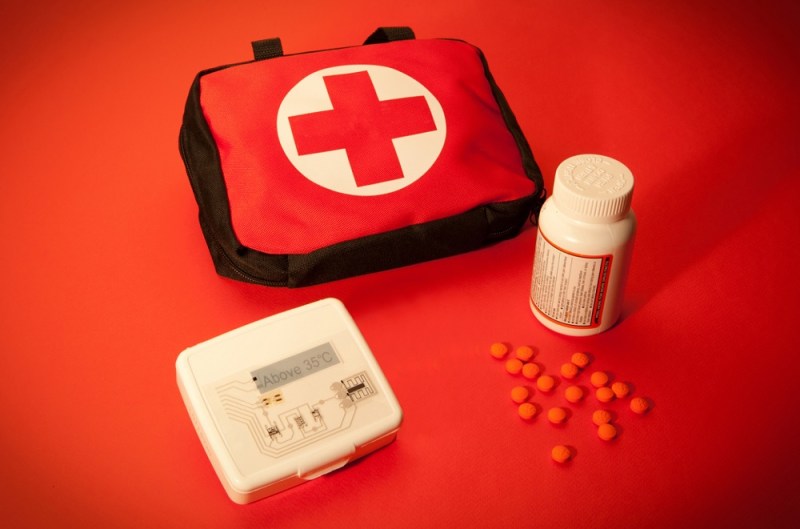