Free is a really attractive business model if you want to grow fast. Which is probably why CivicScience has found a way to give free research to journalists and free visitor information to websites … and a way to make money selling something else to an entirely different market.

The site has gathered over 400 million opinions this year alone, at almost no cost.

“We can track anything we want, anywhere we want, very fast,” founder and CEO John Dick told me a few days ago. “I even use our platform sometimes to settle fights with my wife … for instance about how late we should let our kids stay up.”

Above: A CivicScience poll on which smartphone consumers will buy

Basically, CivicScience’s model is the same as that of app analytics companies like Flurry and App Annie: Give something away of huge value (in the case of Flurry and App Annie, statistics about how people are using mobile apps) to get something of tiny value incrementally but huge value in aggregate (global data on the fast-growing software market). For CivicScience, however, the give is sophisticated website visitor analysis, and the get is consumer polling data. In other words, CivicScience gives hundreds of media organizations better insights into their users, in exchange for inserting short polls into their stories.

At face value, the company is setting up to compete with opinion-gatherers like Gallup and Nielsen. Dick’s vision, however, extends much farther. 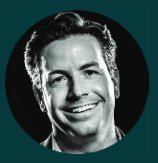 “Think politics, finance, technology,” he told me. “This has ubiquitous value across business sectors. … We’re building this company as a platform, and we have designs on being one of the next big technology companies.”

To see the vision, think about a global platform that can assess sentiment across a broad swath of people and at a scale that renders statistically relevant, meaningful data within hours. Then think of that being segmented by groupings like finance, and the kinds of stock market implications that could follow, or technology, and the kind of market intelligence that could be acquired.

“There is no limit to what these guys can accomplish,” Cuban told me via email. “Their skill set is making sense out of data and asking the right questions to get the right data. That can be the foundation for a great company.”

Dick has raised $6.9 million in venture capital so far from mainly strategic partners, such as NPD Group, a consumer market research company out of Boston, and Cox Media Group, a TV, radio, newspaper, and website conglomerate. Other advisors besides Cuban include Astro Teller, the aptly-named entrepreneur and visionary currently heading up Google X, which engages in projects such as driverless cars, Google Glass, and other “moonshot” ventures.

Above: Instagram may be wildly popular, but 72 percent of people don’t plan to use it, or have never heard of it.

By partnering strategically, CivicScience has been able to embed its tiny one-to-three question polls on hundreds of high-traffic sites. While media partners get more sophisticated insight into who their users are, what they do, and what they like than Google Analytics can provide, CivicScience gets a platform for assessing the opinions of the masses.

“We’re going to media companies and asking them to put our polls in their content — and we’re not paying a CPM,” he says, sounding almost shocked at the fact that CivicScience has pulled it off. “In return, we have to deliver enough value to make that worthwhile, and by all accounts we’ve more than done that. Our attrition rate is very very small.”

The result of the data, which Dick then can sell to enterprises who need to know what consumers think, are surprisingly good. The company employs data scientists who vet the questions and the data and don’t release results until they’re scientifically relevant.

That provides better data, Dick argues, than insight derived from social media, which he says is dominated by a noisy few who are not a good sample of average people. Which explains why A&E quickly pulled Phil Robertson from Duck Dynasty based on Twitter reaction, and then just as quickly reversed its decision days later after a widespread backlash via phone and email.

“How many companies are wasting energy by targeting a bunch of people who really don’t align with their brand?” Dick asked in a story on AdAge a few days ago. “The most vocal people on Twitter are not representative of the real world. Not even close.”