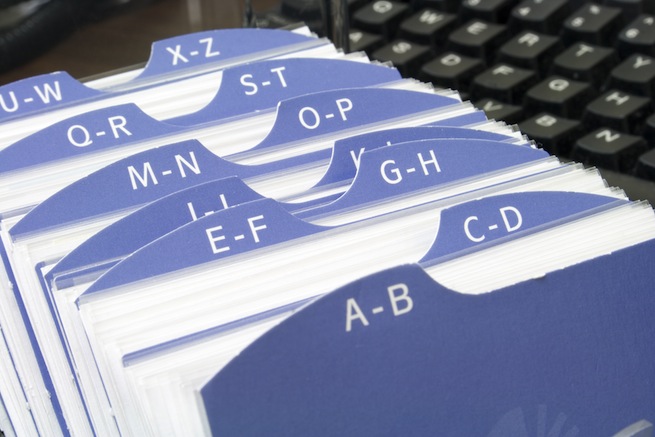 Imagine having access to a Rolodex of two million of the wealthiest people in the world — bankers, private equity folk, and venture capitalists — and charging everyone thousands of dollars for a peek.

A new service has emerged to do just that. Relationship Science is charging bankers to use its cloud-based CRM tool to track the “1 percent” and already has some high profile Wall Street firms signed for its beta. It describes itself as the “ultimate business development tool.”

As the New York Times reported, the technology is still buggy and in the early stages of development. But it has received sufficient buzz to attract the attention of heavyweight investors, including Ken Langone, Henry Kravis, Stanley Druckenmiller, Andrew Tisch, Ron Burkle, and Joe Perella.

Today, Relationship Science announced it has raised $60 million in funding to date. 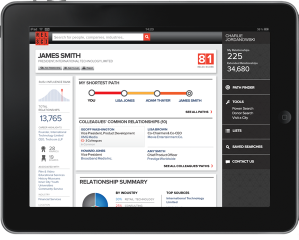 Founder and CEO Neal Goldman gave me access to the beta version of the website, which has taken almost 700 people (primarily in India and New York) over two years to build. His team of developers did not scrape data from social networks like Facebook and LinkedIn; instead, they manually input information. It also has an algorithmic component, which automatically refreshes the site with updates like a personnel move or a new board member.

According to Goldman, this decision not to rely on an algorithm was deliberate, since many influential people have not signed up to a professional social networking site like LinkedIn. The results are more sophisticated and personalized than a simple Google search, which is why this will set customers back $3,000 a year.

Perform a simple search for a well-known financier, JP Morgan Chase’s chief Jamie Dimon, for instance, and the system will scan a list of Dimon’s contacts through his civic and philanthropic efforts, family connections, political affiliations, board positions, and work circles to uncover unexpected connections. Relationship Science will assign connections as “strong” or “weak” and suggest to its client the “shortest path” to make their acquaintance.

“You can understand what’s important to a person — everything is linkable and clickable,” Goldman explained by phone.

Goldman’s previous startup, CapitalIQ, is a financial database service that dozens of Wall Street firms use. Likewise, Relationship Science has found a niche with finance folk, but Goldman told me that he envisions the service will be useful to technology entrepreneurs, politicians, and nonprofit executives. He plans to offer a massively discounted subscription to nonprofits.

The database does not contain people’s phone numbers or email addresses — the customer must use the information and track down a desired contact.

For this reason, Spencer Chen, a senior director of business development at Silicon Valley-based company Appcelerator, is skeptical that a service like this would resonate with marketing and business professionals outside of the finance world. “Individuals are already equipped with finding common connections,” he noted.

These kinds of relationship CRM tools have been attempted in the past and have largely failed.

Blumberg Capital’s Jon Soberg has invested in similar companies over the years. He said that Relationship Science’s true value will be if it can perform predictive analysis, perhaps even suggesting experts who might add value to a customer’s ongoing research project. “I don’t know yet if this is a feature of an existing CRM or a standalone huge business,” he said.

Relationship Science is an audacious undertaking with a huge staff, but the company is well-funded. Goldman responds to criticism by emphasizing that he’s in it for the challenge. “I really love information, so I’m building the entire inter web of relationships,” he said.