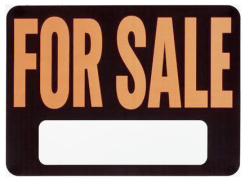 Investment firms Coller Capital and HarbourVest Partners teamed up over the weekend with venture house DFJ Esprit to buy 29 top-tier portfolio companies from the 3i Group‘s European portfolio at discount prices.

Coller and HarbourVest are called “secondary market” firms because they buy stakes in companies from investment firms who made the initial investment in companies, and thus they become the second holders of assets.

And now two partners at 3i have left to manage the assets through a new division of Esprit called Encore Ventures, set up by the three acquiring firms.

The auction of these portfolio companies is significant due to their youth and caliber. Included in the swap are Icera Semiconductors, laser developer Light Blue Optics, leading European broadband network The Cloud, and hotel reservation site FastBooking. Encore is still finalizing its fund to support these assets, betting on $280 million from Coller and HarbourVest.

The three firms had to compete for the 3i investments in the secondaries market, particularly with Ethean Capital, an entity created in 2008 by former 3i employees, and Cipio Partners. But they were no match for Coller and HarbourVest, two of the biggest fish in the secondary private equity pond. No financial terms of the deal have been released.

The plan for the sale and spinout of 3i partners dates back to last year when DFJ Esprit first starting investing in Encore ventures. In the last two years, 3i has been making an obvious move away from investing in early-stage startups in Europe after seeing disappointing returns. Liquidating the younger companies in this portfolio is a leap in that direction.

Since the beginning of the year, 3i CEO Michael Queen has been shutting down divisions of the organization. He raised about $1.16 billion to stabilize its balance sheet in June when the value of the its portfolio took a dive. The firm will reportedly focus more on private equity going forward. It also has a little under $1 billion in debt to repay. To make ends meet, it has sold off holdings in the U.S. and Germany and laid off some of its staff.

Ascendant DFJ Esprit, on the other hand, is raising $219 million for its own third venture fund. It has already banked $102.3 million of that goal from JP Morgan Chase and the European Investment Fund.