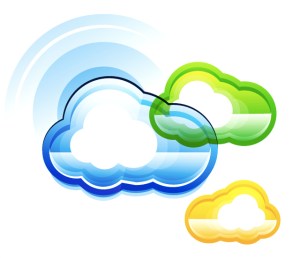 Last week, VentureBeat hosted its first ever CloudBeat conference. It was a huge success (if we do say so ourselves), with more than 400 executives from cloud startups, leading cloud service providers, and various Fortune 500 companies coming together to talk shop. You can check out complete coverage of panels, talks and sessions here.

A few big themes came up over the two day conference. Let’s take a look at the highlights.

The hybrid public-and-private cloud is the future

Companies are mixing and matching cloud offerings to find their own bespoke solutions. Zynga chief technical officer Allan Leinwand trumpeted the benefits of a hybrid public and private cloud solution at his CloudBeat session. Zynga started out relying entirely on a public cloud service, Amazon Web Services (AWS), to host its server-based social games. AWS’s scalability made it the perfect choice for a new company experiencing rapid growth. Four years later, the social gaming company was so large that it became cost efficient for it to built its own data centers and create a private cloud, dubbed Z-Cloud.

Zynga still relies on AWS and is is now happily using a hybrid cloud approach. Leinwand compared the combo to having different car options: “Maybe one day you want a sports car, maybe another you want a Winnebago … Amazon is making a great platform, but we wanted a sports car for some applications and an 18-wheeler for certain applications.”

Oracle is anticipating a widespread adoption of this type of hybrid cloud approach. Rick Schultz, a vice president at Oracle, talked about the company’s plans for its own public cloud product, launching in 2012. Oracle’s cloud is being built specifically to allow users to easily use it with other cloud services. “Forty percent of Oracle customers already have adopted the private cloud,” Schultz said. “But we’re seeing the public cloud grow and the interest in the public cloud is growing fast.”

As more companies are switching to cloud storage and software, it’s allowing a surge in the use of mobile devices for work. Traditionally, getting new technology adopted within a large company was a difficult and timely process. The iPad, iPhone and a slew of Android smartphones are bucking that trend, and the results aren’t as disastrous as many CTOs feared.

Nick Mehta, CEO of LiveOffice, and Forbes contributor Tom Taulli agreed that reason this new tech is being embraced is the push from the big egos at the head of the corporations. “This is the first situation where the top is driving technology adoption,” Mehta said. “The CEO gets one, he goes to the IT department and he asks, ‘why don’t we support this?’”

That personal attachment to the gadgets is driving adoption, and it has another nice side effect too: fewer mistreated devices. Dick Escue, CIO at physical therapy provider RehabCare Group, said he saw a 92 percent reduction in broken devices after his company switched to supporting Apple iPads and iPhones. The 9,000-employee RehabCare was inspired to support iPads, iPhones and iPod Touches when its CEO fell hard for his iPhone. Now its therapists use Apple’s mobile devices in the field when they treat patients.

The little guys are running the show

Our CloudBeat guests and panelists had little love for Microsoft’s collaboration tool, SharePoint. “If SharePoint happened to work, that’s what we kind of do,” quipped Aaron Levie, CEO at cloud-based file sharing company Box. He wasn’t the only one taking aim at the big guys: Increasingly, cloud computing is a industry where little companies aren’t just keeping up, they’re the ones driving innovation.

For the U.K.’s Meteorological Office, SharePoint was entirely too complicated to take off. The software required a large amount of training and adoption was low among the 1,800 employees, according to Michaela Drummond, an information management and technology practitioner at the agency. “The requirements changed on a daily basis, the teams didn’t know what they wanted and didn’t know what SharePoint could do,” Drummond said. The Meteorological Office switched to Huddle‘s more intuitive collaboration software. “People who can use Facebook can use Huddle,” said Drummond. Huddle is six-year-old 60-person startup, and it’s taking on Microsoft.

Levie thinks the lack adoption for SharePoint is part of a larger shift away from vertically-integrated companies that are overloaded by the breadth of their offerings. Instead, CTOs are turning towards smaller companies that focus on just a few core products. “We think the world is moving away from the integrated vertical stack,” said Levie. “It drives complacency and cost increases.”

Embracing the smaller companies also means IT departments are letting their guards down. Thomas Kelly, enterprise architect for cloud services at Best Buy, discussed how his company embraced rogue applications. “We had 50 applications running on the cloud with no governance … this is where I came in,” said Kelly. Now, BestBuy has brought those applications inside its cloud infrastructure and put appropriate policies in place. The end result is a large company that is unusually nimble when it comes to adopting new technology and changing its cloud capabilities.