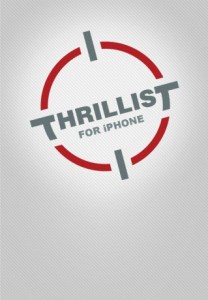 Men’s lifestyle newsletter Thrillist is expanding beyond email, a niche which has proven appealing to advertisers if limiting the startup’s appeal to the digerati. That could change now that the New York based startup has released a new iPhone app, a city guide for the twentysomething urban male.

Thrillist’s email list suggests restaurants, bars, clubs, and shops to nearly 2 million subscribers in 15 cities. Beginning with its New York edition in 2005, the company has produced over 10,000 reviews.

“So much of what we write is about is timely but is relevant long after it’s written,” said company founder and CEO Ben Lerer. “Every piece of content is editorial content, not pay for play.” He added that Thrillist suggests places the staff loves, saying, “That’s why it doesn’t suck.” 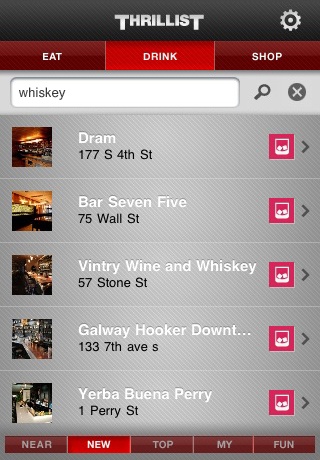 The iPhone app assembles Thrillist’s content library to create a professionally produced city guide driven by users’ current location. Users can find places to eat, drink, or shop near them and can even check in at locations on Foursquare, a popular location-based service. Users can share reviews with friends using Twitter, Facebook, and email. They can also save their favorite content. The app will also feature weekly video reviews in 14 of Thrillist’s 15 markets, with the poor folks in the Hamptons being left out.

Using the app in downtown New York City provided a great selection of places to eat, drink and shop. The photos and reviews were high quality, a welcome reprieve from user-generated content. While discovering venues was  easy, I would have liked the ability to make a reservation on OpenTable through the app. Thrillist also isn’t as comprehensive  as Yelp or Citysearch, with the app finding only one review near my house in Harlem. 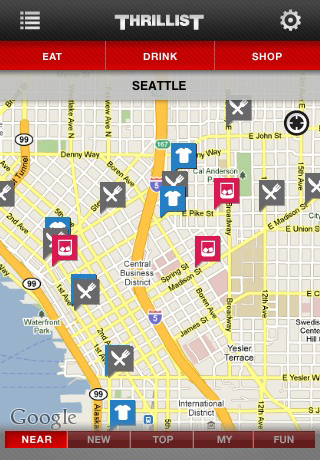 But that’s also the point of Thrillist: Its content is curated for a young, typically affluent urban male demographic which appeals tobrands like Bacardi, the app’s initial sponsor. Lerer said Thrillist mainly has national brand sponsors, rather than local sponsors who might pose conflicts for the sites’ editors.

Lerer told VentureBeat that the iPhone app is but one part of a broader strategy for Thrillist.  Much of the iPhone app’s aesthetic is being incorporated into a site redesign that Lerer expects to be completed in the coming months.

With the acquisition of JackThreads last month, Thrillist is also moving into e-commerce. JackThreads is a curated, members-only shopping site offering private sales, a model popularized by sites like Gilt Groupe and One Kings Lane.