Tilting Point is launching one of its biggest mobile games to date: SpongeBob: Krusty Cook-Off. And it is using the occasion to rebrand the company.

Tilting Point has always provided user acquisition services for mobile games, but now it will offer full publishing services for the free-to-play market, said Samir El-Agili in an interview with GamesBeat. El-Agili is the president and chief product officer of New York-based Tilting Point, and he said that the gaming industry has changed a lot since Tilting Point’s founding in 2012. And today’s news is one way that the company is adapting to the times and staying ahead of the curve on free-to-play mobile games.

The basic strategy is to start a relationship with a successful developer by offering them user acquisition and live services and move to co-development (where Tilting Point can fund further work on the project). This could possibly even lead to acquiring the developer in the end.

“What’s amazing about the SpongeBob brand is its mass appeal across the world and across ages, as it has a whole nostalgia effect and it’s a very clever show,” El-Agili said. And so Tilting Point is taking advantage of this spotlight to rebrand itself.

“We announced last year that we were transitioning the company from live publishing to a progressive publishing approach, which we start with live publishing, evolve it to co-development,” El-Agili said. “So we’re using this very important moment in the history of Tilting Point to announce a complete rebranding of the company. This is going to be a brand identity that’s going to resonate more with developers. We’re going to grow from powering up games to teaming up.”

Cooking up fun in Bikini Bottom 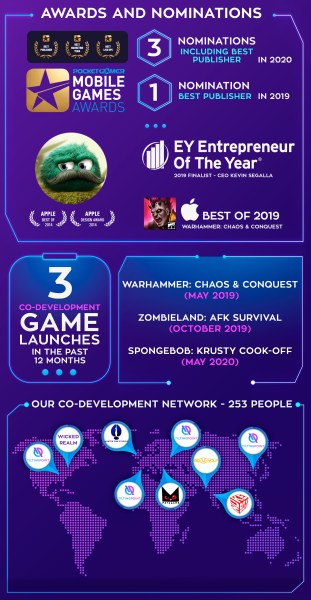 SpongeBob: Krusty Cook-Off is available now on iOS and Android. The game is the result of collaboration between Tilting Point, the co-development partners at Nukebox Games, and the licensing team at Nickelodeon.

Nukebox is one of India’s most successful mobile game companies. It created Food Truck Chef, where you play a chef in charge of a food truck. You have to juggle tasks and feed as many customers as possible on a timetable. I found it to be addictive when it launched in 2017.

That made Nukebox a good candidate to do a similar cooking game with the SpongeBob franchise, which is known around the world. Tilting Point brings its expertise in publishing, live game operations, and other tools to enable nonstop updates for the game over time.

El-Agili has high hopes for the game, as it had 16 million “pre-registrations” on Google Play alone. At the same time, the upcoming SpongeBob Movie: Sponge on the Run, has been pushed back from May to at least August 7. “We’re releasing this at a time when people are at home and they are consuming content faster than ever,” he said.

A new kind of publisher 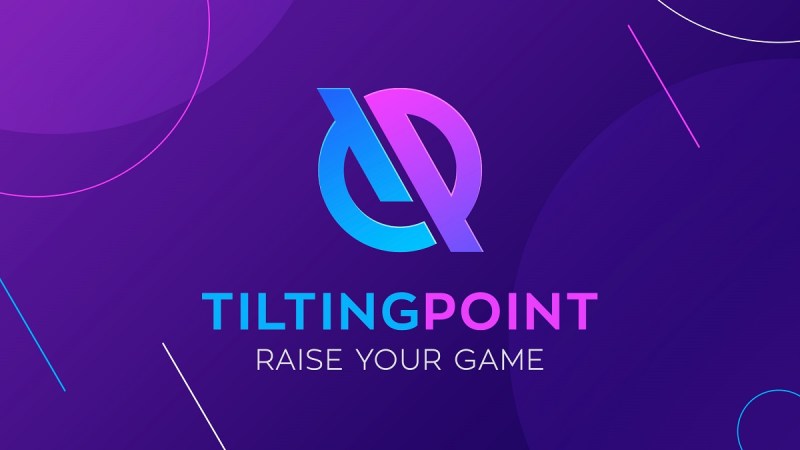 With the new global brand identity for Tilting Point, the company will start to show off the new logo, color palette, and updated look and feel across Tilting Point’s games. The idea is to convey the company’s take on progressive publishing that redefines the relationship between developers, publishers, and intellectual property holders. El-Agili said that his company’s job is to “powerup” an existing game, where the company uses its methods for user acquisition and marketing campaigns to boost the game’s engagement, retention, and user base.

The game industry moves incredibly fast, and it’s important for modern publishers and developers to stay ahead of the game if they want to be successful. That’s where Tilting Point’s approach to progressive publishing comes in, El-Agili said.

Other game companies such as N3twork are also trying to do this with developers at early stages, but Tilting Point has largely engaged with developers that already have a successful game that can be taken to new heights. This takes a lot of the risk out of backing indie developers who aren’t as advanced.

If the user acquisition campaigns are successful and the relationship clicks, then Tilting Point will consider acquiring the game, as it did with Star Trek: Timelines, a sci-fi game that it got from Disruptor Beam (now Beamable). Using Beamable and Tilting Point’s technology, the Star Trek game was able to keep fans happy by quickly integrating events from the Star Trek: Picard into the game within a very short time. 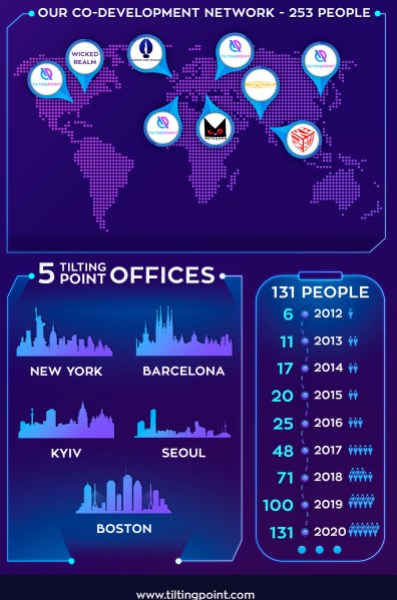 Above: Tilting Point has 135 people across five offices.

This is what El-Agili calls the “team-up” phase, which can involve co-development as with Nukebox or acquisition.

“If you compare what we do to a venture capital model versus a private equity model, we’re more like the private equity company,” he said. “We’re not going to invest in 10 companies and just hope they succeed. We’re going to have to help a company that’s already quite big, make it bigger, and then we’re going to build a game together and then potentially if things make sense have a merger and acquisition.”

Tilting Point’s live operations tools can optimize a game for app stores, using proprietary tools for automating the production of ads, or giving developers access to AI tools for maximizing user acquisition spending. Tilting Point has also worked with teams at Hunted Cow, the co-development partners on Warhammer: Chaos & Conquest; and the team at Metagame Studios, which is working on Zombieland.

The results have been tremendous, El-Agili said. Revenue has grown more than 800% between 2017 and 2019, and the team has grown as well. Tilting Point has expanded from six employees in 2012, to 135 today across offices in New York City, Barcelona, Boston, Kiev, and Seoul. Altogether, the co-development network has more than 100 team members working on games at Nukebox Games, Hunted Cow, Metagame Studios, and Big Wolf Games, bringing the total extended team to more than 250 developers, marketers, data scientists, and designers. 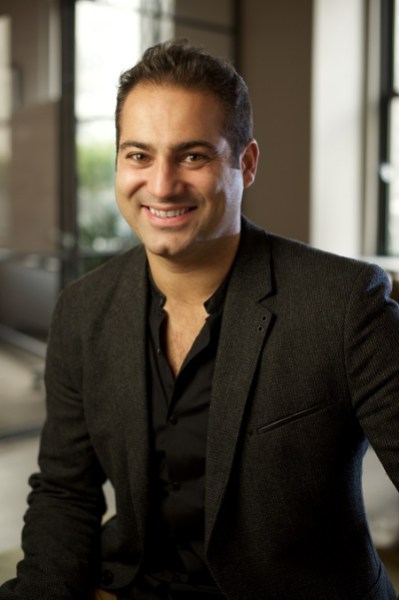 During the coronavirus, the business has changed dramatically. It is no longer as expensive to acquire new users with marketing campaigns. People have more disposable time and fewer choices for going out or entertaining themselves. They are turning to games and are more likely to respond to campaigns. So the cost of user acquisition is dropping.

“It’s very impactful from a business standpoint,” El-Agili said. “It’s good for a company like ours because our CPI [cost per install] is going down and engagement with consumers is going up. So existing games are performing better naturally. Ad revenue is going down as brands pull back, but we don’t have that much advertising revenue. It’s also becoming harder for developers to find money now. All of those reasons are why we have a lot of business coming through our doors now.”

Developers are looking for low-cost alternatives to boost their games and make more money. In April, Tilting Point saw a record month in terms of revenues. This makes it a good time to help other developers as well as launch the SpongeBob game.

And this good fortune has made El-Agili reflect on his time in the game business, as he always felt a sense of purpose. El-Agili is half German and half Tunisian. He was born and raised in France, but he also just became an American citizen. He is proud to be running a very international company with people in offices like New York and Barcelona. “There’s always this question of whether or not you make a difference to the world,” he said. “I was an aerospace engineer and I wanted to go to the moon like every kid and I wanted to change the world when I was young. But instead, I am making video games.”