Apple chief executive Tim Cook shared a snap of his visit to the Great Wall of China Wednesday — on Chinese microblogging site Weibo, where he maintains an active account.

Yes, it is just one picture, but the choice to broadcast it on Chinese social media is telling of Apple’s strong desire to keep China relations warm. Very warm. 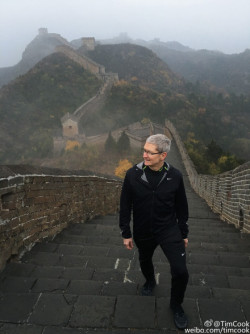 Above: Apple’s Tim Cook at the Great Wall of China this week

Cook earlier this year announced 75 percent year-over-year growth for Apple’s iPhone market in China, which is already its second-largest market after the U.S. (Apple reported $13.2 billion in Q3 revenue from greater China.)

Some commentators are already predicting that China will single-handedly save Apple for the September quarter.

The Great Wall picture came the day before Apple announced that its China operations are now 100 percent powered by renewables, bringing it in line with the U.S. and leaving the company “carbon neutral” in China — an important PR victory.

“Happy to be back in China!” Cook wrote in the Weibo posting. “Started at dawn with a hike along the Wall on Chongyang Festival. Simply breathtaking.” The message was also posted in Chinese.

Apple this week announced the opening of its 21st retail store in China, expected to be one of its biggest anywhere in the world to date. Cook also visited customers and team at one of Apple’s Beijing stores on Thursday.

“Had a great visit with customers and our talented team at Apple Store Wangfujing today!” Cook posted. 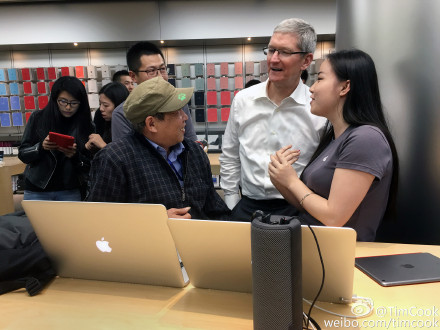 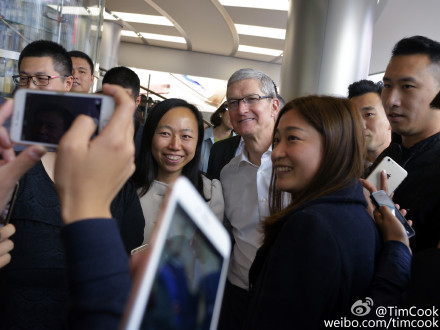