Epic Games just completed giving out $5 million in grants to developers. And now it’s going to get started again with a $100 million fund dubbed Epic MegaGrants.

These funds will be awarded to developers with no strings attached, said Tim Sweeney, CEO of Epic Games, in an interview with GamesBeat.

“You know that we created a $5 million fund for grants disbursed over the last three years. The last funds have gone out this past week,” Sweeney said. “What we’re doing now is we’re creating a new fund called Epic MegaGrants. These are also no-strings-attached grants. They’re not contracts to do anything for Epic.”

He added, “You just apply, and if we judge your project is worthy and reasonably planned-out, we’ll give you funds. They range from supporting game developers to supporting enterprise and educational, academic projects. Open source projects that have any impact on the digital ecosystem at all, even if it doesn’t have any bearing on Unreal. We’ll be disbursing $100 million of Fortnite V-bucks.” 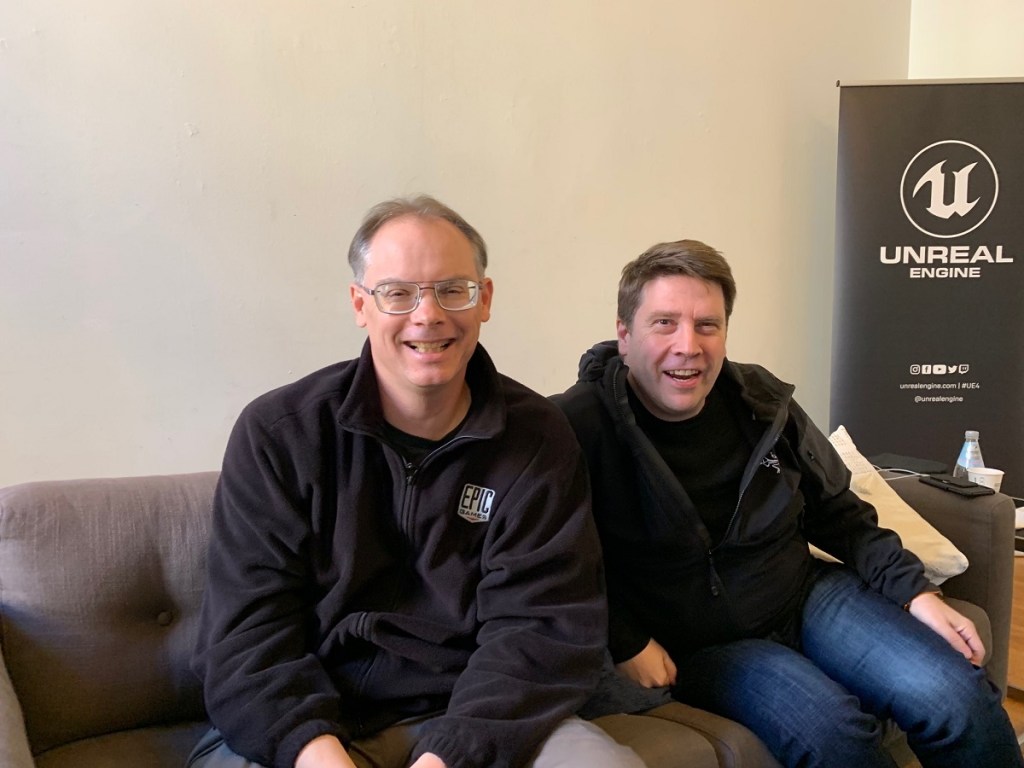 The V-bucks thing was Sweeney’s joke. The company will give out cash, and you can thank the success of Fortnite for the largesse, as Sweeney said this is Epic’s way of paying back the community.

Epic revealed the fund publicly at its “State of Unreal” opening session at GDC 2019.

Epic MegaGrants awards range from $5,000 to $500,000 and cover a variety of endeavors to further ignite creativity and technological advancement within the 3D graphics community. All grant recipients will continue to own their intellectual property and will be free to publish however they wish.

“At Epic we succeed when developers succeed,” said Sweeney. “With Epic MegaGrants we’re reinvesting in all areas of the Unreal Engine development community and also committing to accelerate the open sourcing of content, tools, and knowledge.”

Unreal Engine 4 dev teams of all sizes can apply for an Epic MegaGrant. Developers can also apply for a grant to help transition existing or in-development games to UE4. The other rules are as follows: