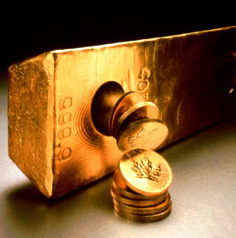 Last summer, MySpace heard about Facebook‘s still-unclear plans for a virtual currency and began hatching its own. While Facebook has been running possibly related experiments like credits, it’s been relatively quiet on its plans. MySpace, however, has been trying to move forward, or so a composite sketch of its efforts shows, based on information I’ve gathered from several sources. As of March, it was still in talks with PayPal to have the eBay subsidiary try to take over virtual gifts. It’s unclear where the company’s plans stand now.

MySpace just says it’s a work in progress. The work is happening amidst leadership turmoil at the company and as virtual goods have been proving themselves via third parties (notably, companies such as Playdom and Zynga). MySpace better start moving, given how much money those third-party social networking applications are making these days. Meanwhile, MySpace’s advertising-driven revenues haven’t been up to what the company’s owner, News Corp., has hoped.

Through last December, according to sources, MySpace was talking about a full-featured virtual currency system that would have included a way for third-party developers to access it. This could have ranged from a MySpace-branded gift store where users could buy virtual gifts (virtual birthday cakes, virtual guitars, etc.) to send to each other on the site, to a universal currency that could be in third-party games. Recently-departed chief operating officer, Amit Kapur, let slip the plans during a conference last November, but didn’t provide many details.

Kapur was one of the people spearheading the effort, says one source, adding that it was recently departed chief executive Chris DeWolfe who seemed to have the “best head” when it came to thinking through some of the complexities of developing a currency. As difficulties — such as preventing the fraudulent use of MySpace’ users accounts — became clear, the company decided to look for a partner. Facebook’s lack of focus on anything more than its years-old gift store may have had something to do with that as well. MySpace decided it wanted somebody else to take over the job and handle everything from payments to creative aspects like virtual gift designs. Sometime last year, it began talking about revenue-sharing partnerships with Amazon, widget-maker Slide, and PayPal, if not other companies.

By last December, around the time rival social network Hi5 launched its virtual currency and virtual gift store, MySpace decided to scale back and just start out with a MySpace gift store. A currency was just too complicated to pull off. Over the course of the last few months, Amazon and Slide have dropped out, from what I have heard, while discussions were continuing with PayPal as of March. The eBay subsidiary apparently really wanted the business. One source said it created a 100-slide PowerPoint presentation about all the things it could do. The problem, however, is that PayPal doesn’t have experience managing virtual currencies, nor creating the sorts of attractive virtual items that MySpace would have wanted. As the most likely candidate that I know of at this point, PayPal still seems an awkward partner.

But maybe MySpace has worked out a deal with PayPal since March? Maybe MySpace has something else planned on its own? Maybe everything is on hold as the executive change takes place? Kapur left in early March. DeWolfe left earlier this month. Incoming chief executive Owen Van Natta and his two new lieutenants, new chief operating officer Mike Jones and new chief product officer Jason Hirschhorn, are probably thinking about this area seriously (certainly, others are telling them to). Van Natta already has some idea of the complexity of online transactions, having been the vice president of worldwide business and corporate development at Amazon before leaving for Facebook years ago. And he’s by all accounts good at execution. Given his connections, the look under MySpace’s hood that he must have gotten before taking the job, and everything he saw at Facebook, I’m expecting action. And a full virtual currency for developers, not just a gift store of some sort.

And as a little encouragement, the longer MySpace takes to move, the more money it’s potentially missing out on. (Note: DeWolfe friend Jason Calacanis recently wrote a long post describing a virtual currency as one of the company’s top-10 priorities.) As a bonus, if MySpace can figure out some sort of slick payment system, partner or no partner, it might be able to beat old rival Facebook to this potentially significant new revenue stream.

Virtual goods began panning out for developers large and small as of early 2008 and have continued to accelerate, from what we and many others have heard since then. Playdom may be on track to make $40 million this year, mostly from games on MySpace. Zynga is on track to make between $40 million and $60 million, from what I’ve heard — although fresh reports indicate the number could be somewhere double that. Of course, virtual goods were pioneered in Asia and have been perfected by companies like Tencent — now, virtual goods are most likely a multi-billion dollar industry there. Developers on MySpace and Facebook are duplicating at least some of that success and have the cash to show for it — MySpace doesn’t.