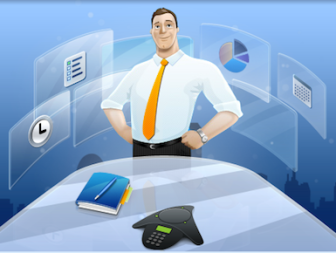 TimeBridge, the company devoted to making business meetings easier by connecting your calendar with others’ regardless of what software they’re using, today launched TimeBridge Business Plus, a premium version of of the service that adds a number of new features for businesses large and small.

TimeBridge’s new offering is all about making your meetings better. In addition to the initial product, which coordinates schedules of employees whether they use Outlook, Google Calendar, iCal or something else, TimeBridge is focusing on what happens during the meetings themselves. They’ve improved their already-cheap web meeting feature, and added free conference calling for users.

TimeBridge now also works with two popular productivity systems: Evernote, a note-taking service, to make taking and sharing meeting notes easier, and Google Calendar, which TimeBridge says 30% of its users rely on, to provide a way to schedule and even start meetings directly from within GCal.

TimeBridge hasn’t forgotten its core product, though, adding new features to the TimeBridge calendar: SMS reminders for meetings, group scheduling, and the ability to share availability, which makes planning a group meeting a lot easier.

TimeBridge Business Plus starts at $12/month, a small price when compared to other productivity suites like Citrix or Adobe. The company can certainly afford the low price, having raised $11 million in funding over the last four years, all of it from Norwest Venture Partners and Mayfield Fund.

As more companies move to a system of remote work, more tools like this will continue to pop up, keeping disparate groups in touch. With these tools, and total control over meetings, TimeBridge puts itself in a much better position to capture more of that market–the company reported having 400,000 users as of September 2009.

The company has offices in Berkeley, Calif., and in Israel. 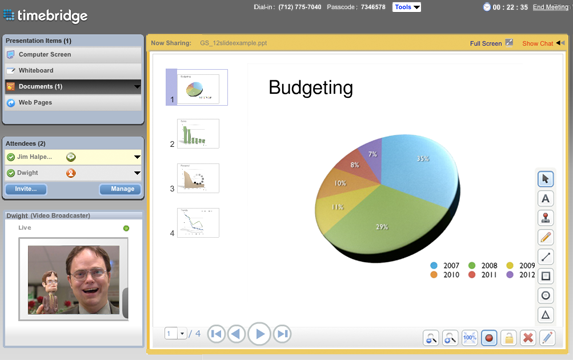