TimefireVR has announced the grand opening of Hypatia, a persistent virtual city and social playground in virtual reality.

The game is a free-to-play Windows PC VR world, playable in both VR and on 2D computer screens. In this world virtual citizens can let their creativity flourish through collaborative art-making, shared minigames, and social experiences that can influence an big city.

It’s available on Steam and the Oculus Store today, with support for the HTC Vive and Oculus Rift with Touch controls. It differs from other VR experiences like Sansar and High Fidelity.

The Phoenix, Arizona-based TimefireVR has created a curated experience, where it does a lot of the artistic creation in the game, rather than the players. But at various places within the game, such as an art shop, players can engage in creative activity, like painting, sculpting, and animating their own art places. They can also perform stage players together, and engage in virtual photography.

“I think we are doing something radically different from other VR worlds,” said Jeffrey Rassás, the CEO of TimefireVR, in an interview with GamesBeat. “It’s not infinite, not vast empty spaces. It’s more like going to Disneyland, You get to do  fun activities from day one. We are creating an environment where we were hoping to be a bridge to artistic programs.” 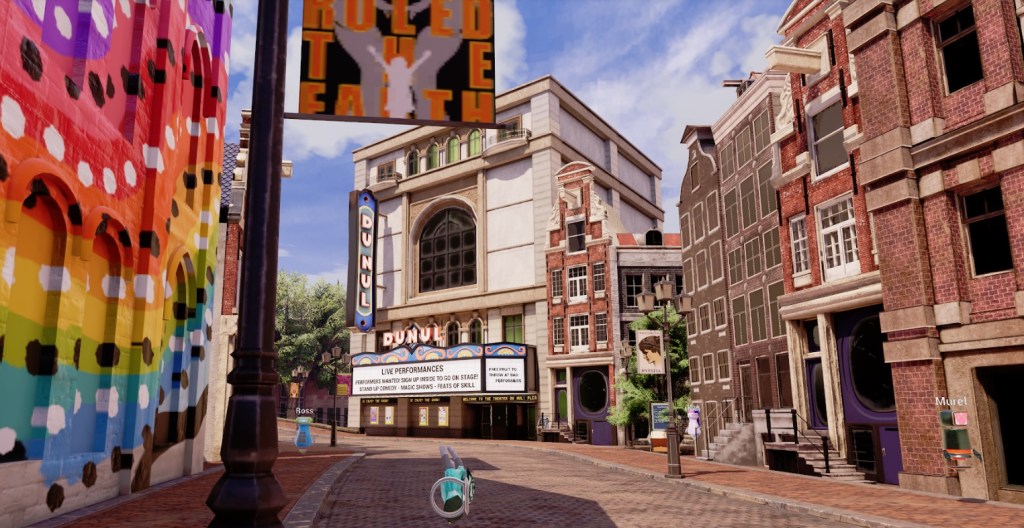 Above: The streets of Hypatia

Rassás said that careful moderation will ensure the city remains a welcoming, inclusive space. Each building and district offers activities and minigames, such as boat racing between islands, shopping at zero gravity malls, or taking part in alien space battles. In the city of Hypatia, creators and players can find a safe space for players of all ages, Rassás said.

Upon launching the game, players get keys to the city to explore Hypatia’s streets and buildings. The city will change and grow over time, as players make their marks and new game updates arrive, Rassás said.

The company started working on the game in 2014. It’s been challenging bringing it to market. All told, the company has raised $4 million to date. That’s a tough task for a company based in Phoenix, Arizona.

Early on, angel investors put $1 million into the company. But in 2016, to get more financing, TimefireVR went public via a reverse merger, where a private company allows itself to be acquired by a publicly traded shell company.

Rassás said that the reverse merger was “less than satisfying.” So the company went private about a year ago, reduced its overhead, and kept working on Hypatia. At one point, the company had 28 people. But it has reduced down to a core of nine people now, and it pushed out its launch date until now. 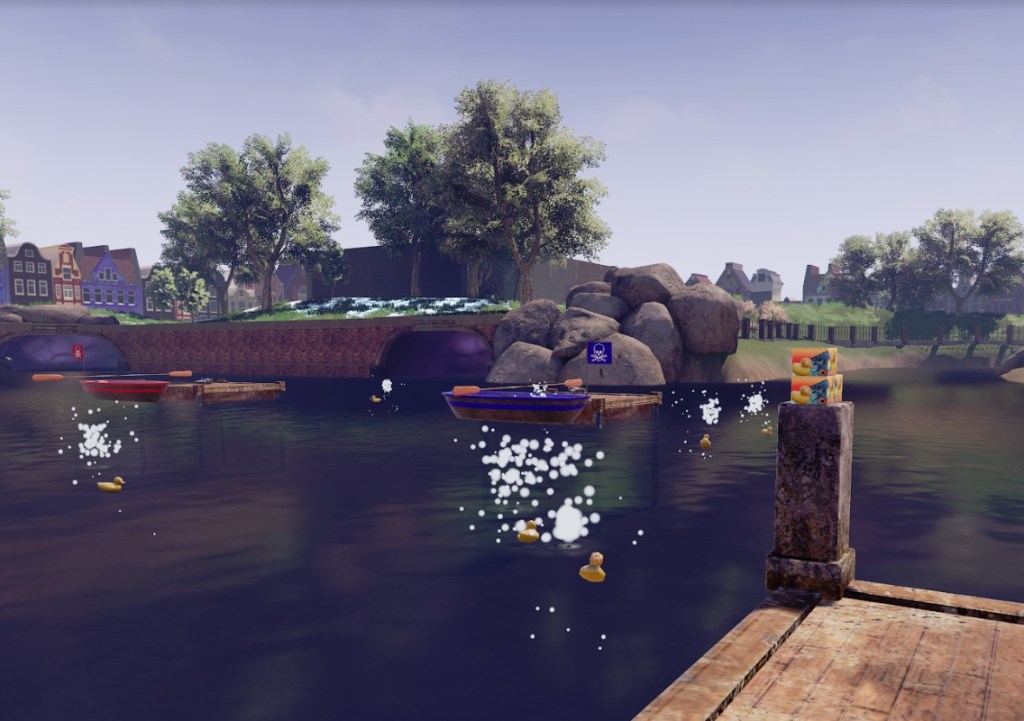 Above: Hypatia is a VR world.

Inhabitants of the city are free to visit Hypatia’s landmark locations, which include:

Centrum — The hub zone is where players can hang out to get a taste for what Hypatia has to offer. Basic activities are available as well as a street market, a welcoming hot air balloon tour, and pathways that lead players toward the city’s other districts and venues.

Mango Shopping Center — This is a three-story building where players can browse a variety of stores and test out fun toys and tools, as well as purchase items for use anywhere in the city.

Sprite Park — It’s a cartoon-inspired space where players can relax and take in the scenery, or play a game of hide-and-seek with the Sprite King. 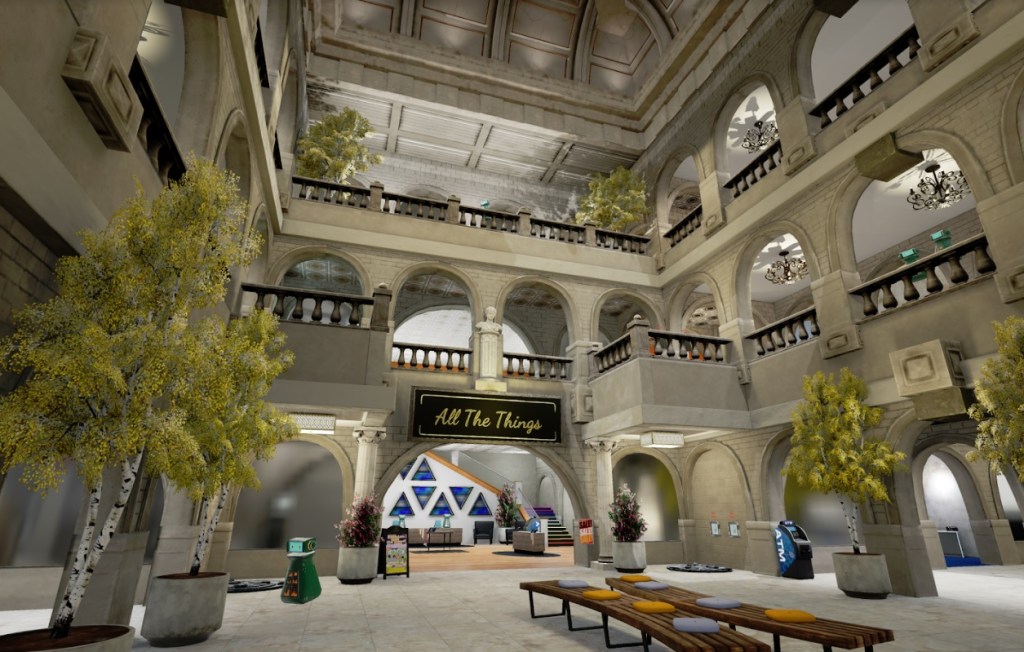 Above: A three-story shopping center in Hypatia.

Creative Art Studio — Accessible from Centrum, this art gallery gives players tools to compose works of art by themselves, or collaboratively with others — from canvas paintings, 3D sculptures, and 2D animated flip books. Art submissions can be voted on by the community, offering a friendly environment, with constructive feedback for creators.

Theater Du Nul — The Vaudevillian theatre is open for performers and audiences alike. Players can put on amusing shows as they roleplay with an assortment of props, or join the audience and voice their opinions by clapping or throwing fruit.

The VR world is named after Hypatia, one of the first female intellectuals from Alexandria, Egypt. It’s a nod to what women bring to culture and education.

Rassás said the company will update the world every 90 days or so. Over time, the company hopes to integrate blockchain technology.

“After the launch, we hope that the world will take on its own life,” Rassás said. “You can do sculptures on the street or go to the photography museum.”