It’s no secret TiVo has been watching its subscribers. But now the DVR company has announced it’s giving advertisers up-to-the-minute info on what users are watching (and fast-forwarding through) based on specific geographic regions.

As a web-enabled DVR/TV guide service, TiVo already collects a wealth of data on its users’ viewing habits on a national level. Today’s announcement is an expansion of those efforts by repackaging this data for advertisers and content providers on a local level. It works by logging the second-by-second activities of TiVo subscribers — for instance, fast forwarding through a 30-second commercial for a local car dealer — and then anonymizing the collected data. Once a user’s given activity has been scrubbed of identifiable info, it’s sent directly from the TiVo box and aggregated into a sample pool of other local TiVo users. In short, this info could give advertisers and broadcasters an idea of what kind of programming (or commercials) are making an impression in a given region. Though TiVo has planned a staggered roll out across the U.S., company executives say the service is capable of tracking viewer activity in virtually every U.S. market.

TiVo also says the information gleaned could help local broadcasters pinpoint when viewers lose interest in a given program (i.e., filler stories during the nightly news). Though this is certainly a viable use for service, it’s fairly obvious that TiVo’s announcement is more about leveraging its subscribers to attract local advertisers. TiVo is hardly the first company to enter this space (Nielsen, a popular TV analytics company has been at it for awhile), however, it does have the solid advantage of numbers. 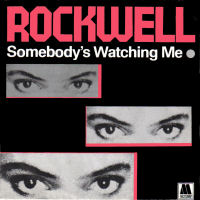 Although TiVo’s subscriber base has been dropping, the service still maintains roughly three million users. For its new service TiVo estimates it’ll draw data from roughly 25,000 of its users in larger markets versus Nielsen’s 900. In smaller markets, TiVo is expected to rope in information from close to 5,000 TiVo subscribers compared to Nielsen’s 400 person sample size. For local advertisers, this could provide a much more accurate snap shot of users’ tastes in a geographic area, as well as the effectiveness of their commercials — at least, among TiVo subscribers.

And therein lies the rub.

Since TiVo’s tracking and analytics products are tied to its service, it can’t provide a data set as comprehensive as Nielsen’s. Due to the TiVo’s standard privacy policies, it can’t collect supplementary information like the number of people watching a TV set at a given time, or demographic data like viewers’ ethnicity or income. This isn’t too surprising, given that TiVo was conceived of as a consumer service first, with its analytics and tracking products developing later in the product’s development. Another reason TiVo’s data doesn’t say much about TV watchers as a whole? The company’s audience research and measurement general manager, Todd Juenger, told USA Today that in addition to being affluent and better educated, TiVo subscribers tend to be “a little more white” than the population at large.

Will the viewing habits of a local market’s rich, educated, and white TiVo subscribers be enough to attract advertisers and slow the service’s current exodus? Probably not. Though it’s smart of TiVo to build value around its service by drawing upon its users’ habits, it still needs to find a way to battle cheap, cable-provided DVRs to keep its subscribers. After all, TiVo’s burgeoning analytics efforts won’t be that valuable if it doesn’t have subscriber info to fuel them with.