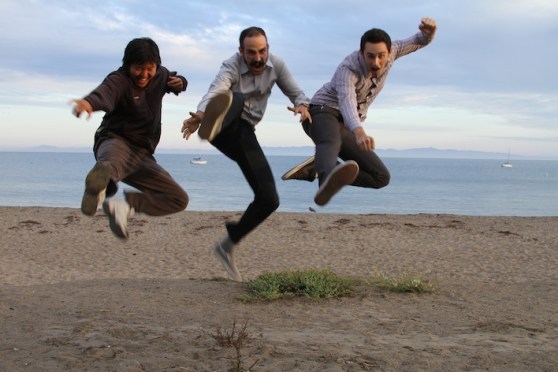 I’d fall in that category: I could point out a red-tailed hawk, a turkey vulture, a crow, and … a bunch of little brown birds. But with 900+ species in the country, I know I’m missing a lot.

Fortunately, there’s an app for that.

Birdeez is an iPhone app that makes it “ridiculously easy,” in the words of cofounder Jeff Simeon, to identify birds and then share your sightings on Twitter. I can only imagine that if the geeky Jack Black character in “The Big Year” had this app, he’d have powered to the top of the rankings much faster than that annoying Owen Wilson character. 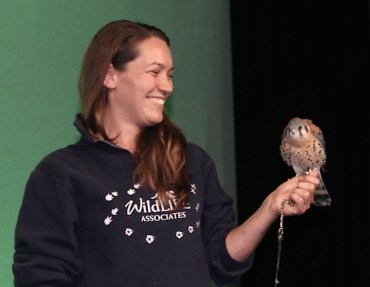 It’s Simeon who’s the source of the stats above, and when he told me about his company in a recent email, his conviction was a bit contagious. “People of all ages are suffering from nature deficit disorder at the same time that the environment needs a lot of attention,” Simeon said. “Our goal with our products is to use mobile technology to educate and invigorate interest in and about the environment.

“Almost everyone has seen a cool looking or beautiful bird at some point and wondered what kind of bird it is. But for many people, including my wife, current tools are too confusing or cumbersome.”

“What I would love to see is some more automation. Think of Shazam for birds. The right business model here is not ads, it’s around figuring out what people will pay for in a freemium model,” said Jason Krikorian, partner at DCM, at the DEMO Conference in Santa Clara, Calif.

Birdeez is still pending approval from the Apple iTunes App Store. In the meantime, the company is making its debut at DEMO Fall 2012 this week here in Silicon Valley.

“Do you remember when every tweet used to come with feathers? We gave them feathers again,” said Simeon at the DEMO Conference in Santa Clara, Calif.

Birdeez takes you through the identification process via a few simple steps (see screenshots below). Figure out its rough category, select a size and color, and then narrow it down to matching species. Once you’ve found a match, you can read a detailed description and behavioral information. If you press the “spot it” button — the high tech version of writing down the bird in your life list — Birdeez will save the time and place of your sighting, and optionally let you tweet it.

EcoLek got started in 2011 when Simeon and cofounders  Patrick Toerner and Thomas Kuo won a business plan competition at UC Santa Barbara, where Simeon was pursuing a graduate degree in environmental science. Other than the prize money, the company has not raised any outside funding.

Simeon is not just hoping to get more people interested in birdwatching and nature (something that wouldn’t be such a bad idea, given that the average age of a birdwatcher is 50 and the majority of people who claim the hobby are white). By collecting data from Birdeez users, EcoLek could also contribute to research on bird populations.

“Collecting sightings can crowdsource something much larger than the individual data. Also, bird watching has a huge social element in person, so we want to take that sharing online as well,” Simeon says.

So the next time you see a bird, you might just want to, well, tweet about it.

EcoLek is one of more than 75 companies chosen by VentureBeat to launch at the DEMO Fall 2012 event taking place this week in Silicon Valley. After we make our selections, the chosen companies pay a fee to present. Our coverage of them remains objective.