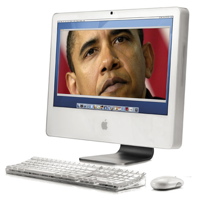 Time Warner executive may split AOL — New Time Warner chief executive Jeff Bewkes said he wants to divide AOL’s online access and advertising into two businesses, as well as possibly spin off the rest of the company’s cable operation. AOL’s ad business is growing while its access business declines, he said. Hopefully, the split — if it happens — will allow the company to pursue greater innovation after years of decline. After the announcement, Time Warner shares rose 4.3 percent in midday trading.

Microsoft’s Yahoo bid drops — As Yahoo mulls its response to Microsoft’s $44.6 billion takeover bid, the money on the table has been shrinking, Silicon Alley Insider reports. That’s because the offer involves trading Yahoo shares for Microsoft shares, and Microsoft’s stock has dropped from around $33 to around $29 since the announcement. If Yahoo eventually accepts the bid, the deal may earn shareholders substantially less than originally expected.
Facebook rewards good apps — Starting next week, the amount of newsfeed notifications allotted to each Facebook application will be determined by user feedback, Facebook announced. As ReadWriteWeb notes, the new system is designed to reward good apps and punish bad ones, and could help combat a growing sense of “app fatigue” among Facebook users.

China to take down firewall? — A spokeswoman for the Beijing Olympics said China is debating whether to take down the so-called “Great Firewall of China.” As noted in this AFP report, Chinese web surfers see a stripped-down version of most sites. Some sites, including the BBC and human rights organizations, aren’t accessible at all.

Israeli web companies make their pitch — Fifteen Israeli web companies sponsored by the California Israel Chamber of Commerce have been touring Silicon Valley, and they made their pitches today to high-tech investors and executives at Microsoft’s Mountain View, Calif. campus. Most of the companies have already gotten some press, but you can see the full list here. A few companies made new announcements, too — live video site BlogTV and social-network app 8hands both said they’re launching mobile service, and image tracker PicScout announced PicApp, which allows blogs to legally post images from a large photo library. (Read CNET’s coverage of the event here.)
Keiretsu Forum doubles investment in 2007 — The Keiretsu Forum, an angel investment group with members in Seattle, Portland, and Boise, invested $17.4 million in 35 companies, reports John Cook of the Seattle Post Intelligencer. That’s almost three times its $6 million investment in 2006. The group also doubled its membership in the last year.

PacketExchange raises $12M — PacketExchange, which provides Internet exchange services to customers including Microsoft, has raised $12 million in a second round of funding. The San Francisco company said it wants use the money on growth, including global expansion. The round was led by DFJ Esprit and Bank of Scotland Equity. The company also announced that it has a new chief executive, Rick Mace of Tekelec.

Google is also likely out of the bidding for the U.S. wireless spectrum — Instead, Verizon may be the winner.