(Editor’s note: Megan Jones is an investment banker and former Director at Hadley Partners. This story originally appeared on her blog.) 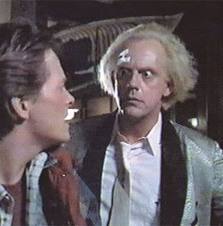 As these companies start going public will these seemingly high valuations have a larger impact?  Are we facing a new bubble?

The easy answer is probably – but let’s delve deeper.

One of my first projects as a young investment banker was to value a client whose legacy business was dying out quickly but whose new (radically different) product lines weren’t quite done being developed.

Typically, one starts a valuation by looking at the company’s numbers: Revenue, margins, earnings or EBITDA, ongoing investment requirements and such.  Thus valuing the existing, though dying, business was easy as it had financial results.  The new one – with no finished product and a new market, but no existing presence?  Not so simple.  We made up numbers (called projections and actually based more on data than simple guess work).

We did this by asking management for their projections and the support behind them.  Then we did some estimating of our own.

We looked at their industry and related industry projections.  We looked at the total market size and comparable company multiples in like industries.  We studied both high-growth industries and groundbreaking companies.  We came up with a variety of projections and used traditional valuation methods such as DCF and comparable company models.  We guessed, used some common sense and numerous footnotes and came up with a valuation.  Judgment, based on past experience, was key.

Fast-forward to the late 1990s and the dot-com explosion.  I pitched and worked on a number of deals in that heated sector and always looked back to my earlier project for common sense approaches to valuing companies that were creating industries. I also learned a new variable – the company’s reputation in its industry.  Sometimes, no one can better evaluate a company than its competitors who hear the customer feedback, know the space and understand the product or service.

Those were the early days of the Internet, when pretty much anything flew. Things are different today. The management teams of the companies listed above have held on longer and raised more private money than earlier dot-coms.  They have more users and potentially huge global markets.  They are more than a footprint.

Using traditional metrics the answer really depends on whether they execute and grow as the market is expecting them to.  Using historical numbers and comparing them to as “like” or similar companies (which, admittedly, is tough) the valuations are very rich.

But their growth rates are as high as the expectations. While lofty valuations leave them little room to underexecute, some of them will exceed these expectations. (Remember the naysayers who said Google’s valuation was too high at the IPO?)

Note that these valuations and multiples are mostly being afforded to the top tier companies.  What worries me more is that the concept has started trickling down, leading to heady valuations for less game changing or successful companies.  That trend – to me – is more worrisome than a few high profile and well-run companies getting a diamond valuation.

Lately, I’ve heard too many institutional investors say that they are now happy with more certain – though with less potential upside – returns.  I cringe.  Nothing is certain and hopping on yesterday’s trend, or today’s over priced trend, is dangerous.

The public markets are now double their lows of less than two years ago and around their highs from before the crash.   But evaluate a company and not the market.  No one can predict the market, but good companies will find ways of growing, adapting and making money.  Traditional valuation metrics should never be ignored as market multiples do play a large role in company values.