They may not be the most glamorous ticket in town during the holiday buying season, but family games are one of a very small number of video game genres where the adults can have as much fun as the kids. Family games have seen a resurgence in recent years thanks to the advent of motion-gaming technologies like Nintendo’s Wii, Sony’s PlayStation Move and Microsoft Xbox Kinect that simplify play mechanics beyond memorizing button placements or manipulating two analog joysticks in tandem. Family games are more about getting everyone in the room involved than spending 18 hours clawing and scratching your way through a singular adventure.

Not only are family games simple for all to enjoy, in recent years some of the world’s most recognizable brands have gotten in on the fun. While that doesn’t always spell success in the video game world, 2011 has seen the likes of Sesame Street and Disney get in on the fun with some worthwhile family titles of their own. Which are the ten best of the year that was? Here’s our definitive list. 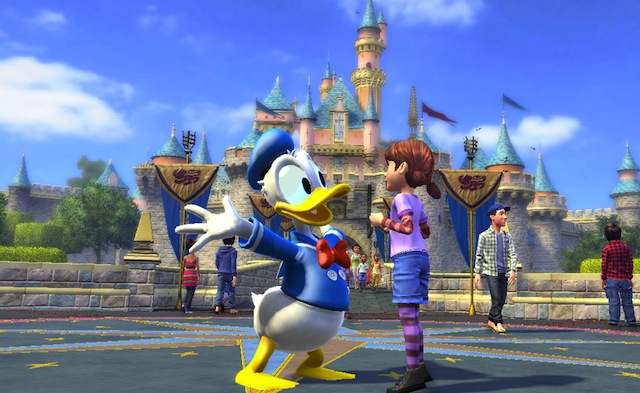 If you’ve never taken your kids to Disneyland or never had the chance to go yourself, Kinect Disneyland Adventures is the game for you. It’s structured to deliver similar experiences to what you’ll find in the park itself, but without those annoyingly long lines. Many of the rides that you know (or at least have heard of) are represented in virtual form as mini-games for one or two players. When you’re not racing through Splash Mountain you can take some time to visit with one of the many hallmark Disney characters wandering around the park. Using the Kinect camera sensor you can take pictures with Mickey, Goofy and the gang and interact with them with some pretty interesting ways. All while never leaving the safety confines of the living room. Not only does Kinect Disneyland Adventures deliver the sights and sounds of the park, it truly captures the spirit of Disney while also delivering fun and simple game play mechanics for players of all ages. See VentureBeat’s review. 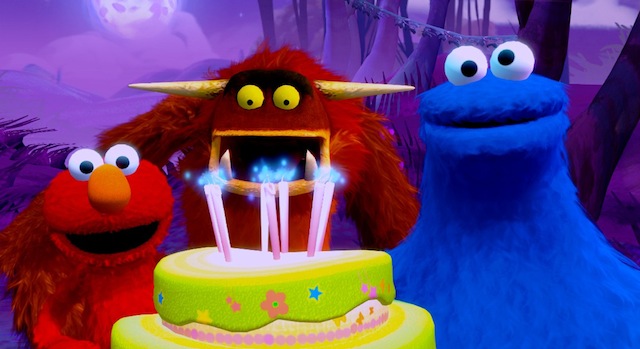 Few franchises are more identifiable in the eyes of children than Sesame Street and no game has captured the essence of those lovable furry character in the way that Double Fine managed. The game’s Creative Director, Tim Schafer, is more known for sculpting original off-the-wall characters and eccentric worlds, but Once Upon A Monster showcases the talents of Schafer’s development studio in a slightly different light. With plenty of mini-games that utilize the Kinect camera sensor in simple, intuitive ways, there’s plenty for the whole family to play together. See our interview with Schafer and co-creator Nathan Martz. 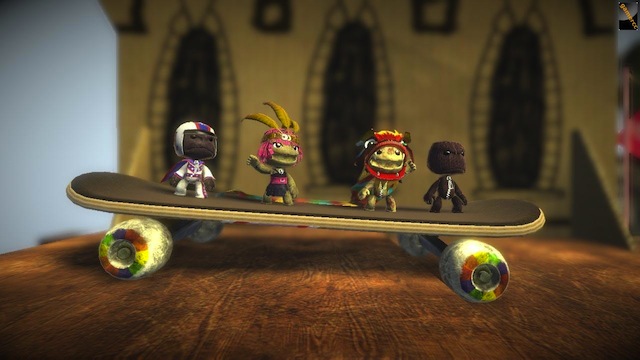 One of the very best in family gaming came to us very early in 2011 in the form of Media Molecule’s sequel to one of the best PlayStation 3 games of all time. Thankfully, LittleBigPlanet 2 did not disappoint as Sackboy’s second adventure delivers a more fully featured bag of tricks. While players can still hop into the game’s lovable story mode and play through Mario-style levels, expertly crafted by the developers, what truly sets LittleBigPlanet 2 apart is its creation mode. It’s extremely rare for a game to deliver both accessible action as well as the ability to exercise one’s creativity. With the creation mode people can cobble together levels and even entire games of their own, then upload them for others to check out. While youngsters might find the abundance of creative options daunting, sitting down with them and watching their amazement as ideas from their mind turn into a (virtual) reality on the screen is a great way to pass the time this holiday season. 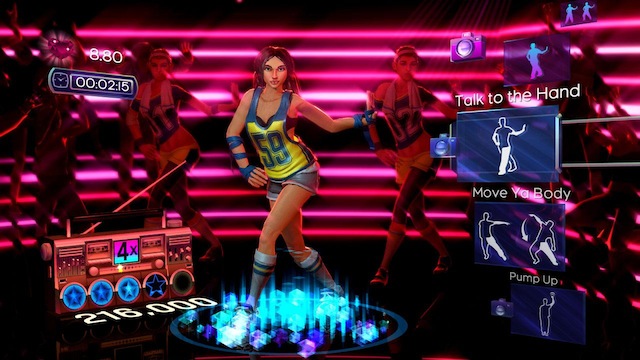 While dancing like a fool in your living room might sound like more of an embarrassment than a way to enjoy some time with the rest of the family, Dance Central 2 does a great of making you feel like a superstar, no matter how red your cheeks get. The second game in the promising series from the development studio that brought the world the original Guitar Hero and Rock Band has plenty for both veterans and newcomers. For starters, the series gets its first simultaneous multiplayer mode so two people can hop into the action and dance cooperatively or in a head-to-head dance battle. And if you’re not so confident in your moves on the dance floor, never fear, Dance Central 2 has a great teaching mode called Break It Down that will have you busting a groove in no time. 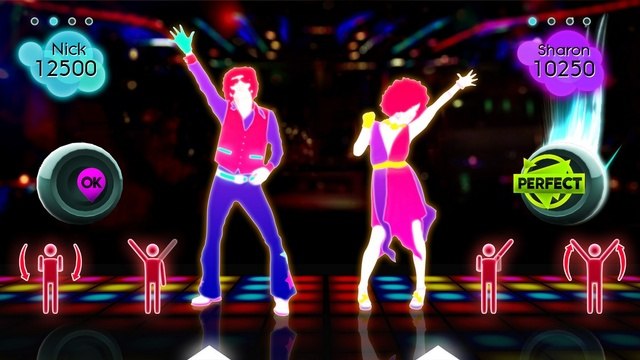 Not to be left out of the dance party, Just Dance 3 on Wii delivers some wonderful game play for up to four players, provided you have the requisite number of Wii Remotes and Nunchuks. The third game in the series follow the standard set by the first two entries as players swing their controllers around their body, keeping the beat and following the on-screen cues to more than 40 tunes that span a solid breadth of genres. Not only will Just Dance 3 improve your abilities on the dance floor, but it also presents players with a new Just Sweat exercise mode to help fight the turkey, pumpkin pie and egg nog that inevitably come with the holiday season. 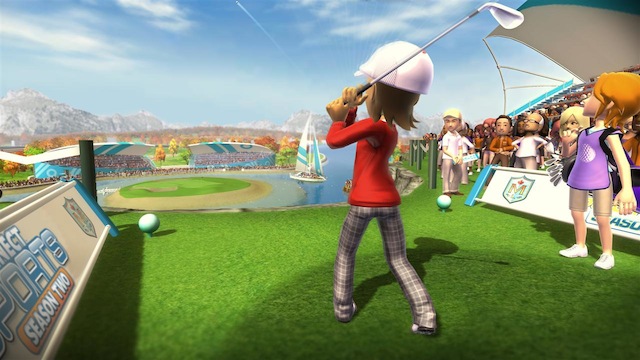 While not quite as well received by critics as the first entry in the series that was released alongside Kinect last year, Kinect Sports Season 2 still brings plenty of fun for the family to enjoy together. Six sports are aptly represented. There’s golf, tennis, American football, darts, skiing, and baseball. All of them feature accurate motion controls thanks to the Kinect camera sensor and up to four players can take part in the fun. Some sports – like football, baseball and tennis – are slightly more enjoyable than the other activities, but that doesn’t mean the other parts of the package won’t bring enjoyment to you and the little ones alike. VentureBeat’s review here. 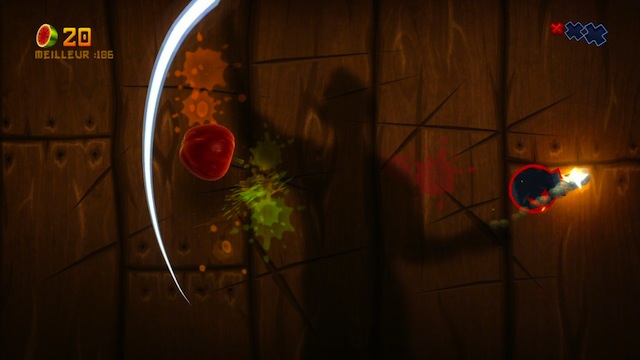 One of the greatest games on iPhone and iPad made its way to Xbox Live Arcade earlier this year. For ten bucks you get a familiar experience, but instead of a touch-screen and using your finger to break apart all of the fruit on-screen you’ll be flailing your arms around as the Kinect camera sensor tracks your every move. Not only do you get the standard challenge mode, but there’s also a party mode where two players can work either cooperatively or competitively. Fruit Ninja Kinect may not be the longest of the ten games on our list, but there’s no arguing with the fact that it’s both instantly accessible and immediately fun for gamers of any age. 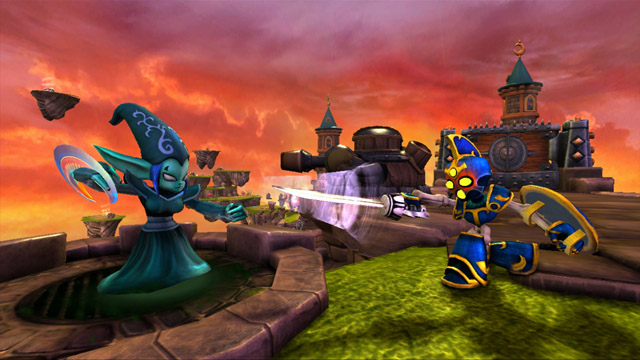 While video games and toy action figures are a common pairing in the minds of most children, but never before had they appeared in quite the same manner as in Skylanders. Players are able to scan different action figures directly into the game, perform missions in the story mode (either solo or with a co-op partner), and then take those action figures to a friend’s house and put them into their version of the game. Cooler still is the fact that characters can be ported into any version of Skylanders, regardless of platform. The price tag of $70 is undoubtedly steep for a title that will be enjoyed mainly by children, but being able to live out the fantasy of putting physical action figures into a virtual world and trade them with other kids in the neighborhood just might be worth the cost. See VentureBeat’s story on the making of the game. 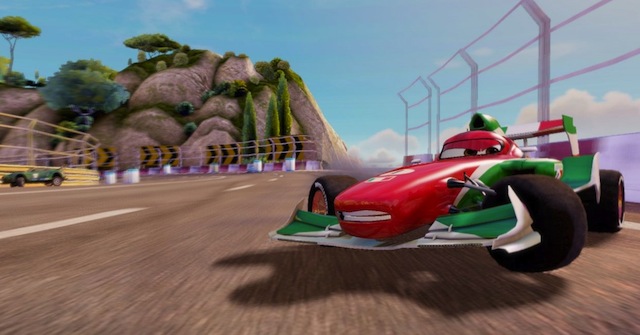 Movie franchises and video games typically don’t mesh well together with most virtual representations of the silver screen being relegated to the bargain bin of a video game store within a few weeks of release. Thankfully Cars 2 is a good example of how to leverage a Hollywood property while still delivering worthwhile game play. Those who’ve experienced the joys of playing Mario Kart with the family will feel right at home here with cute characters, fast action, power-ups and more right at their fingertips. Not only that, but the PlayStation 3 version is the only edition of the game that will allow up to four players to play in split-screen mode while taking full advantage of that swanky new 3D TV you bought during the holiday season. 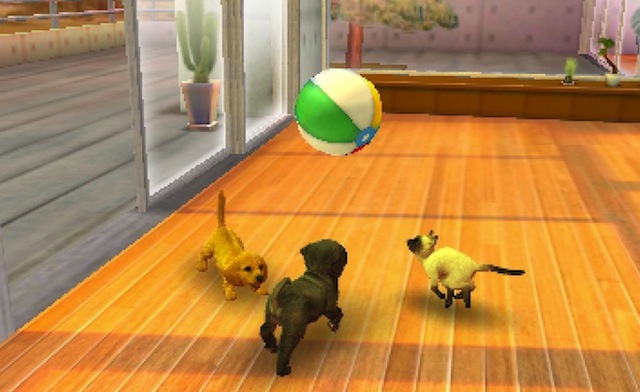 There’s no doubt that this sequel to a Nintendo DS classic doesn’t reinvent the wheel when it comes to innovating on the game play of the original, but it still excels in being a fantastic time waster for kids. Kids are charged with caring for their virtual pets and competing goals every so often. It’s not the most difficult game in the world and is instead more about playing with the cute and cuddly animals represented on-screen. So maybe this isn’t the best game for the whole family, but you’d be hard-pressed to find something more appropriate for young children during those long, trying family road trips.