If you couldn’t tell by the avalanche of product news hitting VentureBeat over the past few weeks, the next Consumer Electronics Show is almost upon us. The annual trade show, which has been held in Las Vegas for more than a decade, is where many of the world’s biggest electronics companies debut their new products, announce major news, and desperately try to remind us that they exist.

A flood of news is par for the course at CES (VentureBeat will be covering the event extensively, as we’re sending more writers than ever before), but every year a few major themes emerge that will resonate for the rest of the year. While the value of CES has arguably declined over the past decade — with companies like Apple, Samsung, and Microsoft announcing plenty of products at their own press events throughout the year — the show still provides us an interesting glimpse of what lies ahead.

This year’s trade show is poised to be one of the biggest in years, as the Consumer Electronics Association believes it will draw 149,000 attendees to more than 2,700 exhibitors occupying more than 1.8 million square feet of exhibit space.

Granted, some of the most significant consumer electronics and computing products won’t have a presence at the show at all. Microsoft’s upcoming Windows 8 operating system, due later in 2012, will likely be the consumer tech product that affects more people than any other. And Apple’s iPad 3 (and rumored iTV) are among the most-anticipated and most-hyped upcoming products. None of these will have any presence at CES 2012. But that still leaves a huge electronics industry full of products, technologies and trends.

Here are our predictions for the CES trends that will make a profound impact on the technology world, both for businesses and consumers, in 2012. 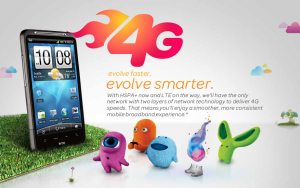 Verizon Wireless’s LTE 4G network was all the rage at last year’s CES, having launched just a month prior, and it marked the arrival of cellular networks that could finally achieve speeds comparable to home broadband connections. While Verizon has had its run of the LTE field for the past year, this year it’ll finally have some competition from AT&T and Sprint.

At CES, AT&T will be showing off its first run of LTE 4G phones, following the launch of its network  back in September. Leading the pack for AT&T will be the Nokia Ace, AKA the Lumia 900, which we think could turn the tide for Windows Phone. AT&T certainly has a lot of catching up to do, and we suspect that the carrier will be making some major announcements regarding aggressive expansion of its network.

Sprint, meanwhile, has said that it will have a major roll out of its LTE network in the middle of 2012, which will be followed by the arrival of LTE phones later in the year. The company was the first to launch a 4G network years ago, but it ran the slower WiMax standard. Now that LTE has proven to be faster and easier to deploy, Sprint has to jump ship from WiMax. We expect Sprint to divulge many more details about its LTE plans at CES.

That leaves T-Mobile, which for the past year has been embroiled in a potential takeover by AT&T. Now that that’s not happening, the carrier will likely move forward with plans to expand its HSPA+ 4G network, which at this point has already reached 42 megabit speeds in nearly 100 cities.

Ultrabooks, the new face of laptops 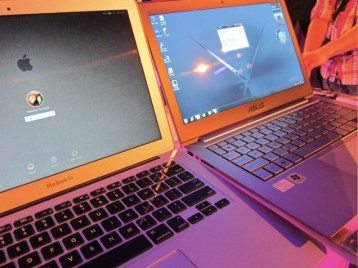 Last summer’s MacBook Air update proved that super thin ultraportables could finally go toe-to-toe with bulkier laptops. And not surprisingly, PC makers have since tried to replicate the Air’s success with ultrabooks, a term for the ultraportable machines coined by Intel. We’ve already seen some ultrabooks announced by Asus, Acer, HP and Toshiba, but at CES there will be between 30 and 50 new models announced.

Eventually, all laptops will resemble what we’re calling ultrabooks. The laptop industry has long aspired to fit as much power as possible in a tiny package. Ultrabooks are the realization of that dream. It used to be that ultraportable laptops came at a premium, then low-cost (but underpowered) netbooks eventually proved machines didn’t need to be expensive to be very portable. With ultrabooks, you get extreme portability and a decent amount of power at a price not much more expensive than mainstream laptops. Intel researchers say Ultrabooks enable “flow,” or the idea of being able to work in an uniterrupted manner.

Ultrabooks are also the best way for computer manufacturers to combat the rise of tablets. While slates like the Kindle Fire are getting increasingly cheaper, it’s still not as easy to be productive on a tablet (yes, even the iPad), as you can on a full-fledged laptop. At only a few pounds heavier than 10-inch tablets, ultrabooks could be seen as a companion to cheap tablets, and for some consumers they may even erase the need for a tablet altogether. 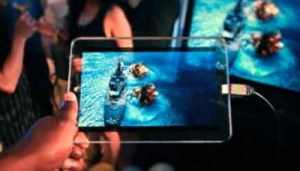 Silently powering the smartphone and tablet revolution are mobile chipsets that are powerful, while still being heavily optimized to not eat up too much battery life. Last year saw the rise of dual-core chipsets, including Qualcomm’s Snapdragon processor, Nvidia’s Tegra 2, and Apple’s A5 chip.

This year, the race is on for quad-core chipsets that will bring to mobile computing power on par with some desktops. We’re expecting to see plenty of devices featuring quad-core chipsets from many of the above companies at CES. Qualcomm has the new Snapdragon S4, and Nvidia has Tegra 3, both of which will be able to run complex 3D games and high-definition video without a sweat. Qualcomm has one of the keynote speech slots, while Intel and Nvidia have press conferences on Monday.

Intel is finally stepping into the game with its new Atom-based mobile chipset, codenamed Medfield. It may not be initially as powerful as the competing Tegra and Snapdragon platforms, but after sitting out the mobile chipset wars until now, Intel has to start somewhere. The company will reportedly show off its first Medfield-based Android phone, built by LG, at CES.

The consumer cloud takes off 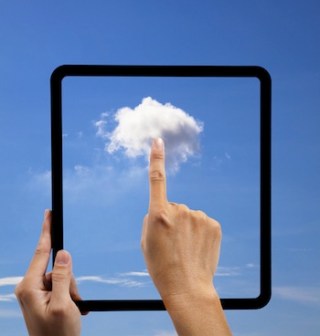 “Cloud” has been a code-word for enterprise for a while, but this year might be a big one for the consumer cloud. When iCloud and iTunes Match were introduced in mid-2011, we had a feeling that consumer-focused cloud technologies were about to start getting hot. Many other tech companies notably follow Apple’s lead, so it’s not hard to imagine other companies cashing in with their own cloud-based media services this year.

At CES, look out for companies showing off ways to connect your home and mobile devices with all sorts of media options. We expect cloud-based music and gaming to really get hammered into consumers heads, especially with connected TVs and mobile apps. Companies such as Verizon, Gaikai, Joyent , and Slacker will all be on CES panels discussing how to move forward with media in the cloud.

One company we expect to leave an impression at CES is Shodogg, which uses the web and cloud power to seamlessly move video content between screens, from TV to phone to computer. Another company that could shine is former DEMO winner WeVideo, which makes video editing in the cloud a reality.

As more car manufacturers develop electric engines and green solutions to help with gas mileage, they are also looking at ways to add more communication and media technology to vehicles. This year at CES, companies like Ford, GM, Mercedes-Benz and Audi will be showing off mobile apps that interact directly with cars and dashboards that function more like full-fledged computers. CES will also play host to a panel about cars that use short-range vehicle-to-X (V2X) technology that will allow cars to interact with other cars, traffic lights and pedestrians.

Ford specifically will be a big player in this space at CES with the introduction of a cloud-connected concept car that can beam data between cars and sync your schedule and music from home. The company will also show a beta version of its MyFord mobile app, which can find electrical charge points for electric engines and plan efficient routes using MapQuest.

With the ever-increasing demand that technology should help make driving safer, we can also expect that sort of tech getting a spotlight this year. CES will have a number of companies detailing technologies to help with “auto collision avoidance, land drift assistance, parking, speed monitoring, hands-free, text-to-voice, driver drowsiness detection and more.”

The start of a great year

While CES is bastion of consumer technology, there are still plenty of trends that will dominate the year that won’t have much of a showing at the trade show. One of the biggest is Windows 8, Microsoft’s latest operating system that will boldly attempt to unify a tablet and desktop interfaces. From what we’re hearing, Microsoft won’t be announcing much significant Windows 8 news at CES, though you can be sure plenty of other companies will have Windows 8-related news in tow.

Looking beyond CES, there’s plenty to look forward to this year: Tablets that won’t suck; the eventual release of Apple’s completely revamped iPhone (which we’re hoping will prove those iPhone 5 rumors true); and mostly for me, the many surprises that 2012 will bring.