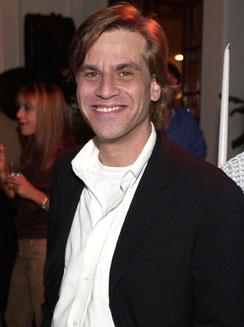 Aaron Sorkin has created gripping movies like A Few Good Men, and television shows like The West Wing. Now, he’s going to write a story about the creation of Facebook. Sony’s bankrolling the feature film, with Scott Rudin producing it.

Here’s the thing. I’m worried that Sorkin is going to write a movie based largely on all the fawning stories that have already been written about the company’s founding, with his own crude spin. He thinks the Facebook cofounders started the site to “meet girls” — none of them were single when they started it.

[Update from Facebook: “We are routinely approached by writers and filmmakers interested in telling “the” Facebook story— or, more accurately, the more than 100 million Facebook stories of the people who use our products to share and make the world more open and connected. We are certainly flattered by the attention and interest, but at this point, have not agreed to cooperate with any film project.”]

To recap the founding timeline (which most people in Silicon Valley are likely sick of hearing):

Mark Zuckerberg created the site in his Harvard dorm room in 2004, building it around the idea of connecting real people within real-world communities. Then, growth exploded on college campuses around the U.S. The company moved to Silicon Valley. Zuckerberg met Napster co-founder Sean Parker on the street (although they’d actually talked already). They raised venture funding. A rival social network accused Zuckerberg of plagiarism. Fast forward a few years. That accusation turned into a lawsuit — that got settled — and Facebook has grown into the largest social network in the world.

After all, this well-covered saga is probably what got the movie the green light in the first place.

The reality is that there are dozens of employees, ex-employees and friends of employees floating around who have great stories to tell — stories both flattering and not-so-flattering, that I’ve heard about off-the-record. These stories reveal the sometimes-juvenile genius of the company’s founders and early employees in a nitty gritty way that doesn’t get captured in most press coverage.

There are good reasons why these stories have never been published. Facebook employees tend to be loyal, in part because they believe in the vision behind the company — “to make the world a more open place” through letting more people share information and better understand each other. And also because Facebook founder Mark Zuckerberg has also widely distributed company stock that may be worth billions one day. People don’t want to talk and lose their millions.

Sorkin likes to dig deep into story settings, as his many fans can attest to. But, in a Facebook page created recently about the movie, he admits to not even really knowing how the site works. At least, however, he created the Facebook group about the movie to start playing catch-up with the company’s 100 million users. I’m hoping for the best.

And now for a little self-promotion. Sorkin, please contact me for more information: eric (at) venturebeat (dot) com. Or check out our vast collection of past articles about Facebook.

Sorkin’s Facebook message:
Welcome. I’m Aaron Sorkin. I understand there are a few other people using Facebook pages under my name–which I find more flattering than creepy–but this is me. I don’t know how I can prove that but feel free to test me. I’ve just agreed to write a movie for Sony and producer Scott Rudin about how Facebook was invented. I figured a good first step in my preparation would be finding out what Facebook is, so I’ve started this page. (Actually it was started by my researcher, Ian Reichbach, because my grandmother has more Internet savvy than I do and she’s been dead for 33 years.) Some of you might be familiar with some things I’ve written. I’m the author of two Broadway plays–A Few Good Men and The Farnsworth Invention, five feature films–A Few Good Men, The American President, Malice, Charlie Wilson’s War and The Trial of the Chicago 7 which is in pre-production, and three television series–Sports Night, Studio 60 on the Sunset Strip and the first four seasons of The West Wing. I honestly don’t know how this works, which is why I’m here. If anyone has any questions I’d be happy to answer them as best I can. If anyone has any comments I’m glad to listen. And if anyone has any Facebook stories I think they might be helpful. That’s all. I’ll try to get better at this as I get more practice. Aaron * I feel about this introduction the way I felt about Sophie’s Choice–It could have been funnier.
[Image via E! Online]