The free-to-play online game is a 10-versus-10 multiplayer game coming from Sega’s The Creative Assembly and Wargaming. Sega teamed up with Wargaming, maker of World of Tanks, because of its free-to-play experience. And The Creative Assembly hopes to go beyond appealing to its traditional hardcore real-time strategy customers. Total War has sold more than 20 million units on the PC since the debut of Shogun: Total War in 2000.

Total War: Arena has no single-player campaign, and it has a lot less depth than the normal Total War title. But it might be just the thing to help the franchise grow. 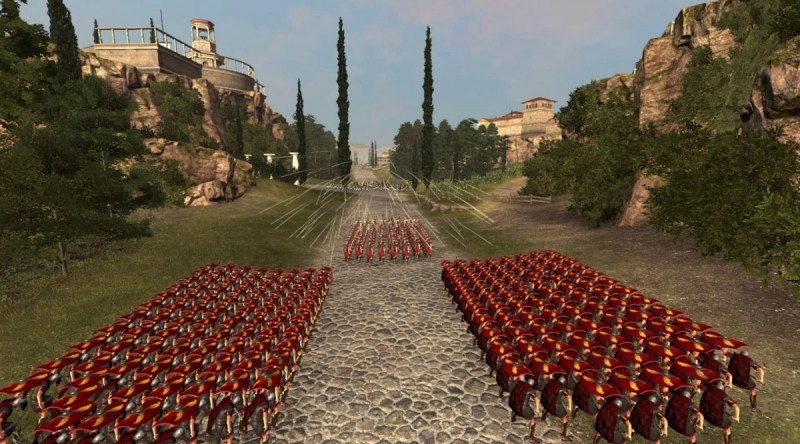 Above: Total War: Arena pits 10 players against 10 in a multiplayer fray.

“It’s a battle slice of Total War. We want to lower the floor to make Total War more accessible to some,” said Elliott Lock, lead battle designer of the game, in an interview with GamesBeat last week at the Electronic Entertainment Expo (E3), the big game trade show in Los Angeles. “History is still the No. 1 pillar of Total War. But we want to make it less like a history lecture and more fun.”

You command groups of soldiers and can zoom in on individual soldiers or zoom out for a bird’s-eye view of the 3D battlefield. In this case, players controlling soldiers will be able to square off against each other on a sizable battleground with lots of strategic control points.

You start in a camp. So far, you can choose among Romans, Barbarians, and Greeks. You can choose leaders, such as Germanicus. Each commander has three special abilities, such as “vengeance,” “testudo,” or “infantry charge.” With vengeance, troops have more determination to win. With testudo, troops can turtle up and use their shields to deflect long-range arrow attacks. 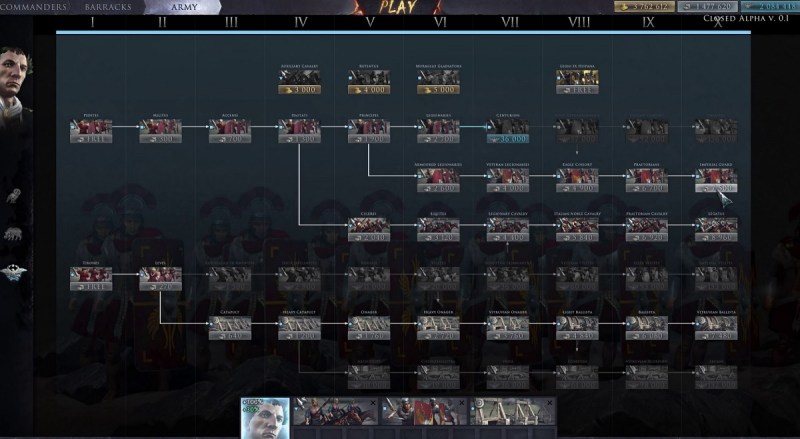 Above: Total War: Arena has a big skill tree to climb.

In Total War: Arena, you’re kind of a mid-level commander in a larger army. You could control three units in a larger army with nine other players on your team. And you could be in charge of a few archery units, melee units, cavalry, or even catapult units. You have your own commander and can level up over time as you get more experience. You have to make sure your units operate in tandem with the other troops on the battlefield.

To win, you have to wipe out the enemy, capture its base, or simply kill more of the enemy in a timed battle. In this game, you can rout enemy units more easily than you can in other Total War games. The reason is that the designers want you to be able to turn the tide of the battle more easily, Lock said.

You can use consumables in the game, such as showering the enemy with lethal missiles, said senior development manager Geoff Smith, in an interview. I thought it was cool that you could take control of a catapult and shoot it across the map. You play a small part, for sure, but skillful use of the catapult and your other units can change the course of the battle, he said. 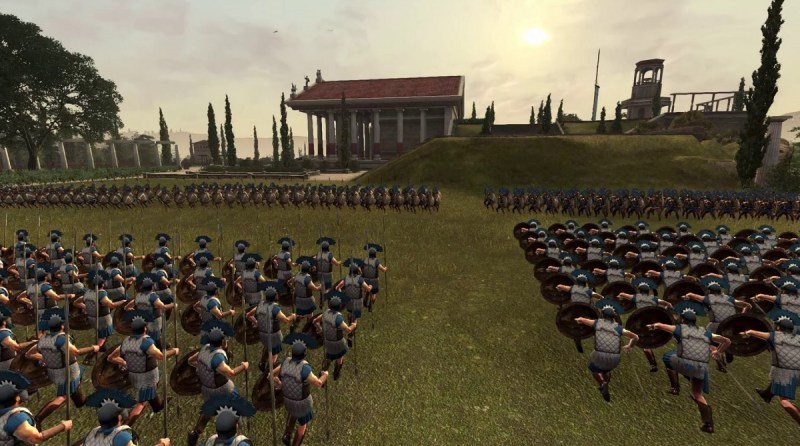 Sadly, you can’t just fire your catapult everywhere. You can kill your own troops with friendly fire. Sometimes, that’s unavoidable, as you may have to attack an enemy unit that is overwhelming your troops. In that case, you can see how many of your troops are killed and how many of the enemy’s are killed when you attack a melee with a catapult. You even have to be careful if your cavalry retreats into a row of pikemen, as you have to make sure the pikemen do not have lowered pikes. If they do, then the cavalry may get skewered.

The game has a lot of historical detail on the units and commanders. Germanicus had a long bio, but it’s not meant to be just a history lesson. As a free-to-play title, the game has multiple types of currency. Silver currency is earned throughout the game by playing. Gold currency costs money, and you can use it to climb skill trees that would take a longer time if you tried to earn your way upward. 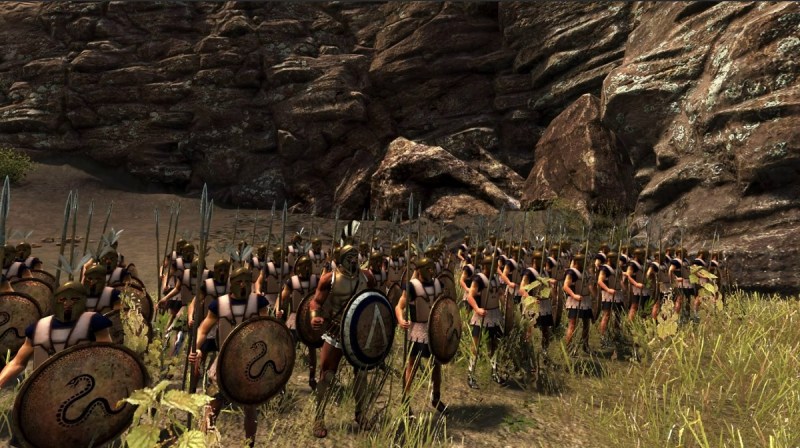 Besides Germanicus, I got a look at a new commander, Boudica, queen of the Celtic Iceni tribe. She hates Rome because of what the Romans did to her and her tribe, and she led an uprising against the empire in AD 60. Her hatred fuels her troops.

Total War: Arena uses the Total War: Rome II game engine, which can place thousands of soldiers on the battlefield.  The battles are still pretty big, with 7,000 or 8,000 soldiers on a map. It may seem like 10-versus-10 games are huge, but it works on the Internet since one or two players might drop out. The loss of one player isn’t a big deal, as the matches last just 15 minutes or so.

It’s still a pretty hardcore game, but the developers want to create the impression that it’s not so hard to get into, Lock said.