After the debut of Total War: Three Kingdoms, the team is due to launch a smaller Total War game; Creative Assembly’s Saga games have a more limited scope. It will cover the Trojan War, as inspired by Homer’s epic poem The Iliad.

Troy is set in the Bronze Age, the oldest era for the history-focused real-time strategy series that has sold more than 25 million copies to date. The game will not just cover the battles before the city of Troy. You will also hold the fate of the surrounding Aegean civilization in your hands. 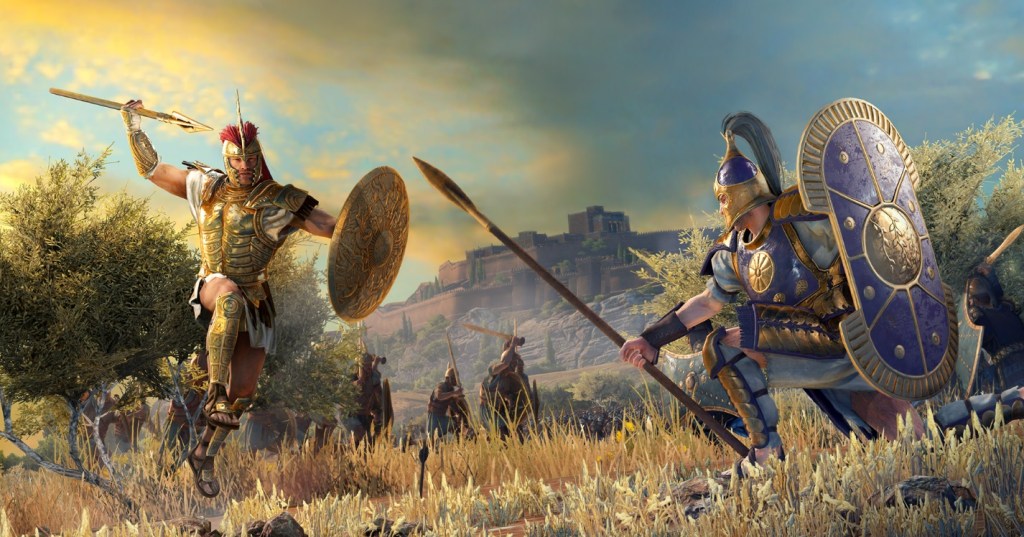 Above: The wrath of Achilles in Total War Saga: Troy

“Each choice you make will shape the lands from the mythical heights of Mount Olympus to the arid deserts of Lemnos,” the Creative Assembly said. “Experience history as it may have happened or shape the legend for yourself in this unique chapter of Total War.”

I’ve enjoyed the Total War series over the years because the 3D graphics are amazing and the battlefields look so realistic. You can pull up to control entire companies in an army or zoom in close to see how the battle is going on the ground level of the combat.

The series has been more willing to go beyond human history lately. In Three Kingdoms, you could play a version of the game that had leaders with supernatural powers to make a big difference on the battlefield. These heroes could turn the tide of a battle. 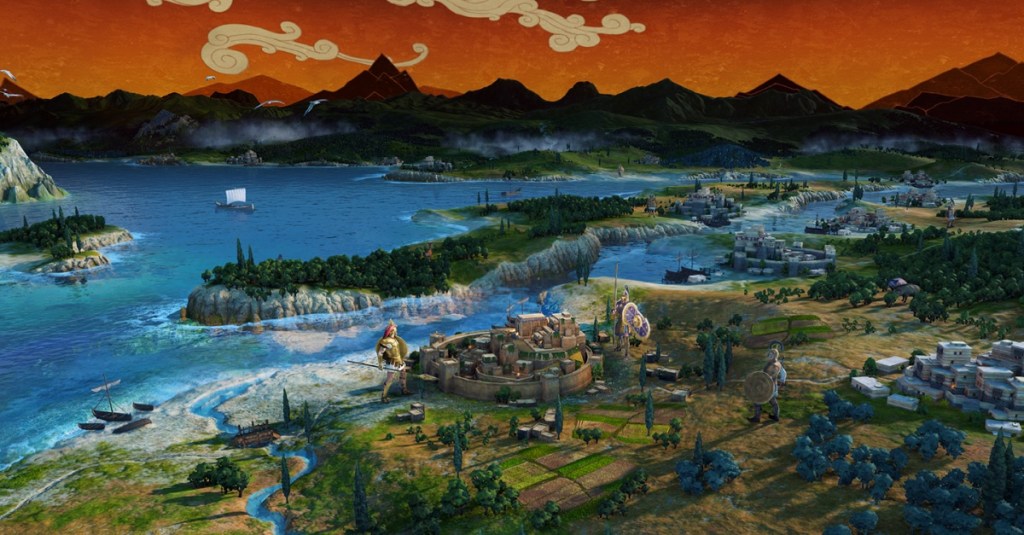 Above: Battles will take place across the Aegean in Total War Saga: Troy

Likewise, Homer’s Iliad is rich with myth, legends, gods, and monsters. Total War Saga: Troy will cast these stories through a historical lens to consider what might have really happened but ultimately lets you decide which heroes will fall in battle and which will be immortalized in legend.

In the trailer, you can see the legendary Achilles mourn his friend Patroclus and then seek revenge against Hector, the war leader of the Trojans, in single combat before the walls of Troy. That scene is a lot like the duel in the Brad Pitt movie, Troy. 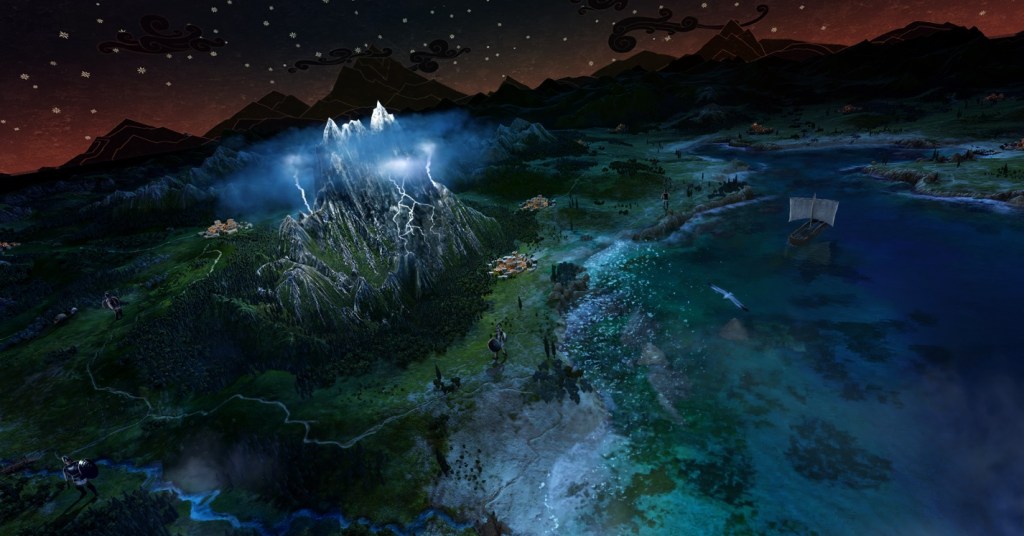 But the strategic campaign map shows that you can move armies around the entire region of the Aegean Sea. Creative Assembly said you will need to deftly manage a barter economy, conduct diplomacy among friends and foes, and curry the very favor of the gods.

The game will debut on the PC in 2020. I am very much looking forward to this game, as I was a huge fan of Total War: Attila, and I read the Iliad multiple times in my younger days. I expect Creative Assembly will do this story justice.

I asked questions Tory and received an email response from Milcho Vasilev, a senior game designer at Creative Assembly. 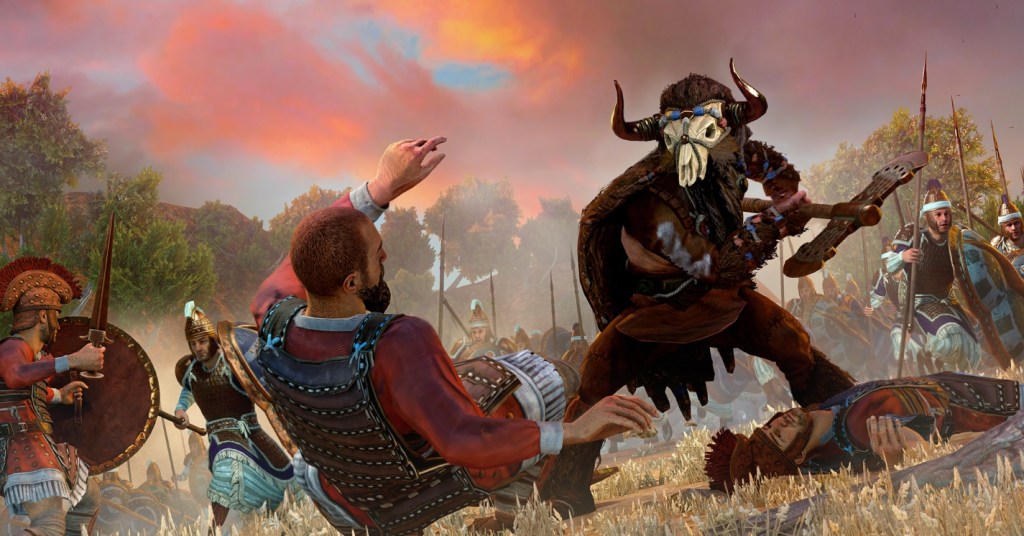 GamesBeat: Why did you choose to go to Troy as the setting?

Vasilev: Troy was born from our love of the legendary tales that have reverberated throughout history to the present day. This period is completely new and represents the furthest back in time we’ve gone to establish a new Total War game, presenting us with a number of opportunities to experiment with new ideas. Our Saga tiles also focus on key flashpoints in history, meaning the 20-year conflict surrounding the Trojan War is a perfect fit.

GamesBeat: Did the addition of heroes to Three Kingdoms make it easier to do something with gods and heroes?

Vasilev: We knew we couldn’t do Troy justice without representing the complex relationships that took place on the battlefield and in the pantheon. Three Kingdoms gave a lot of inspiration in that regard but we’ve made careful adjustments to ensure it best suits the direction of Troy specifically. As with any Total War title, the similarities and differences are what lets it stand on its own.

GamesBeat: Do you get to include the wider region beyond Troy itself in the games, as a reflection of the wider war between the Greeks and the Trojans?

Vasilev: A Total War Saga: Troy will span the majority of the Aegean sea region and Western Anatolia. Despite the focus on such a specific region of the world, Troy also embodies one of our largest maps in terms of conquerable regions, with over 230 suitable for occupying, sacking and razing. 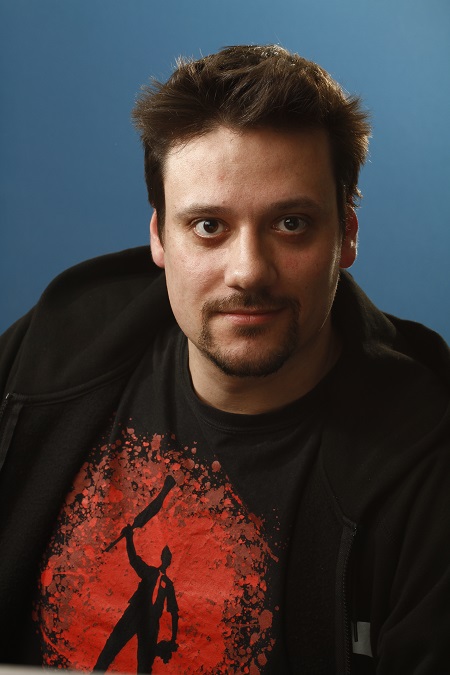 Above: Milcho Vasilev is a senior game designer at The Creative Assembly.

GamesBeat: How much is historical and how much is mythical?

Vasilev: The events surrounding the Trojan War are steeped in mystery, with neither mythological sources such as the Iliad or archaeological finding proving us with a complete picture of what the event looked like. As a result of this we’ve developed a core design pillar known as ‘the truth behind the myth’ which has allowed us to maintain a more accurate representation of what the conflict actually looked like by using elements from both sources. This approach allows us to remain as historically grounded as possible whilst leaning on mythological influences to provide a unique gameplay experience to the Total War audience.

GamesBeat: As a Saga, how will this be similar or different from past games?

Vasilev: Saga titles are our chance to think differently in our designs, often leading to new ideas, mechanics, and perspectives that go on to influence future era titles. Within A Total War Saga: Troy, we’re introducing several new features to the franchise which are a total war first, including a unique Gods and Favor mechanic, a brand-new Multiple Resource Economy, as well as new romanticized campaign map and shroud design, with many more features to be explored in the future.