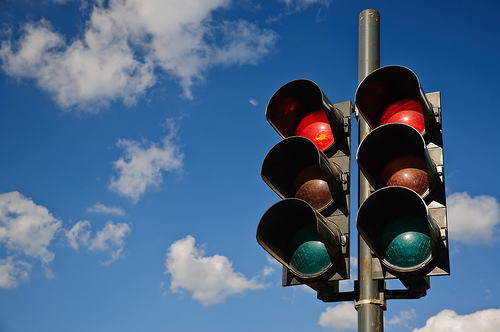 Whenever I write about smart grid gadgetry, much of it is probably quite boring for the average consumer. Meters, protocols, wireless networks, software — who cares?

But just as utility-side smart grid products have grown, so has technology tailored to the consumer. Some of the early offerings have struggled to engage users: Industry executives like Opower’s Dan Yates and Ecobee’s Stuart Lombard have all said the flaws with the first generation of home energy dashboards and smart thermostats is that they’ve been — well, boring, often to the point that no one has wanted to use them.

But as major companies and startups alike look to grab opportunities in the home energy management sector, a new generation of products is taking on that issue with gusto, and it will be interesting to watch which ones sink or swim. There’s some promising-looking stuff out there.

Take Intel’s home energy dashboard (right), a sleek display that not only helps you monitor energy use but offers other neat applications like video memos, traffic and mass transit monitoring and yellow page searches. Killer apps on home dashboards may well win over consumers where smart grid products have failed in the past.

Price is a question on fancier consoles. Some have suggested that utilities might provide cheap or free energy mangement gadgetery, similar to how AT&T might offer a free or discounted cell phone with a service contract. Others, like Schneider Electric, have opted for middle-of-the-road-ish pricing, with backlighting that shows you something akin to an “alert level” of your energy usage — an interesting approach that just might work.

I got to see this traffic light-esque design in action recently at a smart grid demonstration at the Austin offices of Texas transmission utility Oncor. The product on display, a device by Landis+Gyr, is similar to what others like Schneider Electric are offering: the traffic-light approach to saving energy and money (both are pictured below).

It seems this approach is a simple but effective way to get to the vast majority of users who aren’t terribly interested in raw energy usage data. These devices use different colors to indicate your energy usage level — way simpler than foraging through numbers and bar graphs. And in demand-response and peak load management scenarios, they can motivate you to shift your energy use to off-peak times. In a home enabled with smart appliances like programmable thermostats and water heaters, these devices makes even more sense.

Easy, accessible knowledge like this is power for utilities that want to launch a broader menu of offerings, from ones that offer financial incentives for peak-time consumption cuts (called demand response) to adjustable-rate plans. In those scenarios, devices like this make sense. That’s the mindset behind the Ecotality and Cisco partnership, which displays utility rates and charging history on a Cisco home energy controller that will help guide homeowners to the best times to charge, then program their Ecotality electric car charger to charge at cheap-rate times.

Home energy tech hopefuls have had to toe the line when designing their wares: Is the answer to create opt-out programs that automate energy management and adjustments so that consumers don’t need to think about it — just kick back and enjoy the savings on their energy bill? Or is the answer to make a module engaging and fun, so that residents actually want to monitor and adapt to their home energy use day to day? These simple traffic light-type devices seem to sit nicely between two extremes.

Update: This story has been corrected to indicate that Landis+Gyr is the maker of the device on display at Oncor.]