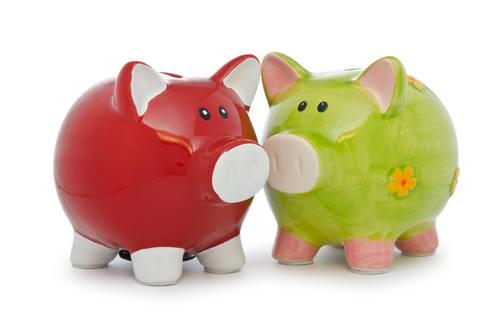 Do you live outside your native country? Need to transfer money home? Most banks will charge you not only for the currency exchange but also for the transfer itself.

TransferWise today announced funding of $1.3m for its scheme to sidestep the banks using cheap, peer-to-peer currency exchange. Among the new investors is Max Levchin, the co-founder of PayPal.

Banks charge 3-6 percent more than the mid-market rates for currency exchange. The mid-market rate is halfway between the “buy” and “sell” rate for a particular currency on the global currency markets. Transferwise cuts out the banks by matching your exchange, e.g. from Euros to British pounds, with others who want to turn pounds into Euros. For example, if I want to send 1000 EUR from Amsterdam to the UK, Transferwise would save me around 40 EUR at the current exchange rates.

Transferwise was founded by Taavet Hinrikus, one of Skype’s first employees. Hinrikus is Estonian but lives in London. He says he often needed to transfer money home. An informal market emerged where Estonians would exchange currencies. Transferwise automates this process.

“Banking is broken and people want simple and cheap solutions,” says Hinrikus. “Banking needs to be democratized in the way that low cost airlines did 20 yrs ago in aviation or Skype did 10 yrs ago in Telecoms.”

Since the company launched in January 2011, Transferwise users have exchanged $13 million (10 million EUR) and saved more than $654, 000 (500,000 EUR)  in the process. Most users are pensioners, students or professional expats. The average size of transfer is around 1500 GBP.

As a user, you transfer the money you want to exchange to Transferwise’s UK or Irish account. Your cash is matched with one or many other parties at the mid-market rate currently available on the currency markets. The cash is converted, for example, from British pounds to Euros and transferred to the designated recipient. Transferwise charges 1 GBP for each transfer. No banks or brokers get a commission on the exchange process.

Currently, you can only exchange British pounds to Euros, and vice versa, but Hinrikus told me that additional European currencies will be added in about a month. The American dollar is one of the most requested currencies.

Transferwise is based in London, has 10 employees and was founded in 2010.  The new investment of $1.3 investment was led by IA Ventures, Index Ventures and a group of angel investors.