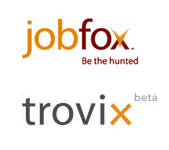 Job searching is still painful for most people.

The standard job search today means sifting through masses of listings to find jobs that fit, a process that is always exhausting, and often ineffective.

However, there’s a new set of companies that want to turn the process upside-down. They want to do the search for you. They include Trovix, JobFox and to a lesser extent Jobster, which lately has headed in this direction.

Mountain View’s Trovix, a company that launched its public service yesterday, is the latest. You simply upload your resume to Trovix’ site, and Trovix automatically determines your qualifications, searches through an index of millions of job posting, and extracts those that match. Voila!

The job search market is estimated at $55 billion. Eric Yoon of JobThread, a company that offers job boards, broke down the numbers for us: $8 billion is spent on job boards, $6-7 billion on newspapers, and the rest goes to executive and contingency search. Other research has found that companies only find a small portion of their new hires through traditional job boards like Craigslist, Monster, CareerBuilder or HotJobs. Even specialized sites like Guru and Dice aren’t doing the job. As Yoon notes, the huge issue is not job search, but getting access to top talent.

That’s what makes JobFox, yet another company, sound like a more likely winner. JobFox is similar to Trovix, but only shows jobs from the companies it allows onto its site, where Trovix instead searches across the entire internet.

Where JobFox really shines is in offering different levels of confidentiality. With Trovix, no one has access to your information until you choose to send it. JobFox prefers to actively market the skills of its users, even if they choose to keep some personal details anonymous.

One of a new breed of “personal branding” sites, candidates can build a JobFox profile akin to those on a social networking site, highlighting special skills and knowledge for employers. The site also aims to attract people who already have jobs, but would like to anonymously market themselves in case a better opportunity presents itself.

Because its best users are assumed to already be employed, with less time or inclination for job hunting, Jobfox attempts to make the signup process as easy as possible. During a test configuration, the site asked a series of multiple-choice questions relating to career and experience. In a fairly short period of time it had built an interactive job-skills map that, alongside a summarized resume, is the centerpiece of the personal profile page.

Other facets of the page include a tag-cloud of “dream job” characteristics, a space for work samples and links, and a personal summary. Overall, the Jobfox profile page compares well to a Jobster or LinkedIn profile, offering more information with a sleeker design. Another recent entrant, MyCredentials, looks amateurish by comparison.

With its focus on the more lucrative section of the job market, executive headhunters and managers looking for qualified workers, JobFox would appear to be aiming for the right section of the market.

In the “personal branding” niche, where no site has yet gained a significant toehold, will Jobfox succeed? In a sense, it’s already failed; it actually began life two years ago as Market10, a site that billed itself as being “like eHarmony for job seekers.” Accused by users of poor user interface and bad design, it quickly fell off the radar.

Jobfox CEO Rob McGovern’s team appears to have addressed the user concerns and built a solid new product. In all, it may be the best personal branding site yet to appear. And you can’t dismiss the man himself: Although Careerbuilder took a few years to gain traction, having begun life as now-forgotten NetStart, McGovern sold the site to a newspaper consortium in 2000 for a whopping $200 million. 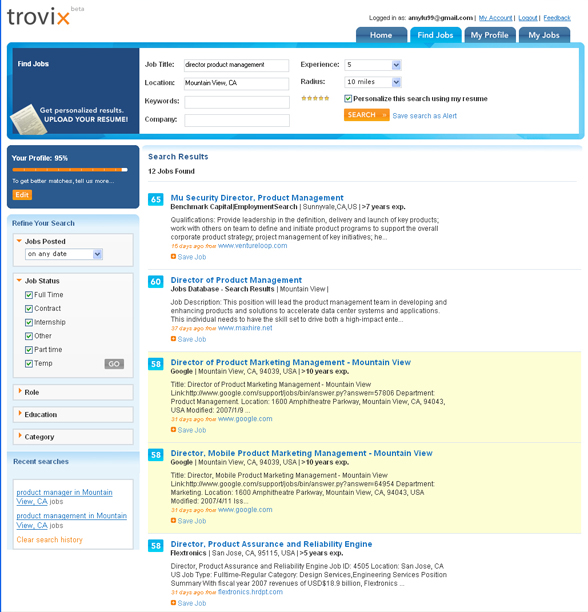 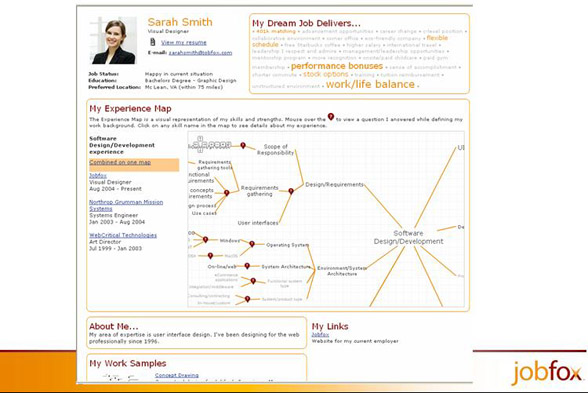