One company, the San Jose, California-based Trucker Path, has had a popular mobile Android/iOS application of the same name that offers crowd-sourced guidance to road comforts — the nearest truck stop, weigh stations, hotels, diesel fuel, and so on. It claims more than 240,000 users, or about 10 percent of the big Class 8 rigs.

Today, the company is announcing its web-based Truckloads Marketplace, where freight needing regional or long-haul trucking — and trucks needing loads — can connect and make deals. The Marketplace will be available in an open beta at the end of this month, integrated into the app with freight tracking.

A successful trucking marketplace is potentially a huge haul. About three-quarters of all freight in the U.S. is delivered by truck, accounting for about $670 billion worth of goods annually.

Brokers post info on the Marketplace about what needs to be carried, when, and from where to where. Truckers quote prices and brokers accept the offers they want. The company said that, in the future, truckers will be able to initiate the exchange. 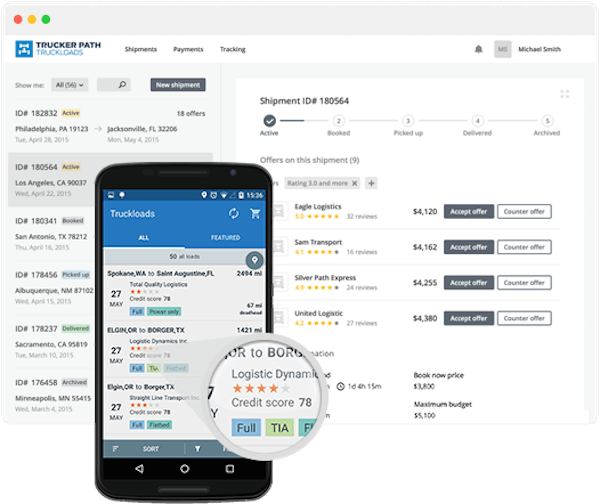 The Marketplace has already handled about 30,000 truckloads from about 300 brokers to about 15,000 trucking companies since its closed beta began in March, according to Trucker Path.

The competition for matching truckers and their hauls is still mostly in the slow lane, CEO and founder Ivan Tsybaev told me.

He pointed to load boards such as DAT, or Dial-a-Truck, which he characterized as resembling a bulletin board like Craigslist compared to Trucker Path’s Marketplace, which is a dynamic exchange like eBay.

He also noted that load boards do not offer reviews like his Marketplace, there’s little or no info on things like credit scores or insurance reports, and there’s no due diligence to ensure that brokers and truckers are federally licensed.

Other trucking marketplaces include Keychain Logistics, which connects companies with shipments to independent truckers.

Shipping marketplaces like uShip focus on consumer loads that are bigger than parcels, while Cargomatic is oriented toward local transportation.

The New York City-based Transfix has had a long-haul online marketplace since January of last year. Today, it is announcing the formal launch of its Android and iOS app for interstate truckers, released in beta in December. 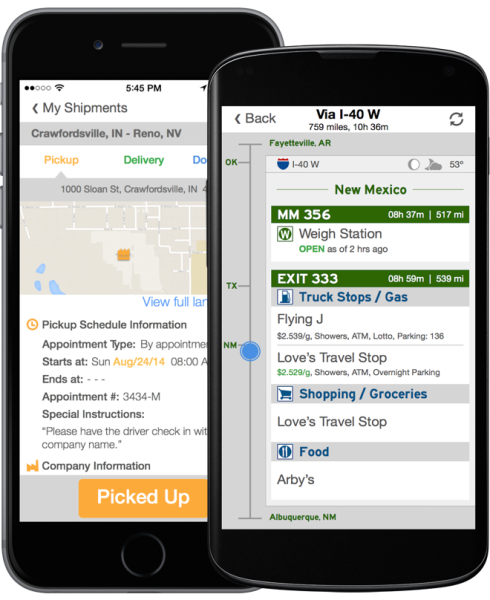 Their app, which also integrates the company’s web-based marketplace, now includes such new trip-planning features as whether showers, ATMs, and even Lotto are available at truck stops.

While Trucker Path’s Marketplace matches multiple brokers with multiple trucking companies, Transfix’s acts as a single broker for all shipping loads and then seeks trucking for such customers as Barnes and Noble.

Couldn’t Uber take over this market if it wanted to?