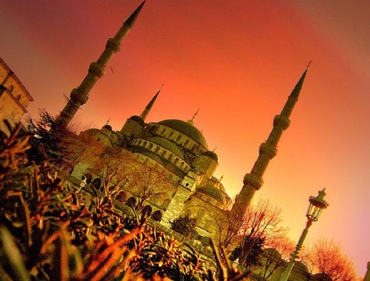 Last week, I visited Turkey, and discovered what a lot of people are saying about this fascinating country: It’s the next developing hotspot for technology startups, especially for e-commerce.

The sector is exploding: The Turkish e-commerce market hit $10.6 billion in the first six months of the year, compared to $16.3 billion for all of 2010.

And after years of neglecting Turkey, U.S and other investors are now starting to flock there. Investment capital isn’t gushing full-bore yet, as investors assess this still-emerging market. But 2011 is the year when the spigot was first turned on.

Until this year, Turkey looked like a backwater. Silicon Valley regularly sees private companies valued in the hundreds of millions — even billions — of dollars by venture capitalists who invest in them. But in Turkey, no private company had been valued as high as even $100M, according to Sina Afra, co-founder of one of the largest e-commerce companies in Turkey, Markafoni, and a seed-round investor. 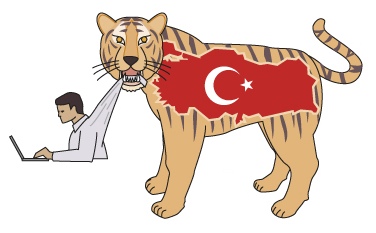 But in 2011, that all changed: First, eBay acquired 93 percent of Turkey’s largest auction site, GittiGidiyor — in a deal rumored to value the company at $215 million. Then South African media conglomerate Naspers acquired 70 percent of Markafoni, one of Turkey’s largest private shopping companies, in a deal valuing Markafoni at about $200 million, a value confirmed by my sources. Markafoni is also owner of Zizigo, the largest online shoe retailer in Turkey (yes, an a self-acknowledged copycat of the U.S. shoe retailer, Zappos).

Naturally, there’s great excitement here, and it was palpable at a the 4iX Istanbul investors conference I attended in Istanbul last week. The event’s producers, BootCamp Ventures, said it was the largest entrepreneur-investor gathering so far. It attracted investors from a dozen countries. In e-commerce, it feels a little frothy, even. By one count, there are 200 daily deal sites in Turkey — far more than in even bigger European countries. 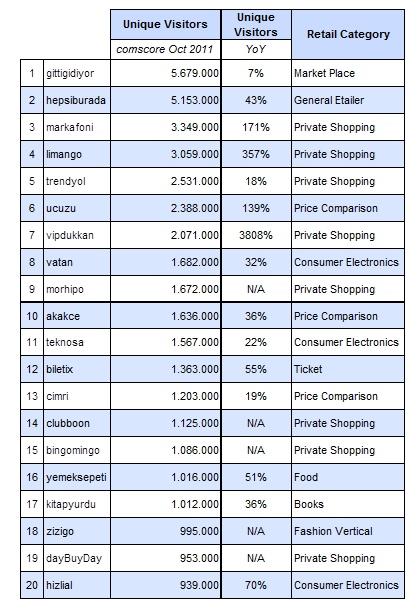 Why is this all coming together now? Well, it helps that Turkey has got its act together at a time when everyone else seems to be fumbling. Turkey is on pace to grow faster than 6 percent this year. It’s gotten its relatively high rate of inflation under more control, and its debt is low. It still has more work to do (mainly on the political and social fronts, and it has some weird censorship policies), but it remains relatively unscathed by the mess going on in the EU to its west — and the main progress indicators point upward (see our recent piece about Turkey’s restructuring and mobile boom).

The prime minister Tayyip Erdogan’s swagger, underscored by his assertiveness abroad, has boosted national pride too, even as he has concerned liberals suspicious of his pro-religious agenda.

Specifically, though, Turkey has got great fundamentals for Web start-ups. Turkey has got one of the youngest, most dynamic populations in Europe. Some 35 million people are Internet users — 12th in the world, and fifth largest in Europe, after Germany, UK, Russia and France. The median age is 28. Turks spend more time online than the average European. And they’re more interactive when they do get online: They’re the fourth most active in the world on Facebook, up from fifth a few months ago.  They’re the eighth most active on Twitter.

1) One prerequisite of e-commerce is a credit-driven economy, and Turkey has this big-time.

Turkey has an astonishing 62 percent credit-card penetration rate among consumers. My trip was limited to Istanbul, which is a relatively modern city as far as Turkish cities go, to be sure. But almost anywhere I went, even the smallest shop-owners accepted credit cards. In the free-wheeling Grand Bazaar, I bought a pair of jeans from a small vendor, and he took my card gladly, as did a small shop where I bought a ceramic bowl. Even a small, dilapidated snack stand, where I bought a bottle of water near my hotel, welcomed credit cards — and they did so without the wince that you often get from small U.S. business owners when you pull out a credit card. Turkey’s credit penetration rate is second only in Europe to the UK. But I’ve got the feeling Turkey might overtake the UK soon. Businesses seem more eager to take cards than in the UK. I say this more anecdotally, to be sure, but it hit me when two relatively established grocery merchants in respectable north London declined to take my credit card (one of them did accept a debit payment) last week.

2) Another e-commerce prerequisite is logistics: And here, too, Turkey has a grouping of shipping firms that can deliver products anywhere in a radius of more than 350 miles around Istanbul within 24 hours.

Markafoni’s Afra credits this factor for of his company’s own success in penetrating countries outside of Turkey.

The Turks have one major weakness when it comes to e-commerce, and that’s marketing, Afra told me in an interview. While Americans have experimented with behavioral targeting for at least five years, Turkey has barely started. Still, this void represents a great opportunity for investment, Afra said.

And Turkey domestic market size is limited, and so startups need to be clever about their expansion plans — a drawback suffered by other European countries. Startups can use Turkey to test out their products and services, but the tendency is for entrepreneurs to rely on that home market, and not think big enough, several investors told me. Companies that do go global often take the route first through Eastern Europe, Russia and even Asia before going after the U.S. — a uniquely Turkish recipe, Mae Ozkan, an investor in the seed fund Golden Horn Ventures, tells me.

Ozkan, one of the earliest seed investors in Turkey, said Turkey needs to build a vibrant ecosystem of managers, repeat entrepreneurs and other professionals before start-ups can be truly competitive with U.S-based startups, and she’s been working hard to foster that. Her work has apparently started to pay off. Other seed investors are starting to pile in: Murat Aktihanoglu, a Turkish investor now based in New York, said he refused to invest in Turkey three years ago because there was “too much country risk.” But now, he told the audience last week, he’s back and snooping around, and other U.S. investors are asking him for tips.

[Update II: Selcuk Ergin, a Turkish entrepreneur, just alerted me to a better list of investments he created. See slideshow below]