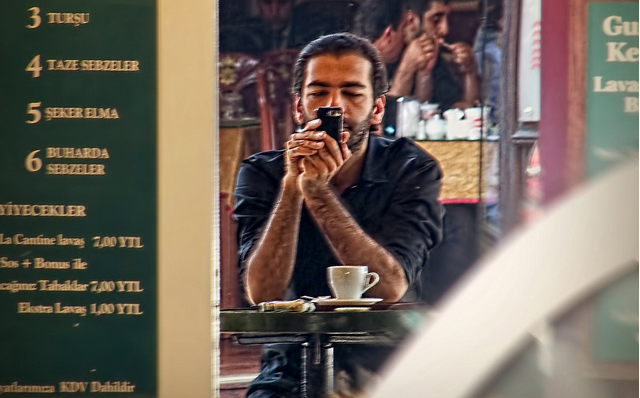 Developing markets are gaining speed and Middle East countries with young populations are at rise. With populations that are truly enthusiastic towards innovation, they are coming on strong in the technological market.

As the second fastest growing mobile phone market in the world, the Middle East has an essential part in this revolution. Some say that it even presents greater opportunities for revenue than European markets.

Turkey is taking advantage of these opportunities and leading the way for the rest of the Middle East. Located right between Middle East and Europe, Turkey is unifying this dynamic environment with Europe’s high technology.

Editor’s note: VentureBeat editor-in-chief Matt Marshall will be traveling to Turkey next week to attend 4iX, the 4th Istanbul International Innovation Investors Xchange on November 15 and 16. Read more about his trip and how to get in touch with him.

The first steps towards mobile revolution were taken with the significantly high rate of internet consumption in Turkey. According to the most recent statistics, people in Turkey spends the third-longest amounts of time online in Europe, and it has the largest number of internet users in the Middle East. While worldwide average time spent online is 23.1 hours per week, this number reaches 29.4 hours in Turkey.

Similarly, mobile usage is widespread in this fast-moving country. The number of mobile phone subscribers has increased from 50 million in 2006 to 80 million in 2011, including more than 20 million 3G subscribers.  With the completion of mobile revolution in the country, the overall mobile penetration rate expected to reach 95 percent in 2013, from just 43 percent in 2008.

The high consumption levels indicated by these statistics have gained Turkey significant international attention in the past few years. Well-known corporations such as Vodafone, eBay, Telecom Italia and Intel Capital are only a few of the global tech players that have entered Turkey, and new ones are being added rapidly. In the last year, around $1 billion has been invested in Turkish internet-based companies, ranging from private and group shopping to daily deals.

According to the World Bank, more and more investors are attracted to Turkey due to “a diversified economy, proximity to Europe, integration with European markets, the external anchor of EU accession, and a lengthy track record of solid economic management and structural reform.” For example, the government budget for R&D projects almost tripled in the last two years, enabling advancement in both finance and technology. This rapid and prominent progress in Turkey holds an example for the other countries in the Middle East.

In a more tech-friendly environment, companies are trying to satisfy the expectations of a growing audience. Startups have emerged that are taking advantage of this opportunity. For example, P.I. Works is a Turkish company that provides network optimization products used by voice or data wireless operators to increase the capacity and decrease the operating and capital expenditures for mobile carriers. Another well-establish start-up is the social gaming company, Peak Games, leading the gaming world both in Turkey and the Middle East.

Along with the start-ups that are filling various niche markets, financial companies are also pioneers of the mobile revolution, striving to provide their customers with uninterrupted service at all times.

In emerging markets, two types of mobile banking are dominating the mobile world: mobile banking for those without access to traditional banks (the “unbanked”) and mobile banking as a smartphone service. In the rest of the Middle East, mobile is mainly a way for the financially excluded to perform transactions through peer-to-peer lending or person-to-person payments.

But because of Turkey’s more developed mobile market, the emphasis in this country has been on sophisticated mobile banking solutions for customers of traditional banks. In this fast-paced society, people are looking for convenient ways to perform their banking activities. As of June 2010, Turkey had more than 16 million internet banking users who are processing more than 400,000 financial and non-financial transactions per month.  The majority of the internet banking users are inclined to use or switch to mobile banking due to its speed and flexibility. With a share of 40 percent in the mobile banking market, IsBank is converting more clients to mobile banking every day. Banks like Doha Bank in Qatar are going into smartphone banking, following Turkey’s lead.

In 2007, Turkey’s biggest bank, Isbank, partnered with my company, Pozitron, to create a unique mobile banking platform. With more than 75 different features, the platform Pozitron developed, IsCep, is one of the most sophisticated banking applications in Europe.

Turkey’s local market is getting stronger every day and it is ready to face the international competition. Whether it’s mobile banking, mobile games or other services, Turkey is poised for rapid growth in the mobile sphere. And due to its rather young population, Turkey is extremely responsive to technological innovation. The country’s youth quickly adapts to new technology and uses it on a regular basis, making Turkey one of the front-runners of the mobile revolution.

As Markafoni CEO Sina Afra said, Turkey “is a big domestic market with many young users who love to spend time online. Facebook, Twitter, Friendfeed are heavily used. The Turks spent significant amounts of money online and we all know that this is just the beginning.”

Fatih Isbecer (fatih.isbecer@pozitron.com, @isbecer) founded Pozitron in 2000 as a software development company. Along with the fast growth of the mobile industry, Pozitron shifted its focus to mobile software development since 2006. Currently, Pozitron serves over 40 clients, mainly in the finance, pharmaceutical and telecommunication sectors in Turkey as well as Middle East and Europe.  Isbecer’s success was recognized globally with Endeavor’s “Entrepreneur of the Year Award” in 2007.