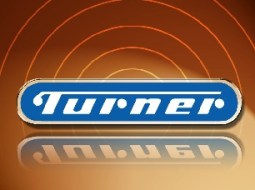 Turner Broadcasting System, the corporation behind networks like CNN, TBS, and Cartoon Network, has announced a partnership with Attributor, an online content tracking and analytics company. The partnership would allow Turner to track and study how users upload and access (both lawfully and unlawfully) its video content.

Attributor’s audio/video tracking tools work by fingerprinting a content provider’s video. For Turner, this means loading its online video library into Attributor’s software and having an algorithm attached. Once the content has been tagged, Attributor’s software can search over 35 billion web pages for matches. Ultimately, this can provide Turner with a wealth of information like when and where its content has been distributed on the web, as well as whether the postings have driven traffic back to its destination sites.

Fingerprinting video in this fashion is often useful for tracking down copyright infringement, but the partnership with Attributor could also let Turner bolster its monetization efforts. An Attributor spokesperson told us the company’s goal is often to avoid issuing take-down notices in favor of brokering deals between content providers and the ad networks serving an offending site.

Depending on the terms agreed upon between Turner and some of its more prolific bootleggers, the partnership with Attributor could provide the broadcaster with the means to generate revenue from previously untapped sources.

To be fair, Turner could also leverage its partnership to start delivering take down-notices with gusto. Granted, it seems unlikely given Turner’s fairly online-friendly approach to date (most of its destination sites offer some form of video), but it’s a possibility nevertheless.

News of the partnership comes roughly one year after Attributor raised $12 million in a third round of funding led by JAFCO Ventures and Sigma Partners. To date, Attributor’s stable of clients include the Associated Press, Reuters, Financial Times, and CondéNet. The company is based in Redwood City, Calif.