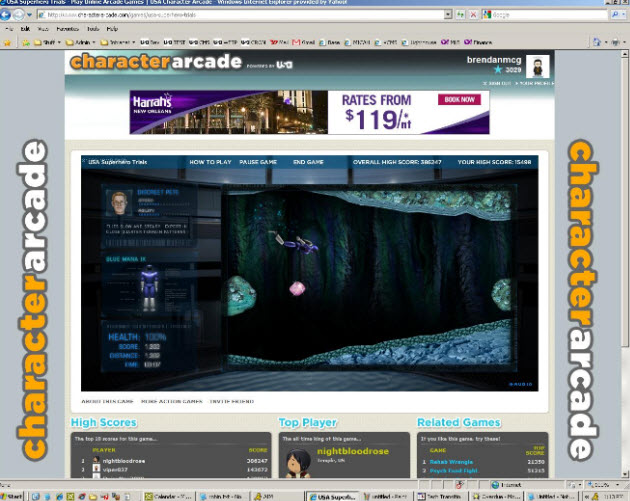 It’s launching partnerships with game startups NeoEdge Networks, Bigpoint, and Bunchball, all of which will stock the Character Arcade with a combination of ad-based casual games, free-to-play online games with virtual goods transactions, and community-like social networking features that can keep consumers coming back. Altogether the Character Arcade, which was designed by GlowPlay, has 50 games. 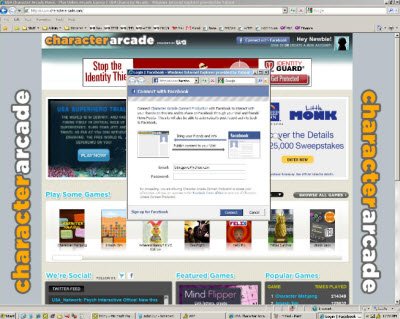 The deals show that New York-based USA Network, a division of NBC Universal, is serious about its expansion into games. This is a classic partnership between old media and new. USA Network is 36 years old and is viewed in 98 million homes via cable TV, with shows such as Monk, Law & Order: Special Victims Unit, and Burn Notice. USA Network made its first jump into casual games last year and launched iPhone games this spring. Now it has a chance to get big in games quickly, thanks to the alliances.

Jesse Redniss, vice president of digital at USA Network, said in an interview that the alliances will nearly double the company’s game catalog by the end of the year.

“These alliances are the connective tissue that can give us a 360 degree presence in games,” he said. “To play a game or communicate, you will never have to leave our core properties.” 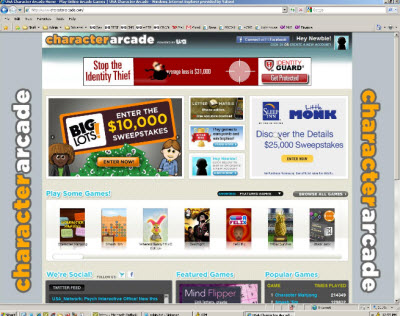 Bunchball is creating a rewards and points platform that gives site visitors incentives to come back, and it is also integrating the site with Facebook, Twitter and other social media sites. Bunchball’s SocialLink technology, together with Facebook Connect, will let fans challenge each other, share high scores, and chat as they play games. With Bunchball, USA Network can offer incentives through its own virtual goods system.

NeoEdge will contribute ad-based games to USA Networks’ roster of games. In turn, NeoEdge will wrap ads around some of USA’s Character Arcade games and make them available on NeoEdge’s own vast network of distribution channnels for games, from MSN Games to Yahoo Games.

Meanwhile, Bigpoint of Germany will provide massively multiplayer online games for players on the Character Arcade site. These free-to-play games, which can be monetized through virtual goods transactions, will add depth and breadth to the line-up.

“The intersection of social media and games is the hottest part of the industry now,” Redniss said. “The projection is that casual games will be a $10 billion to $11 billion business by 2011 and that is something we want to be part of.”