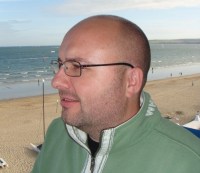 I just got off the phone with TweetDeck founder and former one-man team Iain Dodsworth. In 2007, Dodsworth got sick of single-column Twitter clients and wrote his own application that took the complete opposite approach. “I didn’t want this tiny little Twitter experience,” he told me. “I wanted this big, obtrusive screen. I want obstrusive apps that suck me in, that require 100% of my attention, that don’t let me get anything done. Because that’s real engagement.”

The new version of TweetDeck is designed to boost your level of engagement with the screen-space-eating program. It adds MySpace support, increases Facebook support, and adds the TweetDeck Directory, a catalog of Twitter accounts worth following. An iPhone version of version 0.30 should pop up in a week or two, whenever Apple approves it. 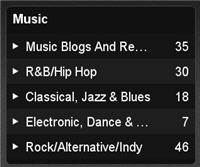 The TweetDeck Directory, the other big new feature, is the company’s answer to Twitter’s Suggested User List. But instead of a single list of stuff-we-randomly-like, the Directory is a catalog of popular Internet topics: Music, Travel, Jobs, Sports, News, Tech, Tech, Tech, plus a few more. There are dozens of entries for many categories, totaling thousands of feeds.

Some people are born CEOs, some achieve CEOness, and some like Dodsworth have it thrust upon them. “I put Tweetdeck out to solve my problems with Twitter,” he said. “Not to start a business, or for the greater good, but for myself.” To what seems like his honest surprise, TweetDeck was an instant hit. According to a study by business intelligence software maker Sysomos, TweetDeck is the second most widely used means of accessing Twitter other than a browser window. Its user base, Sysomos says, is larger than all other Twitter apps combined.

But most important, now that TweetDeck is an eight-person company with several software developers and Dodsworth as CEO, he’s begun expanding the app from a Twitter console to what he thinks of as a browser for the social networks part of the Internet. I’m serious: He calls it a browser now. It’s worth considering, since a high-attendance cross-section of Internet users seem to spend their entire time on Twitter, Facebook and blogs from within TweetDeck. The company’s long-term goal is to make TweetDeck an all-consuming social network console, one that takes users away from using their browsers or other apps.

Businesswise, Dodsworth secured $300,000 in funding in January, led by New York-based firm Betaworks. A new round in the works, also led by Betaworks, should add “a couple million” to the company’s capital. They’ve sold a few placement partnerships with companies (Dodsworth declines to name them) that handle photo uploads and other Twitter-enhancing functions. But, he says, “We’re still looking for a scalable revenue model. We’ve only now got a larger user base to do testing. In terms of figuring it out, it’s not just brainstorming for one day. It’s trying different things. I’m sure Google tried lots of things before they finally rolled out the ad model they rolled out.”