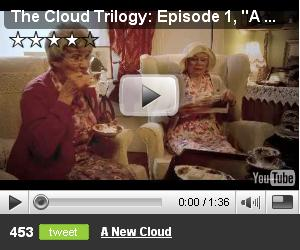 Twitter said it’s planning a large-scale advertising network soon, but U.K.-based Tweetmeme beat them to the punch with a monetization effort of its own today.

The startup, which creates those green ‘Retweet’ buttons you see everywhere (including on this site), is rolling out the same feature for ads. They’re partnering with Federated Media to insert retweet buttons into their advertising two weeks from now, enabling people to share compelling ads with others.

Advertising in social streams has historically been a touchy issue (see: Facebook Beacon in 2007). Users logged into Twitter and Facebook want to see what their friends are up to, and they don’t want those personal messages to be conflated with advertising. There have also been other advertising efforts launched around Twitter, like Sponsored Tweets, which pays people to send out commercial messages. But those haven’t gained widespread traction for the very simple reason that if you pollute your stream with too many boring messages, you risk losing followers.

But Tweetmeme’s product is interesting because it returns advertising to its roots in some ways. Great advertising has always been about connecting with people — remember Apple’s “Think Different” campaign or the never-ending “Got Milk” print and TV ads. They’ve become cultural touchstones in some ways. This could incentivize online advertisers to create material that’s more engaging or social.

It’s also the direction in which advertising is headed on other social networking platforms. Facebook, for example, sends detailed metrics back to its advertisers on how many shares, likes and comments their campaigns receive. They also send how many “Hides” an advertiser’s content gets if users find it uninteresting.