Twilio (TWLO) today entered a new phase of the company’s history. The cloud-based telecommunications platform provider is now public, and its shares began trading this morning at $23.99. The company, which is listed on the New York Stock Exchange, is currently valued at more than $1.97 billion. During early trading hours, Twilio’s stock has climbed to more than $25.

Some have held that Twilio’s performance could be a good indicator for other technology firms waiting to enter the market. And the company is certainly off to a nice start — the initial price of $23.99 is a nearly 60 percent increase from the $15 it was priced at yesterday. Twilio has issued 10 million shares of Class A common stock.

To mark the occasion, Twilio held a “code jam” to celebrate the developers in its community. This live event was broadcast right from the floor of the NYSE on Twitch and featured the company’s senior developer evangelist Rob Spectre, developer David Huerta, and Dropbox’s Leah Culver all looking to create as many apps as they could. 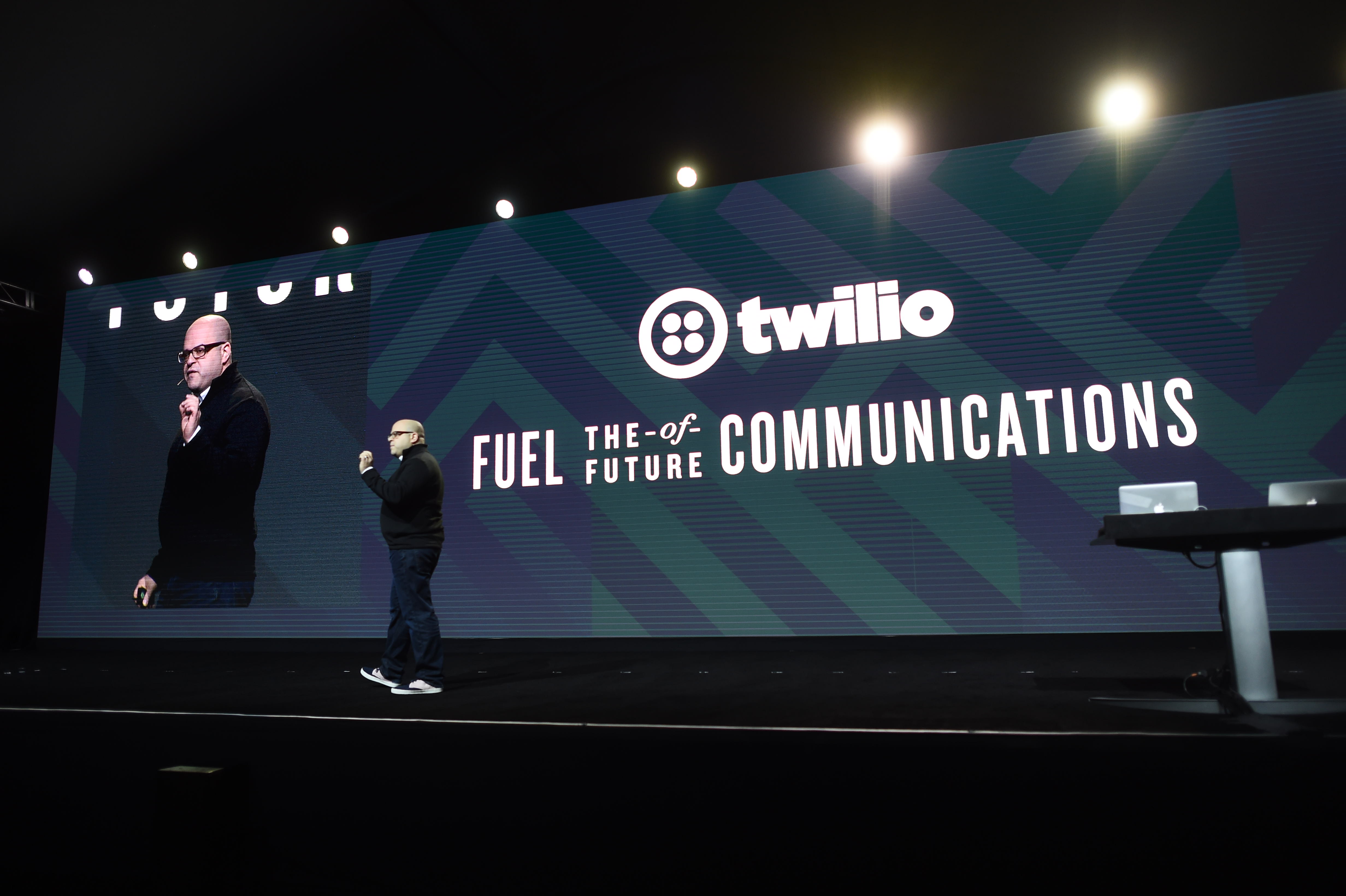 Above: Twilio CEO Jeff Lawson on stage at the company’s Signal conference in San Francisco, Calif. in 2016.

In May, Twilio filed paperwork with the U.S. Securities and Exchange Commission (SEC) for a public offering. At the time, it indicated that it sought to raise $100 million from shareholders. Days later, Twilio priced its shares between $12 and $14, a range described as “surprisingly low.”

Wall Street is paying close attention to Twilio’s performance today, as it’s one of the few companies that have gone public this year, amid concerns about a skittish market and potential shareholders looking to steer clear of companies with no profit. If Twilio does well out of the gate, its success could lead to more companies moving forward. Beyond Twilio, other firms that have entered the market include Dell spin-off SecureWorks, Acacia Communications, and NantHealth.

“There’s a higher bar today for companies to go public, but the best will certainly be able to do so,” said Dave Yuan, a general partner at Technology Crossover Ventures. “Ultimately, investors are looking for growth and earnings. Companies that can exhibit both by addressing large markets with differentiated products and great execution will always see demand from investors, private and public.”

Started by Jeff Lawson, Evan Cooke, and John Wolthuis in 2008, Twilio is a cloud communications company that appeals to developers interested in incorporating phone and messaging services into their applications. To date, it claims to have more than 1 million developers on its platform, one that includes a slew of features –including enterprise support for session initiation protocol (SIP), MMS messaging features, Facebook Messenger integration, and, most recently, a programmable SIM, add-on marketplace, and a unified notification API.

Although the company has clearly grown in the past eight years, it is also following the trend seen in most technology companies when going public. According to its S-1 filing, at the end of 2015 Twilio brought in $166.92 million in revenue but had a net loss of $35.5 million. In other words, it’s losing money. 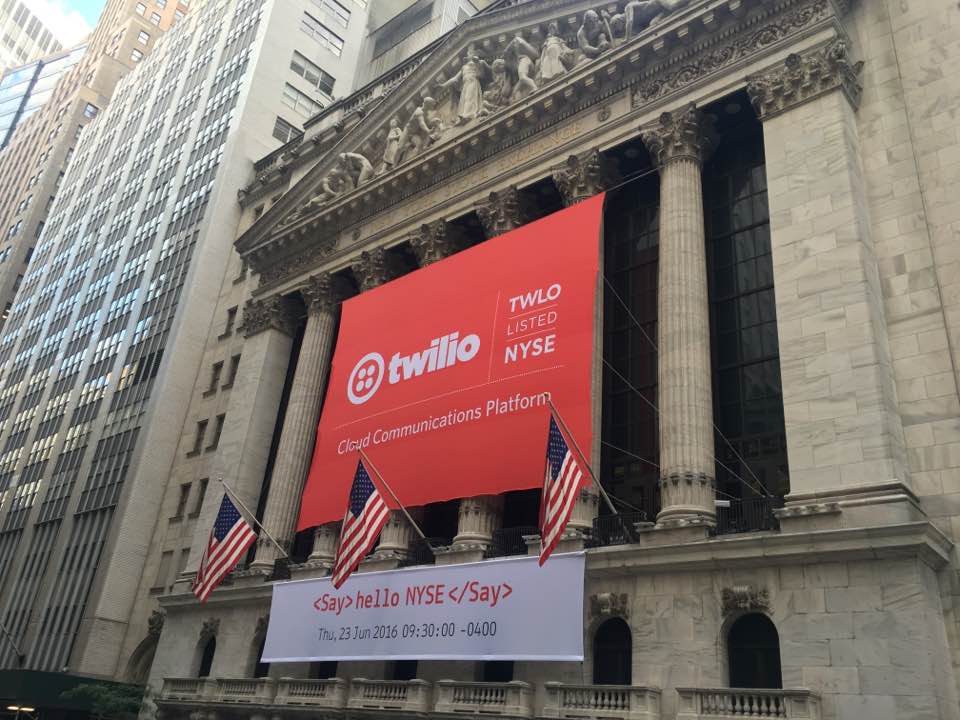 Some may also worry about Twilio’s dependency on WhatsApp — the Facebook-owned messaging app accounted for 15 percent of Twilio’s revenue in the first three months of this year. How will this impact the company should Facebook pull the plug on an integration?

Twilio’s offering isn’t unique, and it has faced competitors such as Nexmo and Tropo, both of which have since been acquired — the former bought by Vonage in May for $230 million and the latter picked up by Cisco in 2015. However, Twilio did have an enormous war chest at its disposal, which helped propel the company to this point. It had raised more than $233 million in funding from investors like 500 Startups, Altimeter Capital, Bessemer Venture Partners, Draper Fisher Jurvetson, Fidelity Investments, Founders Fund, K9 Ventures, Union Square Ventures, T. Rowe Price, SV Angel, Salesforce Ventures, Redpoint, and numerous angels.