It may sound like “gamification” rearing its ugly head again. But Kevin Whinnery, lead developer of the game, said that description isn’t a good one because it doesn’t reflect the effort that has gone into creating the game-themed tutorial application with animations that are done in classic 16-bit arcade style. Developers go on quests to complete programming challenges in desktop training sessions that replace live training.

Whinnery has been at Twilio for 6.5 years. He spent a lot of that time as a developer evangelist, teaching developers how to use JavaScript so they could be more successful. But the game turned out to be a better way to engage people, and the new version is a ground-up rewrite of the game. Whinnery and his team spent about six months on the latest version, which has about 10 hours of content.

“Over the years we’ve added more capabilities for developers to use that they wouldn’t have been able to build themselves,” Whinnery said. “It’s similar to Amazon Web Services where you pay for usage. Our success is predicated on developers being successful with our API. If developers can’t figure out how the API works, or if it doesn’t work well for them. They won’t use it. And Twilio doesn’t get paid.”

“We can justify a large investment in the game over many years, because essentially, when developer communities are healthy and growing, Twilio tends to do well,” Whinnery said. 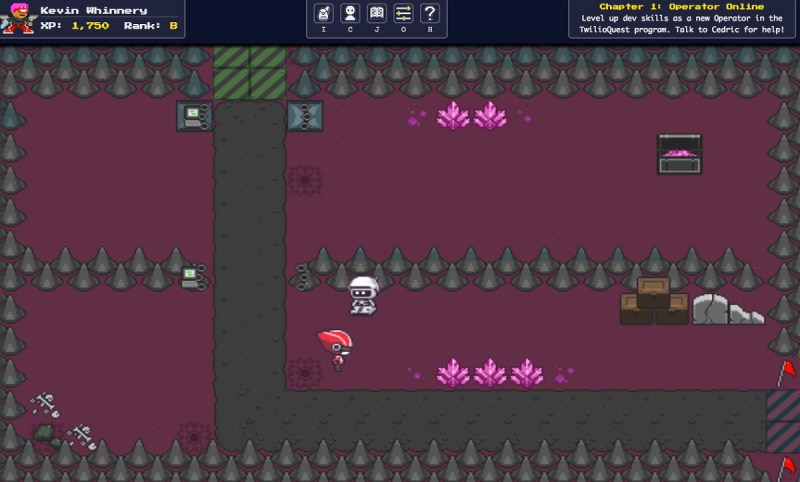 Above: Twilio Quest 3 debuts on August 5.

Twilio’s long-term goal is to teach a million developers how to code. What started as a tutorial for teaching coding has now turned into a full game. The company has invested in the game because it found that people from all different backgrounds (not just professional programmers but self-taught developers from across the globe) engage more when learning to code is fun.

Instead of focusing on Twilio-specific skills only via a game-themed tutorial web site, Twilio Quest 3 is now a fully-fledged desktop video game for Mac, Windows, and Linux. It’s a top-down adventure set in a 2D environment (a nod to the developers’ love of old school games like Legend of Zelda and Pokémon). And it teaches technical skills beyond just what developers need to implement Twilio.

Twilio is a big public company that focuses on cloud communications, and it has worked with millions of Twilio developers who use the company’s applications programming interface (API). Those APIs enable developers to send and receive text messages, make and receive phone calls, and add two-factor authentication to their applications. Over time, Twilio API-related content will represent the minority of training missions in TwilioQuest.

“The intended audience for this is much wider, as we want to increase the number of developers rather than teach only existing developers,” Whinnery said.

The biggest technical and user experience change to TwilioQuest will be moving from a browser-based web application to a downloadable desktop application. The company did this in the third version to tightly integrate with the player’s development environment. Now it can create auto-validated code challenges that teach a huge variety of concepts from PowerShell commands to Elixir macros. By using developer tools installed on a player’s computer, Twilio can rapidly create lessons that would be difficult or impossible to implement in a cloud-based environment.

Why TwilioQuest became a full-fledged game 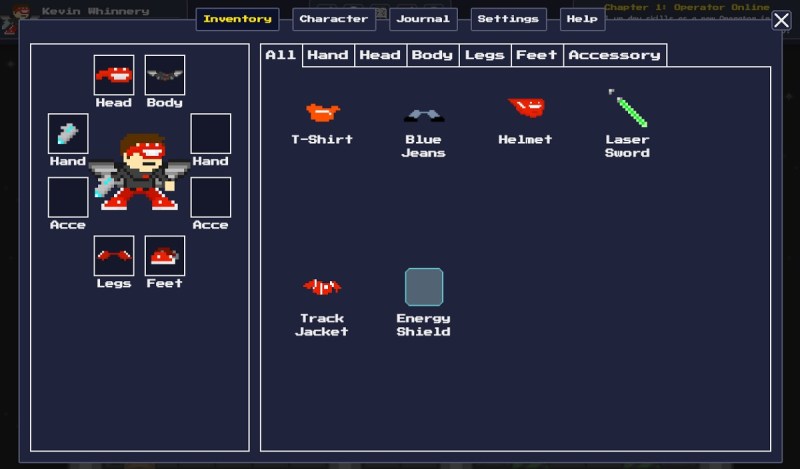 Above: TwilioQuest 3 evokes the 16-bit era

TwilioQuest started as a gamified badge tutorial system. Now it provides a path for learning complex topics that users can learn at their own pace. Based on what the feedback so far, the narrative structure, feedback loop, and opportunity for exploration offered by video games (specifically those in the RPG genre) will help more people, from all backgrounds learn to code.

TwilioQuest 3 is for anyone interested in leveling up their programming skills and getting familiar with Twilio. The goal is to build out the game so that anyone, regardless of their programming background (or lack thereof), can learn to code by playing the game. Twilio will roll out new chapters that make TQ3 more accessible to all skill levels.

Twilio partnered with Misty Robotics to build Cedric, the robot guide. Cedric is a non-player guide, inspired by Misty, a personal robot platform for developers. Misty provides developers access to the potential of personal robots for business and personal use without having to have knowledge in robotics.

Twilio has been working with the Misty robot platform, building skills for her to enable a “real life” Cedric experience for attendees at Twilio’s annual Signal conference, which takes place this week in San Francisco and draws thousands of developers. Misty Robotics was founded by Ian Bernstein, a cofounder of Sphero, which was an early user of the Twilio SMS API. Sphero used Twilio’s API to control and navigate Sphero balls.

Above: TwilioQuest 3 is out to beat inauthentic gamification.

“I kind of hate the word gamification because it implies that you’re like trying to trick people, like, it’s not really a game,” Whinnery said. “You’re trying to make it look at feel like a game. What I aspire to you with TwilioQuest 3 is to actually be a game. A major inspiration for me is when I think back on playing Oregon Trail back in grade school. That never felt like I was being tricked. That was just fun, I happened to be learning at the same time. Having a good time playing this game was already intrinsically satisfying. So I think over time, we will introduce some gameplay elements that work in non-educational games. Like we’re working on a simple RPG combat system.”

In that version, you’ll run into minions of legacy systems.

“I think like the difference between gamification, and a game is that a game is intended is designed to first and foremost to be fun, and to provide some kind of meaningful value. The term ‘gamification’ has fallen out of fashion because it was associated with inauthentic marketing tactics or inauthentic growth hacking tactics. 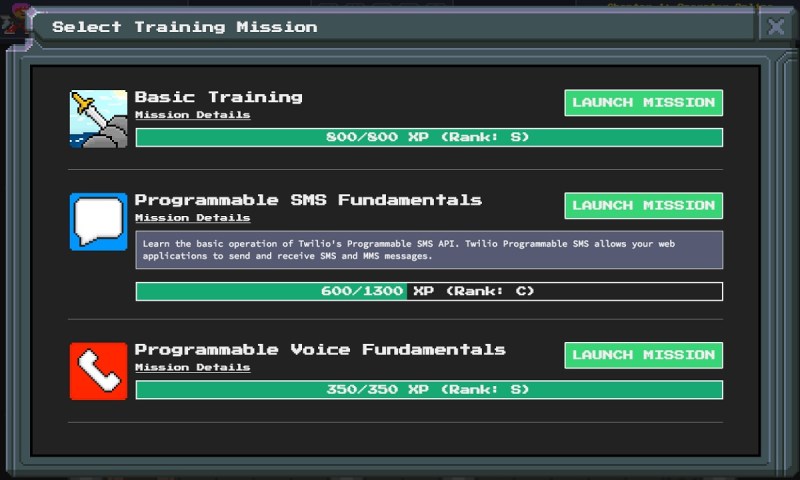 The company will add new chapters in perpetuity to build out the adventure and continue making it a tool to help anyone learn to code. Over the next year, players will be able to team up with non-player character (NPC) party members to take on larger missions. Eventually, the players will be able to do even more fun activities like crafting items and facing the minions of the Legacy Systems in RPG combat. There will be more non-Twilio content coming soon.

This content beats traditional developer education and live training, which was one-size-fits-all. By contrast, the game can be customized to the user’s own state of knowledge. Players can learn at their own pace.

“The role-playing game metaphor seemed to make a lot of sense,” Whinnery said. “The version out today is an evolution of the original tool, which I used primarily for live training. But what I didn’t really anticipate was how powerful is going to be for to just make technical education, a little bit more fun. And I didn’t know how powerful it would be to make education more accessible.”

“We wanted to double down on the gameplay mechanics that had made Twilio classes successful before. So that is what we have, we have a PC game for Mac, Windows, and Linux, that should feel very much like a PC RPG sort of inspired by Zelda and Pokemon and other classics of the 16-bit era,” Whinnery said.

So far, the results are telling. TwilioQuest users spend about 25 minutes on the website, or much more than for other educational materials.

“Thus far, we’ve been mostly teaching people how to use the Twilio API. And this is kind of our first foray into teaching non-Twilio topics. But what we found is that developers who, onboard to our platform through TwilioQuest are 25% faster to get to a milestone we call product active, which is where a user of the Twilio API has successfully used a product in a meaningful way.”