Twitch draws more than 100 million people a month to view live broadcasts of video games. But the social video platform is also expanding beyond that core audience to include for musicians and artists. The company underscores this ambition with the announcement of the Twitch Creative community today. 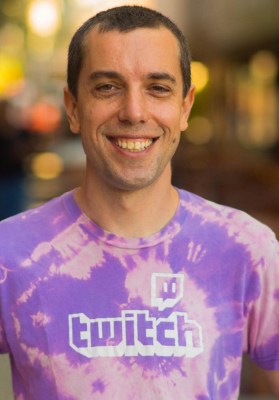 Twitch Creative is a dedicated landing page that highlights the streams of broadcasters who aren’t in gaming, such as artists who share their creative processes while they’re working or videos of musicians doing what they do.

To celebrate the Twitch Creative channel, Twitch will broadcast all 403 episodes of the TV series The Joy of Painting, hosted by artist Bob Ross and aired originally on PBS. The event enabled by Janson Media and Bob Ross Inc. will honor the memory of Ross on his birthday, which is today. The episodes will air from October 29 to November 6 on Twitch.tv/bobross.

“It’s a place to broadcast your creative process,” said Morrier. “Any act of creation that winds up in a tangible work can be included, like painting, sculpture, or a song. It’s a fantastic creative community. Some people incorporate the live feedback into their art. We think it’s going to be a big deal.” 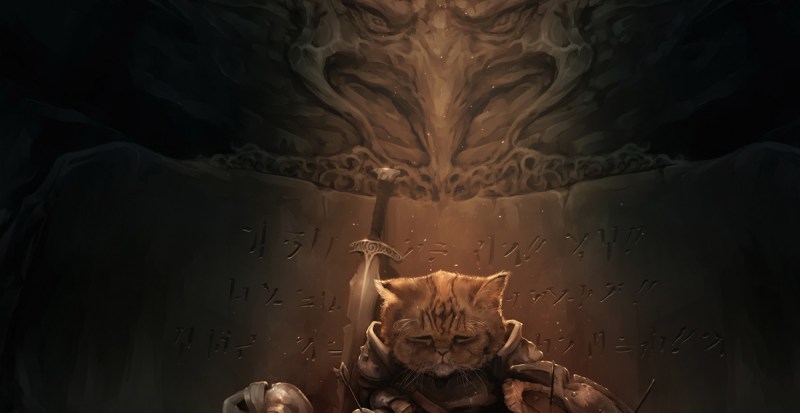 Adobe is the official launch sponsor of the new Twitch Creative category. It is partnering with artists from the Twitch community on its Creative channel to provide a full schedule of programming, inviting everyone to get inspired by the amazing things creative people can do. Twitch has 1.7 million broadcasters, and some of them aren’t just livestreaming gameplay.

“Creativity belongs to everyone. Adobe helps millions of creators share their imagination with the world. They inspire us,” said Mark Randall, the vice president of creativity at Adobe, in a statement. “We are thrilled to help showcase the incredible work people are doing – and share their creative spark.”

Darren Geers, who broadcasts on Twitch Creative as Geers_art, is a digital painter and illustrator. He has been broadcasting on Twitch for 18 months, and he has done it full-time for seven months. Geers makes money creating commissioned art work for other Twitch broadcasters (as well as other pieces). Morrier said that streamers are showing how to create watercolors, 3D models, and digital art.

“The creative section on Twitch is a gathering place to do something that is not gaming related,” Geers, a 33-year-old Michigan resident, said in an interview. “I create things for broadcasters, like emoticons and background art.”

Geers is putting up to 60 hours a week into illustrating, with much of it broadcast live on his channel. He gets maybe 400 viewers per session, though it spikes to 1,500 or so sometimes. He expects the Twitch Creative carousel will help boost that. What he likes about the live broadcasting is the ability to answer questions live.

“The teaching element is the biggest draw of live art,” Geers said. “I walk them through how to learn different drawing techniques, and answer as best as I can.”

Kyle “MonkeyOnStrike” Reddington, one of the category’s established artists, is working as the Twitch Creative community manager.

“As we’ve watched our beta Music category take shape, among the most popular broadcasts are musicians creating original compositions,” adds Morrier. “Since the specific act of crafting a song is as much a form of art as the other content under the Creative category, it made sense to migrate this singular use case over.”

As for the growth, Morrier said, “It’s like what we saw on Twitch in the early days. It’s quick and organic growth, fueled by passion.” 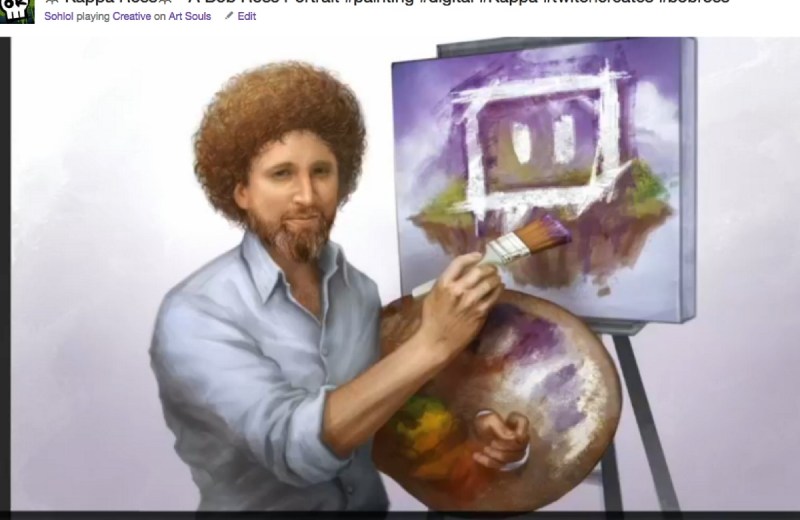 Above: Art by Bob Ross to be highlighted on Twitch Creative.