As TwitchCon 2018 goes into full swing today, Amazon’s livestreaming division Twitch is out to assert its appreciation for its community by doubling down on interaction tools and monetization.

Emmett Shear, CEO of Twitch, and other developer leaders talked about the sheer momentum of the livestreaming service and the engagement of both streamers and fans. On average, more than a million people are tuning into Twitch at any given moment. Every day, nearly half a million streamers go live on Twitch.

In 2018, more than 235,000 streamers have taken their first steps by earning Affiliate status and more than 6,800 streamers achieve the level of Partner. More than 18 billion messages have been sent in 2018 over chat and Whispers features. Fans have shown support with more than 85 million “Cheers” and subscriptions this year. More than 150 million clips have been created to show the most memorable moments on Twitch this year.

Earlier this year, Twitch launched Community Gifting, which gives viewers the power to gift subscriptions to other viewers in a channel. In nine weeks, streamers have earned over $9 million through this feature. One individual even gave out 6,600 gifts to viewers to the tune of $33,000 in a single night. On stage on Friday, Shear said the company doubled the amount of money paid to affiliates and partners in the past year.

In a talk to developers on Thursday, Shear and his developer relations vice president Amir Shevat said the theme of the TwitchCon show in San Jose, California is “grow, connect, and thrive.” Twitch is releasing new tools to make it easier for streamers to get discovered. And it will enable new types of monetization, including merchandise stores and advertising on extensions, or overlays on the Twitch interface.

I spoke with Amir Shevat yesterday after his keynote talk at the TwitchCon Developer Day on Thursday. Here’s an edited transcript of our interview. 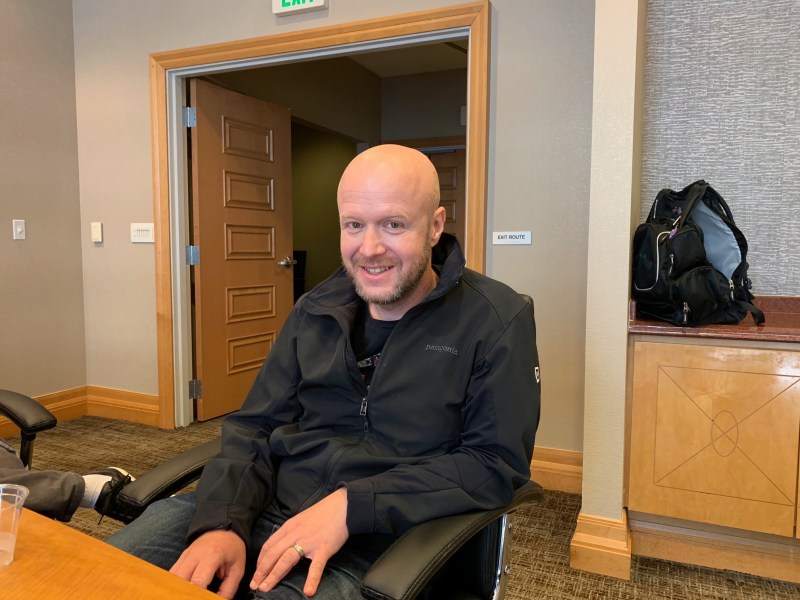 Above: Amir Shevat is vice president of developer experience at Twitch.

GamesBeat: What do you think were some of the bigger things that the devs here cared about?

We talked a bit about that in the panel. We’re redefining the way we do interaction and the way communities interact with each other in channel. That’s one message. This is a big movement, and it’s not just for games. It’s for every type of entertainment. It’s becoming mainstream. Brands and developers are joining.

The second thing is that we’re seeing a lot of developers joining, and we want to help them with what they’ve given us feedback on. Building better tools to make it easier to build on Twitch, and helping with discovery. I don’t know if you were in the panel with the streamers, but discovery is very important. And then monetization. When we started talking about monetization, everyone in the audience got quiet. That’s awesome, because that’s important to us. We want to make this a thriving business for people.

GamesBeat: What’s been turned on so far for monetization, and what’s the message about things to come?

Shevat: This year we launched Bits in extensions. Bits are a virtual good you can put in and exchange for interactions. Say I have a game with a few lives and I want to get more lives. I can use Bits to get that. Or I want to play a sound, like a sound alert. There’s a split between the streamer and the developer on the value of that Bit. Viewers spend Bits and there’s a rev split.

GamesBeat: Is this really taking off?

Shevat: Yes. Things like sound alerts — I talked to a developer who left his job and started doing that full time. That’s a good sign. What’s coming up next are things like — we’re going to enable different levels of value that developers can give to different types of subs. Say I’m a streamer. I have people who are not subscribers, and then I have people who are subscribers in different tiers. Developers will be able to be aware of that tier arrangement, that status, and provide different experiences to different subs. They’re going to be able to provide value on behalf of the streamer to their subs.

GamesBeat: Do you have any examples of how you could tier that kind of service?

Shevat: Right now this is all in the future, so we’re only thinking about experiments. But I could have emoji in chats. I could say that a tier one gets the general channel emoji, and then tier three gets the streamer’s selected emoji. You can think about benefits like that in goods, or in game integrations, with things like free keys. As a streamer, my top tier might get free games every month. Game developers could participate in that value exchange. They could say to the streamer, “We’re launching a new game. Here’s 100 keys to give to your top subscribers.” Think of it as a way to really align the incentives of all the players, and hopefully to make everyone’s experience happy and productive.

We’re launching merch today. That’s in partnership with Amazon Pay. People can actually sell stuff. We’ve seen that as a big request from both streamers and developers. Last of all, we’re thinking about ads. Imagine I’m playing a game and I’m on my last life. I might see an ad that says, “Watch this to play another game with a life extension.” Again, I see the ad and the revenue splits between the streamer and the developer. 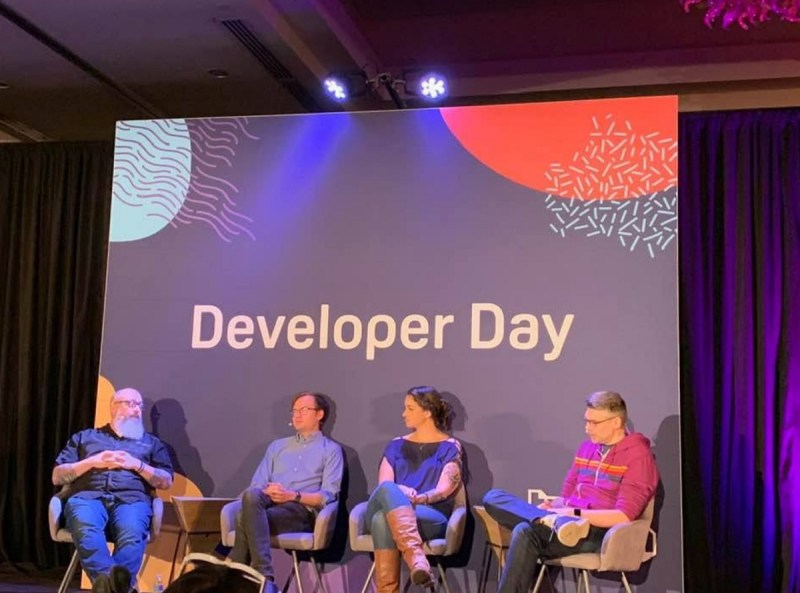 Above: The streamer panel at TwitchCon developer day.

GamesBeat: And that advertiser is reaching the streamer’s audience?

Shevat: Exactly. There’s a lot of engagement. There’s also a lot of intent. You can see that this audience is well-tuned and well-motivated to spend money.

GamesBeat: I thought the Dead Cells thing was pretty funny.

Shevat: The interaction of moving viewers to be active participants could be mind-blowing. If you look at Fortnite, for example, in the last year it’s been watched for 17,000 years of watch time. You have so much engagement that you can turn from being passive engagement, or slightly passive plus chat, to being active engagement. That’s the big opportunity there.

GamesBeat: ShadowFox mentioned that you want that to be a positive interaction and not an obstructionist one. You don’t want the audience to make it impossible for you to play.

GamesBeat: Developers have to really think about what kind of interaction they’ll put in these things.

Shevat: I mentor a lot of startups. That’s always the case. You always need to think about the ways you can make your users do the right thing. I’ve done that in mobile apps and other places. Here it’s the case as well. How can you encourage people to do the right thing and create positive interactions?

GamesBeat: An extra life is a good example.

Shevat: An extra life, a chance to strengthen your shield, an ability to make the lights in a dungeon brighter. All these things could be part of an amazing experience. I talk to some developers who just want to put graffiti on the wall. They were willing to create this crazy game integration where the streamer is paying to spray-paint on the walls of the game.

Shevat: There’s a Japanese developer that’s already doing that. Depending on yea or nay in the chat, there’s a sound that plays, like “YEAH!”, and their choices play out. Another aspect that’s interesting is viewer to viewer interaction. What we’ve heard from the streamers is that sometimes they’re very engaged with the chat, but sometimes they want the chat to take care of itself. An extension that helps viewers engage with other viewers is critical to the health of a community.

Shevat: The two most popular ways are through subscriptions to their channels and through ads. But on top of that we have a full range of ways. They can monetize cheering with Bits, or through selling merchandise.

One of the most effective ways they’re generating money is through Twitch Prime. Twitch Prime is a free benefit of Amazon Prime, so as long as members hook up their accounts they get a free sub every 30 days. That’s been very beneficial for our partners. They saw a big increase in revenue based on all those subs coming through. When you use the free Twitch Prime sub, it’s the same as if you hit the subscribe button. Just by being a partner, they’re also bringing in a lot of incremental income from influencer programs and sponsorships.